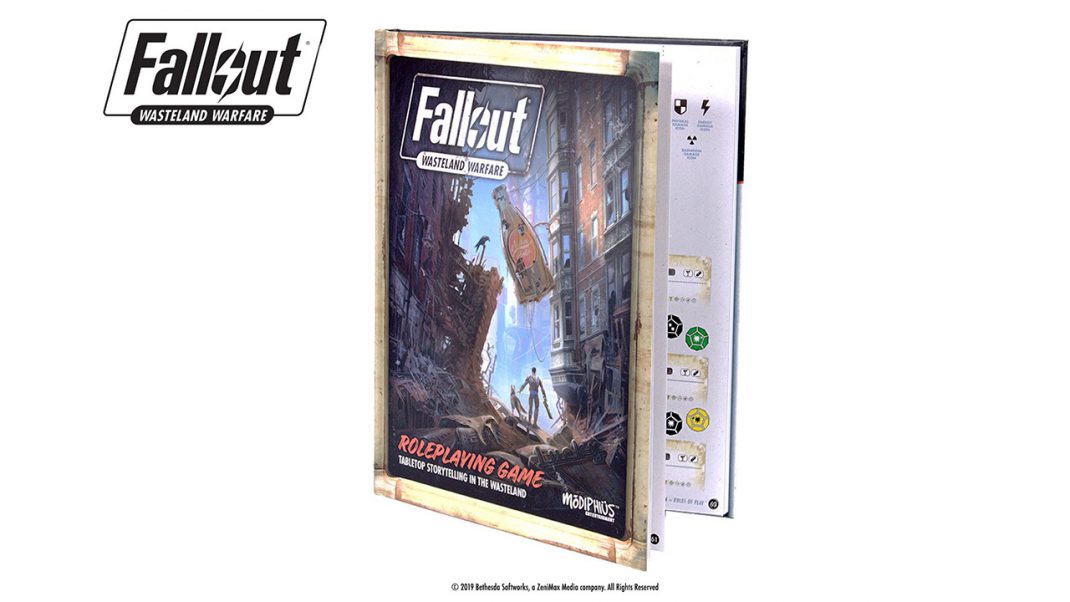 TABLETOP ROLEPLAYING IN THE WASTELAND!

Designed for 1 Gamemaster and up to 6 players, aged 14 and up.

The Fallout: Wasteland Warfare roleplaying game builds on the narrative wargame​ experience of the tabletop miniatures game and will include new rules for character creation and creating adventures in the wasteland.

Delve into abandoned Vaults, ruined cities, strange facilities, and antiquated military bases. Encounter Super Mutants, Raiders, Survivors, Vault Dwellers, the Brotherhood of Steel, the Institute and the Enclave, and many more! Will you roam wide and far, or build up and protect your settlement? For those who want to create your own unique characters or use the faction based Archetype cards to start your own hero and see them grow from adventure to adventure.

Every copy of the Fallout: Wasteland Warfare Roleplaying Game Expansion will come with a set of free downloadable files which will be updated as they are released:

A complete stand-alone boxed set will be available for Christmas including cards,
dice, and rulebook for those who prefer everything in one package!