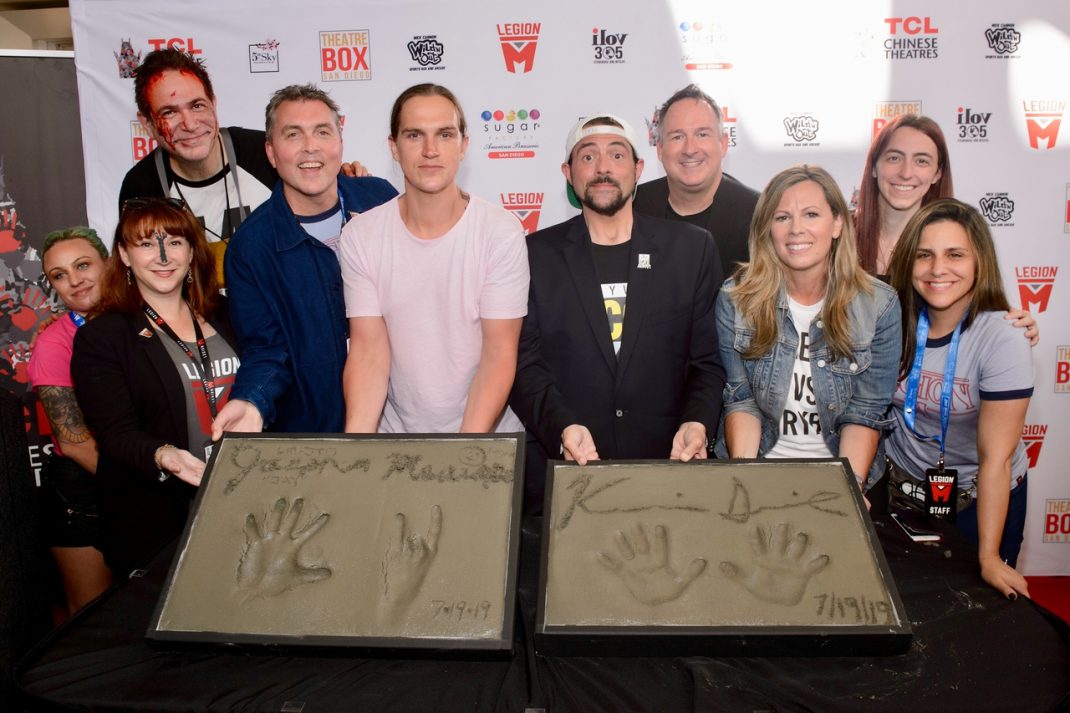 July 19, 2020 – “Snoochie Boochies!” Iconic popular culture duo, Kevin Smith and Jason Mewes, known for their roles as Jay and Silent Bob in iconic films “Clerks,” “Clerks II,” “Chasing Amy,” “Dogma,” and more, many of which were written and produced by Smith, were honored with a Handprint Ceremony at Theatre Box® in the longstanding tradition of TCL Chinese Theatres in Hollywood, in partnership with Legion M.

Smith and Mewes arrived at Theatre Box, San Diego’s Gaslamp Quarter entertainment complex by the creators of TCL Chinese Theatre and Sugar Factory, where hundreds of fans, many in town for Comic-Con International, awaited them. The duo participated in a handprint ceremony led by TCL Chinese Theatre’s Levi Tinker. While posing for photos on the carpet, Smith and Mewes were presented with a cake designed by Sugar Factory at Theatre Box complete with their catch phrase, “Snoochie Boochies!” written in frosting.

Smith and Mewes hosted an advance showing of their latest and much-anticipated movie, “Jay and Silent Bob Reboot,” while in San Diego for Comic-Con International 2019. The pair are also celebrating the 25th anniversary of their iconic premiere film, “Clerks.”