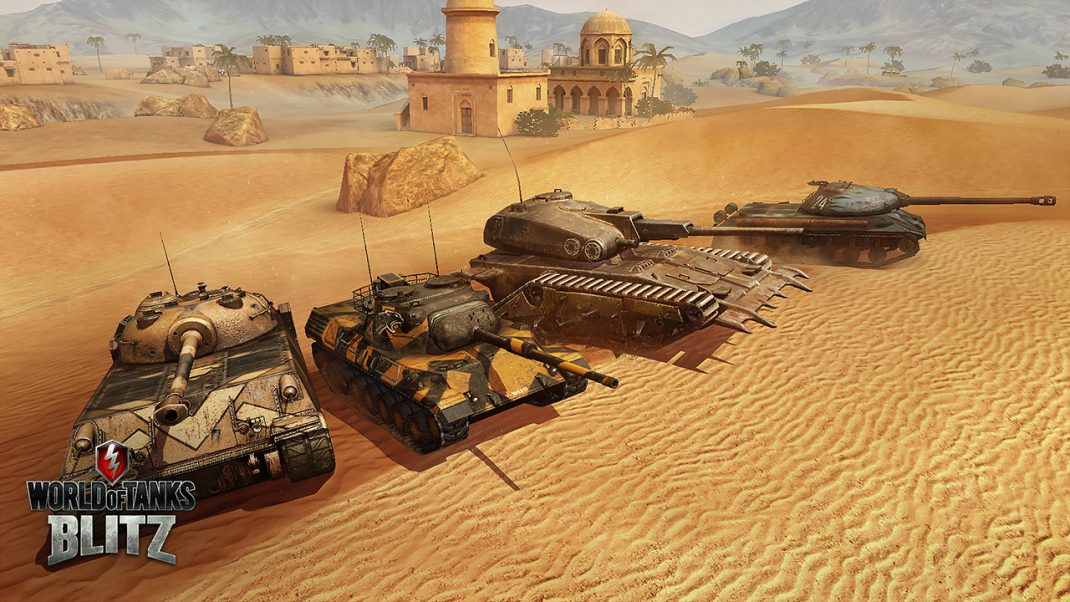 June 19, 2019 — World of Tanks Blitz, Wargaming’s premier mobile title, is celebrating two significant milestones this month: 120m+ downloads worldwide and its 5-year anniversary. June 26 is the special date which marks the latter and all players will get special goodies during a week of festivities starting today, June 19.

Released on iOS, World of Tanks Blitz later expanded to four other platforms: Android, MacOS, Steam, and Windows 10. With this expansion, the game has more than 120m downloads worldwide and a daily active audience of 1.5m.

It’s not just the audience which has grown, the game’s content itself has substantially increased. At launch, World of Tanks Blitz offered players 90 historical vehicles from 3 countries. Now, the game’s roster includes over 370 armored vehicles from 8 nations. And, unique to Blitz, a special Hybrid Nation brings alt-history, fantasy, and sci-fi together, featuring machines from Warhammer 40,000 and Valkyria Chronicles, topped with unique tanks created by the Blitz team and vehicle designers like Gundam’s Kunio Okawara and Peter Pound, Principal Vehicle Designer for Mad Max: Fury Road.

“World of Tanks Blitz is a long-running success due to how it’s pushed the boundaries of mobile gaming,” says Andrey Ryabovol, World of Tanks Blitz Product Director. “To win, you need to rely on more than just sheer power or who’s got the ‘best tank’; it’s about thinking and outsmarting your enemies, and our players love that. Without our loyal audience, we wouldn’t be here five years on, so we try and do as much as we can—after all, it’s their game as much as it is ours. A great example, a player from Turkey wanted to propose in-game to his girlfriend he met through Blitz. Our dev team heard about it and organized everything with him!”

To mark Blitz’s fifth birthday, a week of festivities are planned starting June 19. Tankers will be able to battle it out for 75 different types of gift boxes, each containing various rewards from boosters to Premium vehicles. Three of these vehicles are totally new: they’re high-tech (atomic!) variants of three iconic tanks—the T-34, the Sherman Firefly and the ELC bis.

Plus, anyone who logs in during the celebratory week will be rewarded with a special gift box that contains 5 days of Premium, the German Pz. III A and a collection of rare boosters. To top off the event, on the special day, June 26, players will get x5 experience for their first win with each tank!