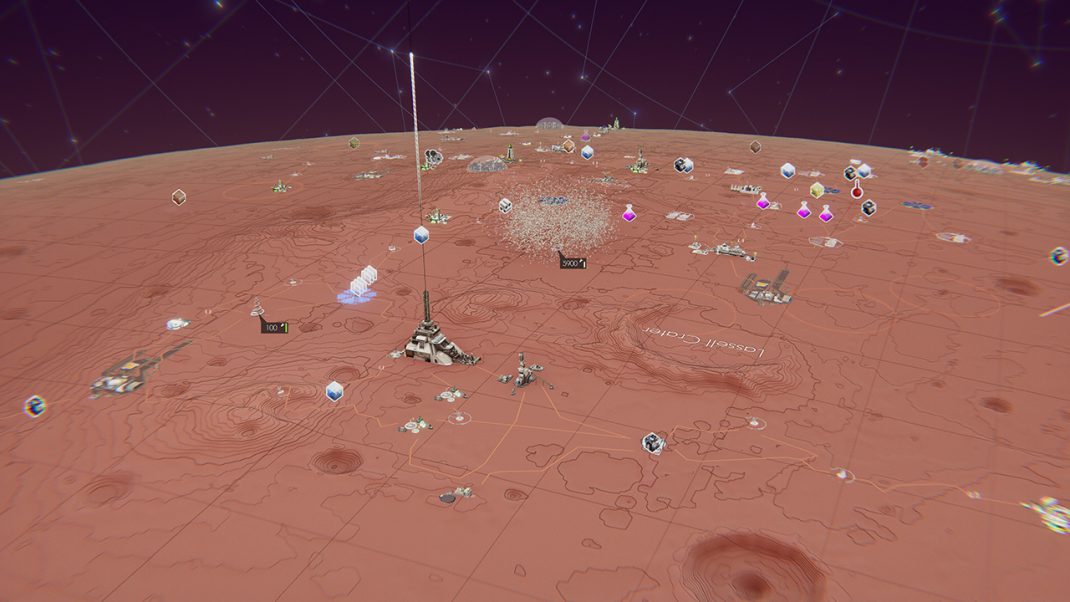 June 10, 2019 – Houston has communicated that Per Aspera successfully revealed itself today in a trailer at The PC Gaming Show during E3 2019 following months of preparation and hard work from the engineers at Tlön Industries in Buenos Aires, Argentina.

Per Aspera is a planet simulation strategy game with a strong narrative component that tasks players to guide AMI, a superintelligent artificial consciousness, whose prime directive is to terraform Mars and make it habitable for humankind. Explore a map based on geographical data from NASA, harvest available resources from the surface, and utilize technology based on real-life engineering and scientific principles to create a thriving interplanetary operation.

You are not the first to attempt this mission though. As the path to terraforming begins, players will uncover the remnants of the previous teams who met failure and unravel the mystery of their fates. While alone at first, you will have assistance from your crew in Houston. Forge or test relationships based on your choices—choices that will impact how your own mission concludes.

Try out various colonizing strategies in pure simulation mode or within Per Aspera’s enigmatic story, expand throughout the entirety of Mars, and live the experience of transforming humanity into a multi-planetary species.

Per Aspera will begin its operation on PC in 2020.
Created by Tlön Industries and published by Raw Fury.