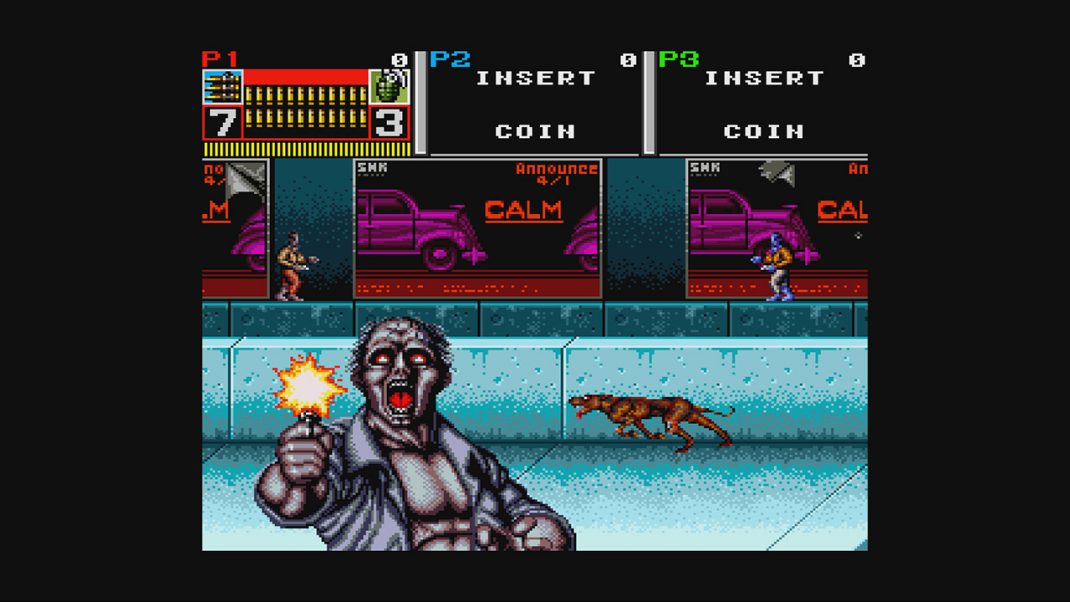 SNK has released the SNK 40th Anniversary Collection – a 26 game collection of some of their most fun titles. If, like me, you didn’t know what SNK stood for, you could be forgiven since it is “Shin Nihon Kikaku Corporation” and doesn’t exactly roll off the tongue like the three letters. They are best known for the creation of the Neo Geo game series as well as the arcade cabinets that held multiple games for you to choose from on one machine. You might play Chopper I, the next Iron Tank then maybe some Beast Busters, all while not having to leave your spot in the arcade. They also came out with console and hand held versions of the games and unlike many games at the time the arcade version was a bit different both in graphics and gameplay from console ones where they lowered the graphic quality and adjusted play to give you the best experience you could get out of a cartridge. This resulted in people either having a version they liked better and having pretty strong opinions about it or players rejoicing in not having to feed quarters into a console so it was either one purchase cost or a rental price. One of my fondest high school memories is pulling a weekend all night with my good friend playing Guerrilla War while consuming copious quantities of soda and junk food. 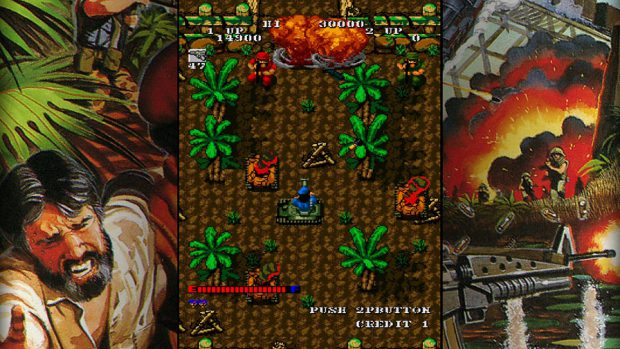 Now that I’m done on Memory Lane for the moment let’s get back to the games, the XBox One version of the SNK 40th Anniversary Collection has 26 games on it, some of which are both the Arcade and Console versions so you can compare what they were like back then. The list of games are:

That is such an amazingly long list of games! My Editor-In-Chief was probably wondering if I would ever get the game review written for this because like me he might have gone in cold not having read the list beforehand of all the titles there is in one collection. If I were to just write one or two sentences about each game and each platform it is one this would become a convoluted list quickly so I’ll just mention a few gameplay styles that run through them.

If you like side scrolling vehicle fighting games in the vein of Defender then games like Chopper I, Prehistoric Isle or Vanguard might be just what you need. If you like FPS then there is a great monster shooting one called Beast Busters which reminded me immediately of how much dough I sank into it in the arcade with how many baddies it had in it. If you like a top down view down scrolling fighter style then games like Ikari Warriors I, II and III (there main character looks just like Rambo) as well as Guerrilla War and Iron Tank are great for that. If you like the top down down scrolling fighting games where you can’t stop the scrolling you just have to keep flying then games like Alpha Mission might be your cup of tea. If your thing is side-scrolling beat ’em ups like in the days of Double Dragon then you have some terrific choices such as P.O.W., and if your thing is Street Fighter style then Street Smart will probably bring back memories. There is even a RPG game called Crystalis which got addictive quick. 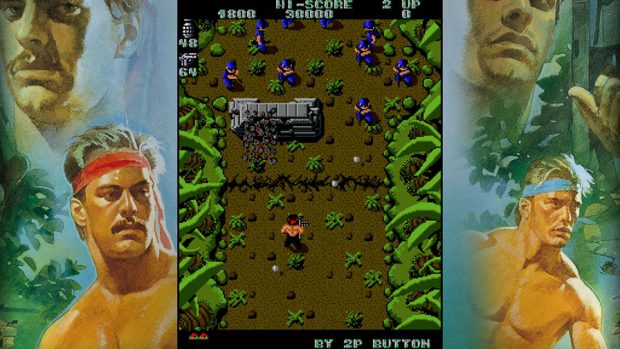 The SNK 40th Anniversary set makes the playing these games better than the original system in a few ways. First, and one of the most important, is that the graphics that have been upgraded to 1080p resolution. They’ve also done a great job cleaning up the sound. In addition you can save your games so that if you are playing a game and you get a couple hours in but you didn’t beat it yet you can save and come back to it at your convenience which beats the heck out of leaving your TV and system on so that when you can get back to it it will be waiting for you. They remapped the controller setup too so that you don’t have to worry which controller buttons to hit depending on which game you are playing. For example on the first person shooter Beast Busters the right trigger shoots bullets and the left one throws grenades while the left stick helps you move your sights around the screen, it’s intuitive to console players. Add to it having both Arcade and Console versions for a lot of the games and you have a cleaned up representation of different games from different systems over 40 years.

If you aren’t in the mood to play a game or you just want it going in the background while you do other stuff you can choose to watch the games and that will demonstrate a perfect game playthrough so you can hone your skills or just get a feel for the game without playing it. This is great if you aren’t really sure what to do against a boss or maybe the best power-ups and where to find them. I’m not sure I have seen this option on a game or it is so rare that I don’t recall it.

There are two additional sections to the SNK 40th Anniversary Collection that are definitely worth mentioning they are the Museum and the Options menus. I have been to a couple of arcade museums lately where you get to play the game and it has a list of facts and history on all the machines so not only do you get to play the game you are a more informed player. the SNK Museum section is one of the coolest I have ever seen on a home collection, it not only gives you a history about the games in the collection it gives you a history of ALL games the company put out in order of the year they were released. If it feels like this is a decent collection you definitely see what games will hopefully be in collections in the future. Under the Museum Bonus Feature menus you can find Advertising for some, Behind-The Scenes for a couple, and Guide Books for all of the games in the collection! The collection also includes some Video Game Land newsletters and art and sketches for some games and characters.

At first glance a retail price of $39.99 might seem a little steep but when you consider how many games you are getting and how many version (Arcade and Console) that you get it’s less than $2 a game and when you consider all the extras and how much you probably spent on the games when you played them in arcades or bought them for home use then that is not a bad price at all.

Showing all SNK’s games in the Museum section made me wish that they could have put some other games of theirs in place of the ones they provided but my thought offhand is they might be saving some of their other big games to be in a SNK 40th Anniversary Collection 2, they have some strong games to anchor another collection and if it has as many games and information as they had for this one I’m sure their fans will be happy getting some more.

The SNK 40th Anniversary Collection is a terrific set filled to the brim with great classic video games and just about anything you could want to know about it. It is highly accessible to retro players reliving great times or the newest generation of players who never got to experience their greatness. The game is designed to teach a player as well, not just how to play a perfect game or tips that can be gleamed from guide books but also a museum quality history of the company, their games, their advertising and other behind-the-scenes information that help to all come together to make you a more knowledgeable  retro player. All in 1080p which is so much nicer on today’s televisions and monitors. It even has soundtracks available from the games! 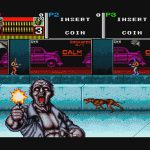