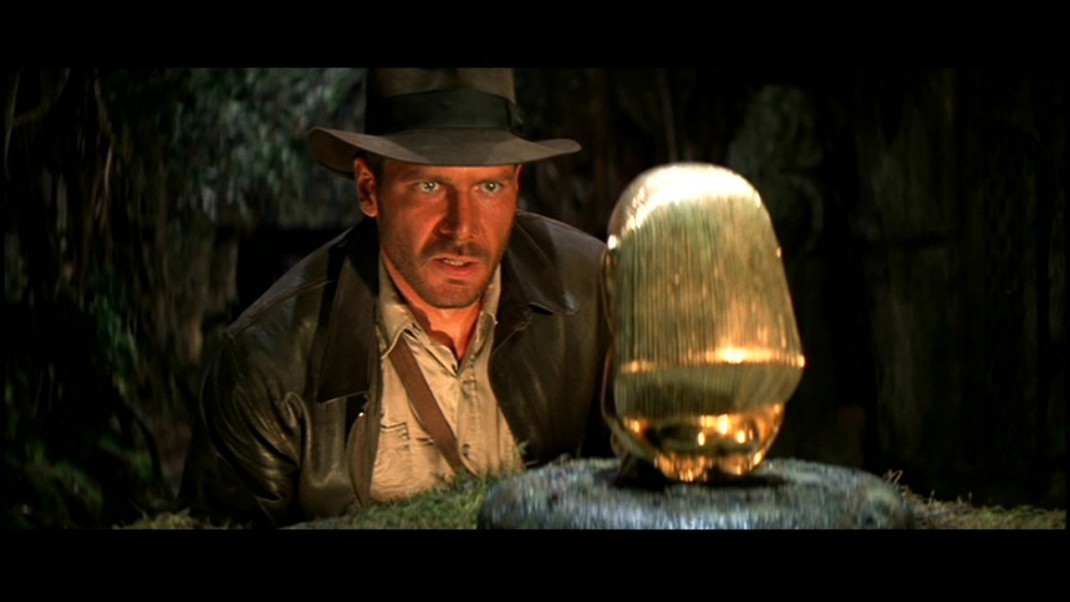 May 7, 2019 – The Walt Disney Studios has unveiled its upcoming slate following the recent acquisition of the Fox film studios, including changes to previously dated films and a number of major additions.

The Studios’ 2019 slate rounds out with Fox’s The Woman in the Window on Oct. 4 and Ford V. Ferrari on Nov. 15, Disney’s Maleficent: Mistress of Evil on Oct. 18 and Disney Animation’s Frozen 2 on Nov. 22, Star Wars: The Rise of Skywalker on Dec. 20, and Blue Sky Studios’ Spies in Disguise, moving from September to Christmas. Among early 2020 titles are Fox’s Underwater on Jan. 10, a new Kingsman movie on Feb. 14, and Call of the Wild on Feb. 21, followed by Pixar’s Onward on March 6 and Disney’s Mulan on March 27. 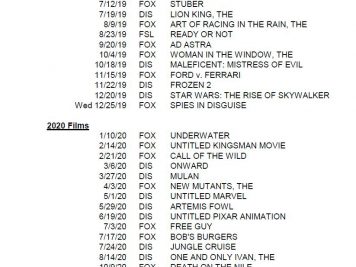 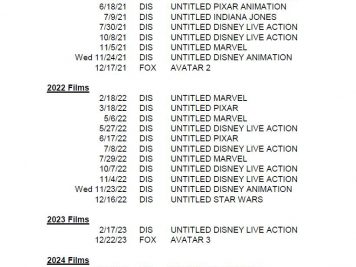 “We’re excited to put in place a robust and diverse slate that lays the foundation of our long-term strategy, bringing together a breadth of films from Disney, Pixar, Marvel, Lucasfilm, Fox, Fox Searchlight, and Blue Sky Studios to create an extraordinary collection of cinematic experiences for audiences around the world,” said Cathleen Taff, President, Theatrical Distribution, Franchise Management, and Business & Audience Insights, The Walt Disney Studios. “With a strong summer already in place, we are eager to carry that momentum forward over the coming years thanks to a creative wellspring of bold and imaginative stories coming from our world-class studios – including several new chapters of two revered franchises, Avatar and Star Wars.”