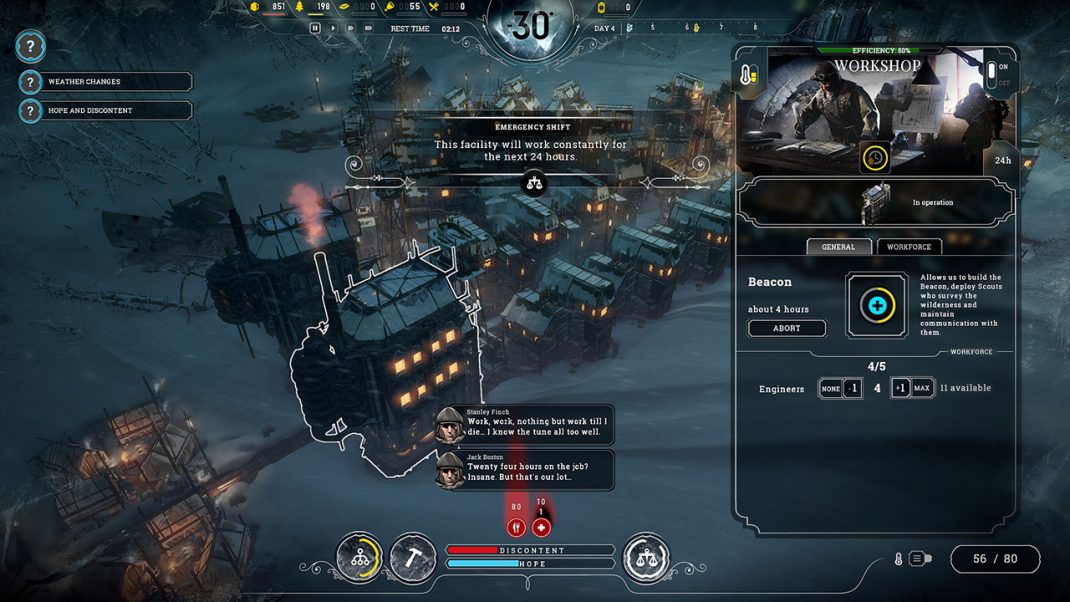 Warsaw, Poland – April 24, 2019 — 11 bit studios have had an immensely successful run over the past few years and are proud to announce that their hit title, Frostpunk has sold over 1.4 million copies on PC. Recently announced to be coming to both Xbox One and PlayStation 4 later this summer, let’s take a look at how Frostpunk has become one of 11 bit studios’ crowning achievements.

A grim society simulator and post-apocalyptic city-builder in one, Frostpunk was released exactly one year ago today, on April 24, 2018. In celebration of this momentous anniversary, 11 bit wanted to share some of the numbers behind the in-game economy and show how the game is performing overall.

You might think there’s more information to that last stat and there certainly is! Marek Ziemak — a producer at 11 bit studios responsible for Moonlighter, and more — always had a tough time building a stable economy and keeping his citizens satisfied in Frostpunk. Sadly, he couldn’t even find success in the game’s easiest version, Serenity Mode. The dev team found this amusing enough that they even created an achievement, lovingly titled “Hi Marek!”, with an icon picturing a mildly irritated Marek.

“Frostpunk is one of the most satisfying projects I have ever seen in creation, but I still find it challenging to play. It’s just like my job as a producer! Sometimes, when you lead and focus on creating something beautiful, the people under your charge might not always love every decision you have to make.”