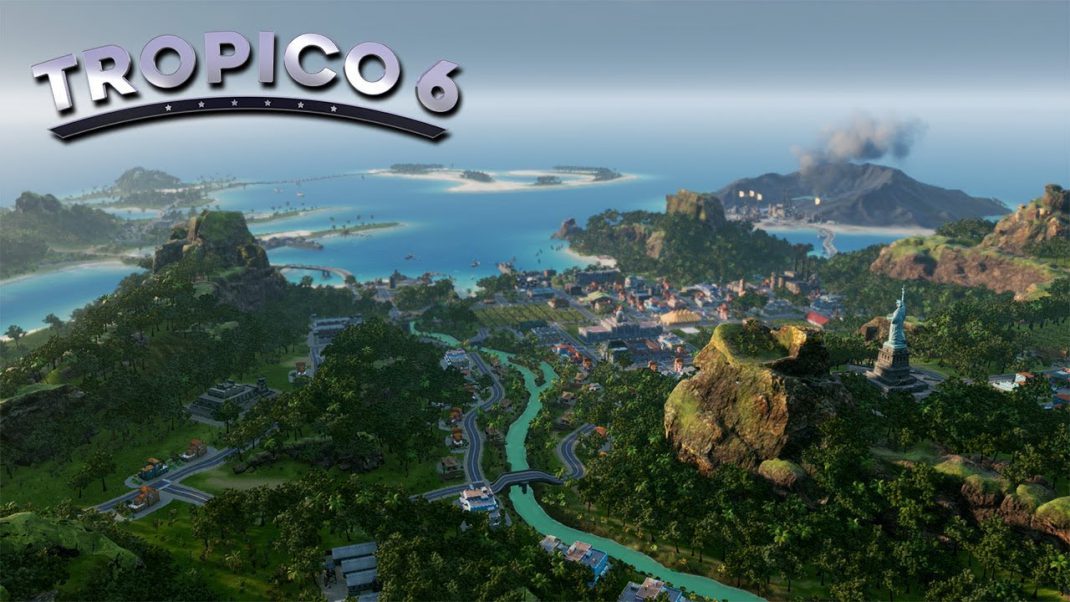 Just in case you have never heard of the Tropico series (I met someone who thought it was a sunscreen once… I think they were teasing me) it started as a city simulator that took place on an island which has had so many features added that by the 6th installation the game it is no longer a casual strategy for the common player, it has become a beast of the genre. There is so much to learn that even for a seasoned player who has played the whole series find themselves playing all the tutorials that take a few hours to get through otherwise they find themselves tearing through menus trying to figure out how to get something done before the peasants revolt. I think the only things that are missing from the game are the internal works in the building like how many bathrooms on each floor and which one needs stairs and which needs elevators. I’m not complaining about those missing because I am a deep diver of real-time strategy games and think it has plenty of challenges already. Tropico 6 is like a massive combination of a city simulator and a RTS that has so many features that they cancelled their release date and pushed it back to later this month to make sure they got everything in that they wanted, like cable cars. 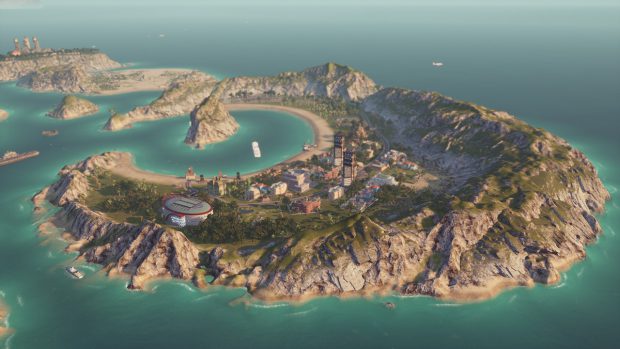 Previous incarnations of the game took place on one island that had limited locations for building due to landscape and island size. This sometimes got frustrating because you would build things a certain way then realize a particular structure had to go in a certain spot where another was, leaving the player the option of trying to get as close as possible or bulldoze locations and rebuild them according to the new needs. Also due to build limits and landscape locations getting to certain parts of the island would mean docks and the slow travel around the island to get to other locations. In Tropico 6, there are really fun additions to the to travel building that changes things massively. The first is a pretty obvious one and that is bridges. For proper economic rewards you really need to have docks for import and export and when building bridges you need to be aware that they can stop your ship passing quick. I made a habit of trying to make all bridges and roads across the island to be at the top or bottom of the island to make sure that there is an open path to docks and exporting, bridges cut them off cold. I made the mistake of putting my bridge right between two docks the first time so I could have the docks nicely connected to the road. Then I saw a whole boatload of supplies, actually seven boatloads, that couldn’t make it to the dock and were just floating out in the water, you definitely don’t want to give yourself sea blockade when trade between islands is so important.

One of the reasons you want a good ground transportation system is so you can have bus routes and stops, parking garages, housing down the road from locations, construction and teamster shops close to get workers where they need to be. A new favorite addition are tunnels, so there’s no need to try and curve around the sides of a mountain when now you can get to places in a straight line. If you have natural attractions such as cave paintings, waterfalls, Mayan temples or active volcanoes you can put in teleferic stations – like those sky buckets they used to have at Disneyland. These will take you up into the mountains to see nature or man made beauty without having to try and run a road up into the majesty of the islands. You can even put in low cost, scenic gazebos for people to get even more bang for their buck. 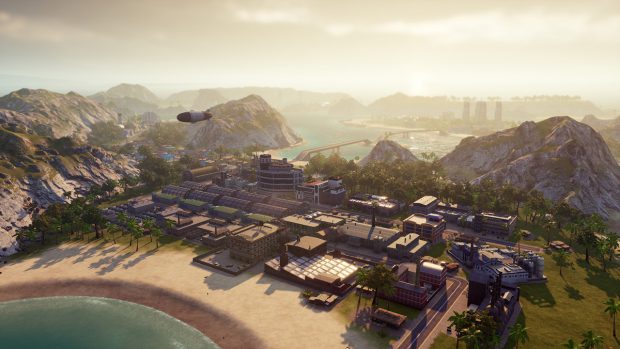 There are just so many possible ways to make your fortune or make your people a rich nation. You can do it through raising crops, importing and exporting, and tourism. Tourism plays a far greater role in this game giving you vast and sometimes amusing attractions: ever wanted a Statue of Liberty on one of your islands? Here’s your chance. I want the Ahu Akivi Moai Heads (the Easter Island Heads). And if your people live in shacks so you can have resorts and cruise ships? It depends on what kind of El Presidente you want.

Denying your people the base necessities we like such as housing a three meals a day might sound pretty heartless but you can then win their hearts with Church or entertainment. They don’t mind living in Shanty Town if you provide a 24 hour a day Arcade or a nice circus or my weakness a good cinema. If they feel like they are getting disillusioned just bring in churches, maybe even a world famous cathedral to get people caring less about their current life and more about their spiritual next one. If that doesn’t work you can try to educate your people and decide whether or not you want them to start entertainment such as newspapers and television, it’s been my experience as a dictator in many games that a well educated population helps you make nicer and more technologically advanced things such as a space race but the more your people know the more you have to worry about comparing your empire to the big boys of the world, you may find yourself wanting to set yourself up with the bomb to work in the world theatre while hoping your populace doesn’t realize all the tourists you are fleecing are giving you wheel barrels of money. Or course if a couple of people don’t realize how lucky they are to be living in your island paradise you can send them to the asylum to find out why they can’t be happy. If that doesn’t work? Well you can build nice mausoleums too.

Just a couple of quick things, I often found myself trying to grab and drag the map around like I do in other games so I had to keep reminding myself to move my cursor to the edge of the screen to move the map or use the center on function that allowed me to pick a location and center my map on it. A small thing overall so something after a little time became far less of an issue. 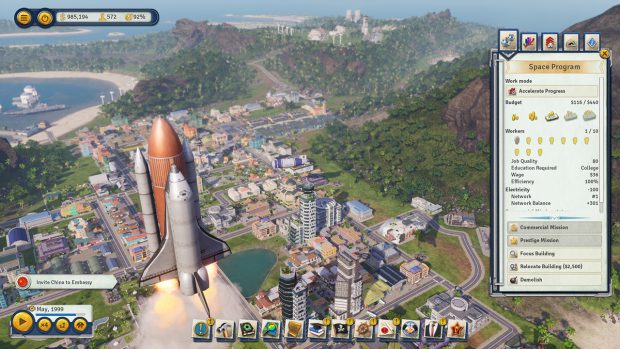 The harder one is when I get a message on a building and it isn’t intuitive or clear on how to fix it. A perfect example of this was when I build a Power Plant and had an Arcade built right next to it. Suddenly it showed what looked like an empty box symbol over the top of the Power Plant and the Arcade wasn’t considered powered like was necessary for the task to be considered completed. Clicking on the Power Plant showed that it’s stock was empty, giving me a WTF moment, not the first (that honor went to the ships stopped next to the bridge like rush hour traffic). I started the game going while I went to get a tasty beverage to quench my parched throat and when I came back it was completed. The only thing I can think is maybe their is an allotment of power that makes it so that if it’s out of juice for the month it’s out, still not quite sure on that.

It comes to a point in a review where you need to just tell players if they are hardcore RTS and city sims players this game is perfect for them. Once a player gets used to everything Tropico 6 does with its menus and problem symbols and how to fix them then this will be the game they will be playing for a long time to come. Tropico 6 is meant to have everything they wanted to add to previous versions while making sure it had a flavor all it’s own and it succeeded at it terrifically. Whether you go through all the tasks and missions or you go dive into sandbox play this game will be the one you compare future game to. 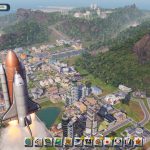