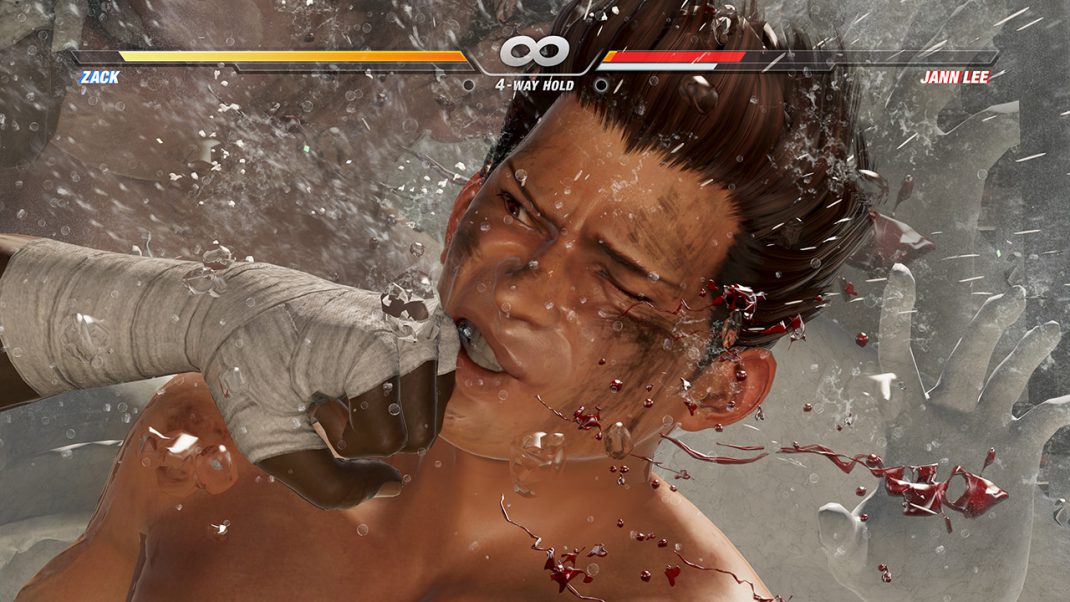 The Dead or Alive franchise has always had an….interesting place in video gaming culture.  While the game play of the series has been top notch, Team Ninja’s oversexualized designs has received more and more criticism over the years.  Just a few months ago, Evo Japan decided to shut down the Dead or Alive 6 Championship stream due to misuse of the game’s replay camera, and models trying to mimic the infamous “jiggle physics” of the series.  It’s hard to talk about Dead or Alive 6 without bringing up this aspect of the game, so I will tackle this in the Aesthetics section of the review and what Team Ninja has done to try to minimize this viewpoint of their games.  But first we have to get through the Story and the Game Play of Dead or Alive 6 by Team Ninja for the Playstation 4.

Fighting games have always had a strange approach to storylines.  It’s hard to make a game about a bunch of characters beating the hell out of each other about character development.  Most games early in the fighting genre history didn’t even try to have a story during game play, you usually just got something at the end of the game when you beat the last boss.  This was built for the arcade systems, but today fighting games must have a single player story mode to reach the largest section of it’s audience. 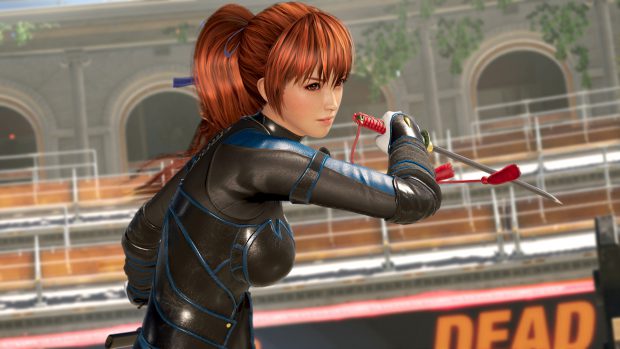 The story line is fairly straightforward once again.  Reason pops up for a new tournament to begin, someone sets up tournament and gathers fighters for various agendas and purposes, fighters um….fight, and then the story line wraps up.  What’s different about Dead or Alive 6 is how it is presented to the player.  You now participate in a story grid.  You begin by looking in on Helena and Marie Rose hearing about the new fighter and Helena sending Marie Rose out to befriend this new individual.  Then the player has a choice to follow three new story points, some that follow Marie Rose, another that focuses on Tina and Zack, while the third staying on Helena.  Not all story points end up in a fight, some are just cut scenes that move the story along that path.

While this approach is unique and new, it offers up a very disjointed story to the player.  You will go from scenes of high drama and tragedy to one that is comical in nature, depending on the choice of scenes you select.  You cannot just follow one path to its conclusion either, you can only unlock the next level once certain scenes have been completed.  Being able to follow one characters story line at a time would have been preferable to this mess.  Dead or Alive 6 does offer up two new characters to play as and follow during the story; Diego and NiCO.  Both are decent additions to the already large roster (if you purchased this game, more on this later) but nothing game breaking or overly interesting.

While Dead or Alive 6 has major issues in both the story and the public relations department, the gameplay is outstanding and simplified without making it too casual.  At the core of the game is it’s triangle system.  Think Paper, Rock, Scissors but with more pain.  Strikes will beat Throws, Throws beat Holds, and Holds beat Strikes.  The game will prioritize the greater attack over the lesser attack, so the players will need to keep their repertoire of moves varied to prevent their opponent from guessing their next attack.

Dead or Alive 6 also adds in two new systems:  Break Gauge and Fatal Rush.  The Break Gauge is a two segment bar underneath your health that can be used to buff up some of your attacks.  You can do a Break Blow, which will simultaneously parry your opponent and attach for a huge hit, or a Break Hold, the ultimate hold that will take priority over any attack.  The Fatal Rush is an auto combo that can be done when both your segments of your Break Gauge are filled.  Simply by pressing one button four times, your character will perform a massive combo that will push the opponent into stage hazards.  Both of these new systems are designed to make Dead or Alive 6 more accessible to the casual fan, but it does not take anything away from higher level competition.  If anything, it gives us more opponents in online matches because the accessibility has been greatly increased.  Dead or Alive 6 also has a very solid tutorial and practice mode to help all newcomers to the series.

Speaking of Online play, Dead or Alive 6 missed the mark here as well.  Online play is a simple set of options really, which is great for someone looking for a fast fight.  You select Ranked Play and then find someone who has a connection strength similar to yours, join the fight, then either rematch or quit, then move to the next fight.  There isn’t a way to search through fights, and no lobby system if you wanted to hang out and play with a certain group of friends for an hour or two.  Quality of connection was ok for me, the fights felt somewhat sluggish versus offline, but not as bad as some other games out there. 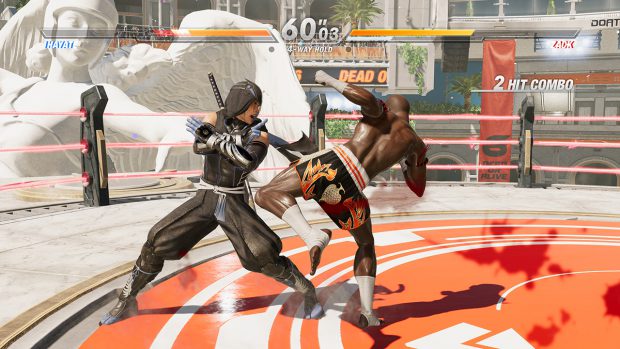 The last thing I wanted to mention about Dead or Alive 6 is the DOA Quest Mode.  This is another single player mode, but you must complete certain objectives set in front of each match to earn costume parts.  DOA Quest is a great way to improve your skills in Dead or Alive 6 by focusing on objectives that are more than just bashing a few buttons, however, the end result is incredibly frustrating.  Once you finish a match, you will earn costume parts, but these parts are for a specific character and a specific costume and are generated randomly.  You could get parts for a character you don’t even own yet.  This is Team Ninja at its worst in Dead or Alive 6, essentially making it so difficult to earn alternative costumes that you would choose to buy the costumes instead.  In fact, their first announced DLC content is for two new fighters and over 80 costumes at a ridiculous $93 season pass.

Dead or Alive 6 is a gorgeous game, but is still plagued by some aesthetic choices that will make this game work for you or not.  First, let’s talk bounce.  Yes, the “jiggle physics” is back for Dead or Alive 6, but is said to have been reduced due to Sony’s new policy on oversexualization of content.  Honestly, I didn’t see much of a reduction with this, but there is an option to turn off these physics if you so choose.  Many of the costumes have been toned down a bit as well, but you will still have some costumes that are highly questionable as a bathing suit, let alone to wear in a fighting tournament.  Then there is the camera mode.  After certain fights, the game will end with you in control of the camera and it will allow you to free cam around your character and take pictures.  You can also do this during an offline match, but it’s forced on you after certain game modes. It’s annoying at best, but when the camera automatically starts zoomed into a character’s breasts, it can become uncomfortable for some.  This is a rated M game, so know before you buy.

Optional Difficult Discussion Here:  I have been a gamer for many, many years.  I had Pong, so that should tell you how ancient I am.  However, I am also an Historian and an Anthropologist who has watched culture and society change over the years.  When the DOA franchise began, it needed something to set it aside from the other fighting games on the market, and skimpy clothes with bouncing breasts was a great way to go.  Hell, I even bought DOA Xtreme Beach Volleyball so I am just as guilty as enjoying this as anyone else is.  However, culture and society change.  Team Ninja is finding it harder and harder to sell these games in the United States and Europe.  This is why there isn’t a release of DOA Xtreme 3 here in the States and why Evo Japan had to stop its Twitch livestream due to the behavior of its announcers and models.  I am seeing Team Ninja make changes to Dead or Alive 6 to address these concerns, but the game still has a lot going on that makes it a bit cringe worthy in today’s world.  I won’t tell you if this game is for you or not, that’s up to you to decide on this issue, and honestly others should either.  I’m interested to see what the future holds for this franchise and with Sony’s new content requirements.

Resuming Your Regularly Scheduled Review Here:  The stages are just as gorgeous and are well designed with some stage hazards, like electrified ropes or pterodactyls.  The new damage system is just weird to me.  Bits of clothing will fall off in weird ways or expose certain areas of the fighter’s body.  I’m not sure if this really adds anything to the game or not.  It just seemed silly to me. 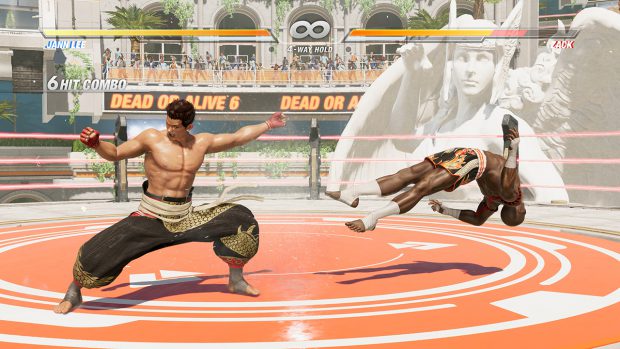 Sound and music also were top notch in production.  However, I just have issues with the voice acting.  It’s similar to other fighting games on the market where the voice actors just feel like they are going for the cheesiest version of a certain voice from a particular country.  The French accent is just over the top French, while many of the female fighters sound like they are 12 years old.  But, if the worst part of the game is the voice acting, I guess Dead or Alive 6 is doing just fine.

Well, there is a lot to chew on this one.  Putting aside the optional discussion on the aesthetics, Dead or Alive 6 is probably one of the best fighting games on the market today for both casual and serious gamers.  Dead or Alive 6 offers deep game play and an even deeper fighting system that is very casual friendly, and no I don’t believe that is a bad thing.  The single player system offers hours and hours of content, though some of it is convoluted and muddled.  The game is gorgeous, it really is.  If you are ok with the aesthetic design choices of Team Ninja in both “jiggle physics” and costume choice, then you have a lot to play here.  If you aren’t ok with those decisions, you can choose to turn the physics off and stay in certain costumes and still have a great game to play.  Dead or Alive 6 is available for the Playstation 4 for $59.99 with all 23 characters, but you can also download the Core Fighters game for free if you want to try before you buy. 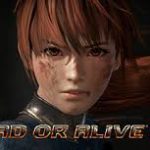