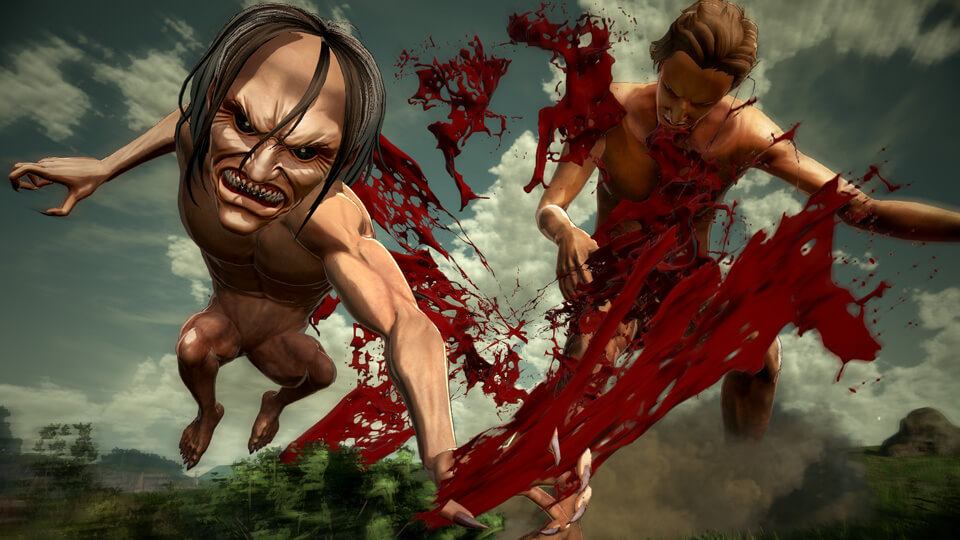 Burlingame, Calif. – March 14, 2019 – KOEI TECMO America revealed today the latest entry in their best-selling Attack on Titan game franchise: Attack on Titan 2: Final Battle. The new gaming experience follows Attack on Titan’s Season 3 adventure through the actions of specific characters; capturing all of the conflict of the popular anime series like never before.

Taking place throughout Attack on Titan Season 3’s timeline, Final Battle’s Story mode plays through selected characters’ points of view with major heroes active in Season 3 – now playable for the first time – boosting the total number of playable characters to over 40. In addition to the content covering all three seasons of the popular anime series, developers will also include original episodes to create a more fulfilling Attack on Titan experience.

Attack on Titan 2: Final Battle will feature two new gameplay experiences: A frenetic anti-personnel combat feature using anti-personnel omni directional mobility gear and an all-new wall reclamation mode focused on recovering outside territories. Here, players will have an ability to choose a leader of their squad, pick out the members they want to include – even members who were never together in the original work, and set out to reclaim the lands from the Titans. Thunder Spears will also be equipped for battle for the first time, allowing the take down of the Armored Titan when a normal blade just won’t cut it.

Attack on Titan 2: Final Battle is being developed by OMEGA Force, and will be available July 5, 2019 for the PlayStation®4 Computer Entertainment System, Nintendo Switch™, the Xbox One family of devices including the Xbox One X, and digitally on Windows PC via Steam®. The title will be made available for digital purchase as an Upgrade Pack to fans who already own Attack on Titan 2, and it will also be available for purchase as special digital or physical bundle; combining the experience of Attack on Titan 2 alongside the new Season 3 content in one unique package.