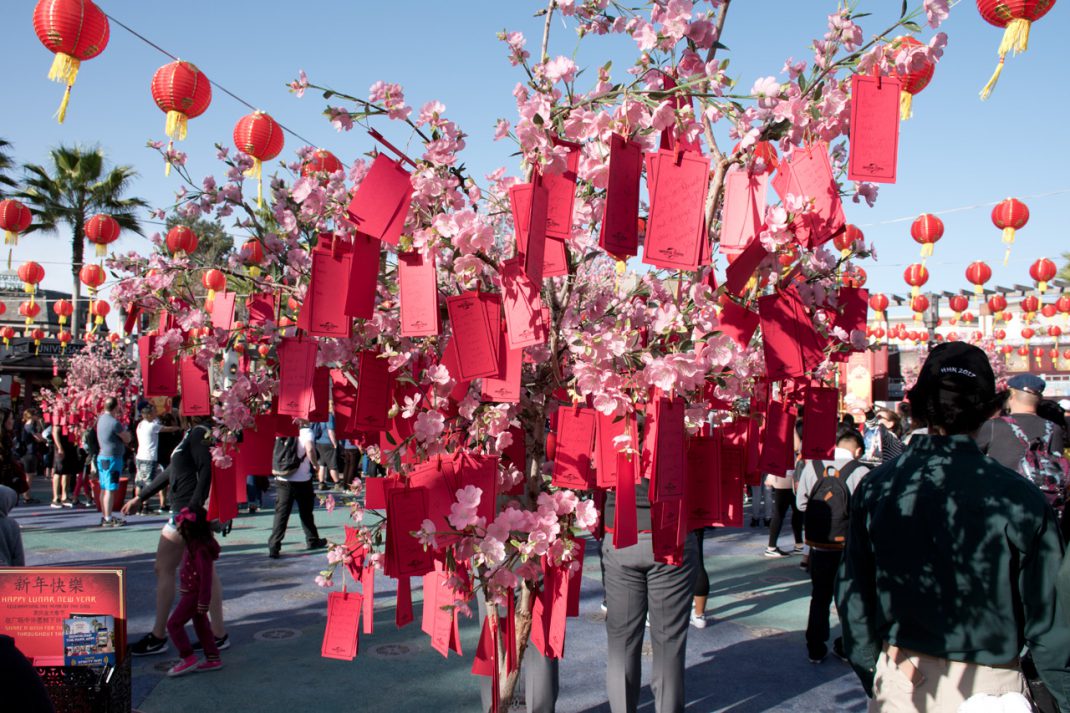 This spectacularly-themed Lunar New Year tradition takes place within Universal Plaza, located at the heart of the theme park.  Under a curtain of customary red Chinese lanterns and stunning plum blossom Wishing Trees, the festivities come to life as guests discover the 12 zodiac animal signs accompanied by their symbolic attributes. 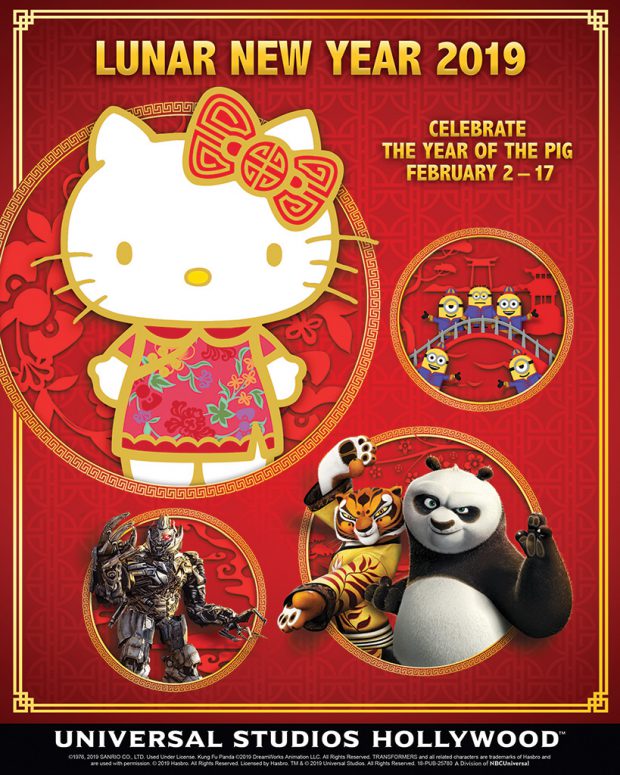 Adding to the beauty and excitement of this year’s Lunar New Year festivities are new traditional dance and martial arts cultural performances. Select dates and performers are as follows:

In addition to Mr. Ping’s Noodle Shop, guests can feast on an array of Asian fare at various locations throughout the park such as Banh Mi Sandwiches, Baos and dumplings at the Plaza Grill and Asian Entrée Bowls at Hollywood and Dine and Gru’s Lab. Specialty Lunar New Year desserts including a “Year of the Pig” cookie, a Chocolate Matcha Cupcake and a Ginger Cheesecake with fortune cookie can be also found at various carts and restaurants.

Uniquely themed experiences offered in Mandarin include the theme park’s signature Studio Tour and the exclusive VIP Experience, both of which provide two distinctive and revealing looks at an authentic movie and television studio.  Featuring expertly-trained Mandarin-speaking tour guides both opportunities provide insight into the world of movie-making magic as guests enjoy a front row seat and behind-the-scenes access to one of the largest production studios in the world.  In-language park maps are also available for guests.

Guests can continue their Lunar New Year celebration at Universal CityWalk where a variety of Asian-inspired foods will be served.

Dongpo Kitchen restaurant features upscale and modern Sichuan cuisine. Inspired by China’s premier restaurant Meizhou Dongpo, Dongpo Kitchen offers the comforts of a casual dining environment with both indoor and al fresco seating and caters to an eclectic palate with a variety of signature dishes.

The ever-popular Voodoo Doughnut is also celebrating Lunar New Year with a specially-created “Year of the Pig” doughnut.

With so much to see and do at Universal Studios Hollywood, the all-new 2019 Season Pass invites guests to experience the fun all year long for $149 when purchased online.  Details and restrictions available at www.UniversalStudiosHollywood.com