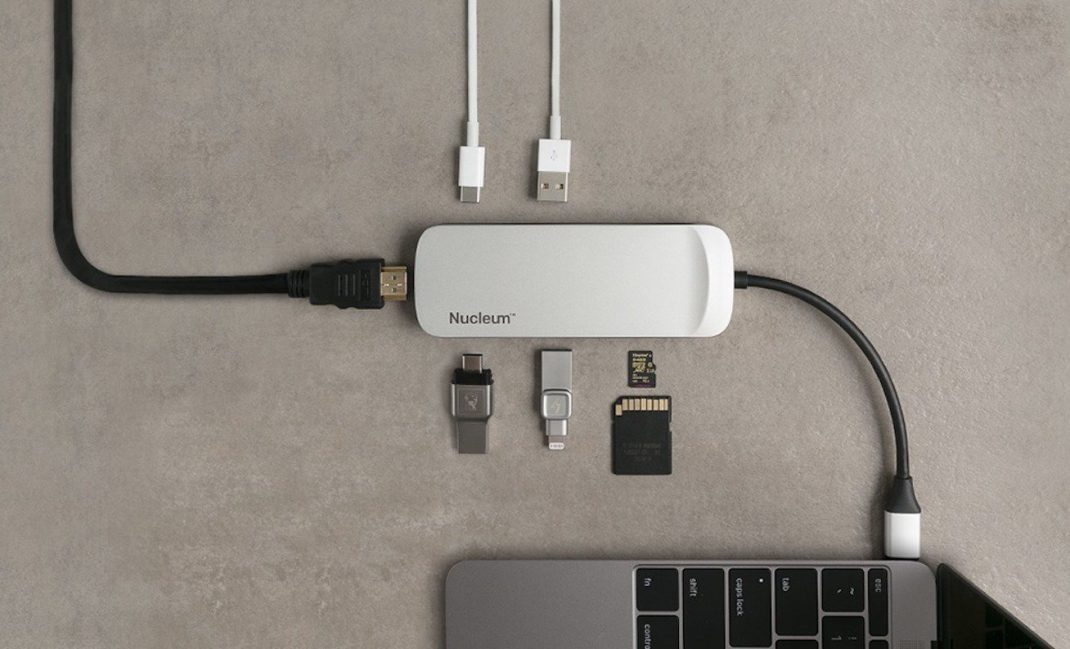 A concern for just about everyone who buys an Apple Notebook, two small USB-C connections just won’t cut it for their mobile lifestyle. Thankfully, Kingston has come up with something that takes up one of the ports, a USB-C 7-in-1 hub that allows the owner to do everything from use their favorite monitor and mouse to a favorite keyboard and more.

Kingston’s Nucleum has a built-in USB-C drive connection cord that gives enough room to use the connections but not for the cord to hang off a surface and get caught up in things as the cord is just a few inches long. The device is covered in polished aluminum so it doesn’t look cheap and goes nicely with most computers. The connections, which are really what this is about, consist of two USB-C ports, two USB 3.1 connections, and a 4K HDMI port which can come in really handy when working with a monitor or, in our case, a television.

The last two connections are pretty important: Both microSD and SDHC card reader slots! During September and October we travel A LOT and take tons of pictures and video. All of the adapters that let me plug the microSD or SDHC cards into my computer simply have not worked. As a result, our nice expensive camera and video camera tend to just sit in a bag while we use our phones to take pictures. This unit functioned exactly as promised, however, and the transfer rate was exceptional – offloading memory cards full of images took mere moments.

A couple other cool features of the Kingston Nucleum  is that you can have every device connection used all at the same time! So maybe you have things plugged into all of the connections except one USB 3.1, you can still plug into that and charge your phone or a portable battery bank.

You can probably buy an adapter that does many of the things the Kingston Nucleum can do for cheaper, but odds are you won’t get the high standards of quality we have come to expect with the Kingston name and it will probably look cheaper as well whereas the brushed finish does add a lot to the look. It also means playing roulette with the card readers. 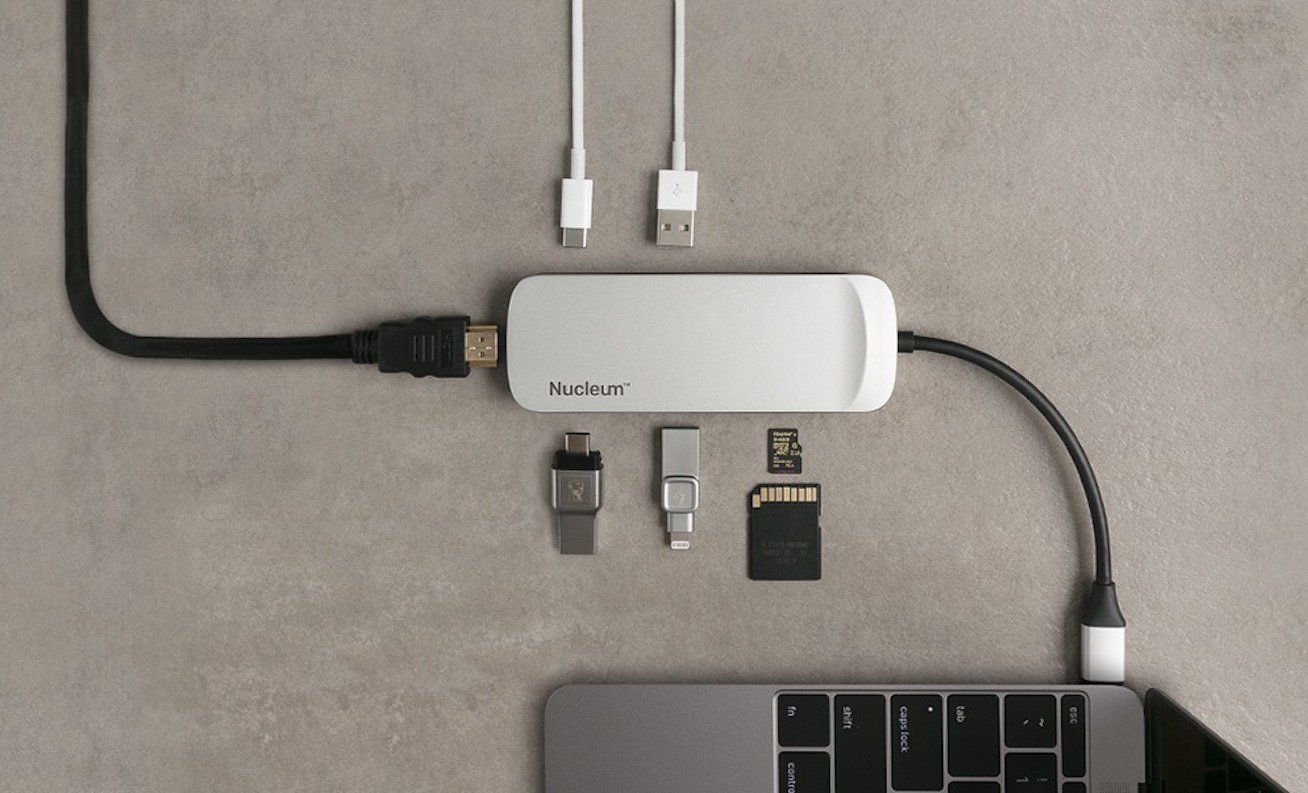