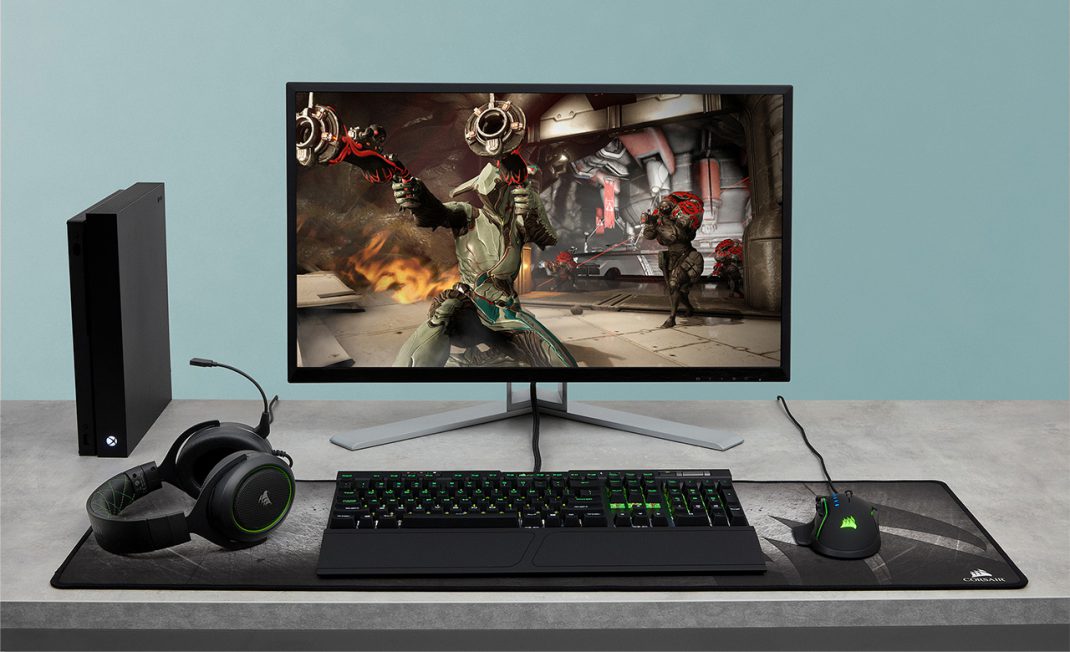 Corsair Unveils Keyboard and Mouse Support for Xbox One

With the console’s new compatibility with keyboards and mice, developers can now choose to add support for those devices to their games. The first announced Xbox One game titles to receive peripheral support include Fortnite, Warframe, and Minecraft, with many more games planned for future compatibility. Microsoft is focused on working with developers to ensure that these games are fun, fair, and properly balanced no matter how players decide to control them.

CORSAIR is proud to be Microsoft’s newest Xbox licensed hardware partner and is excited that the Xbox One team has opened up support for keyboards and mice. Xbox One players now have at their disposal the same precision and reliability that PC gamers have enjoyed from CORSAIR peripherals for years. CORSAIR is working to ensure a great experience on Xbox One and looks forward to collaborating with the Xbox team to deliver even more compatible peripherals in the future.

In addition to partnering with the Xbox team, CORSAIR is committed to working more closely with Microsoft on numerous other initiatives including Mixer, Microsoft’s next-generation interactive livestreaming service. Through Elgato, CORSAIR’s subsidiary brand for content creators, Mixer broadcasters will be empowered to improve their streams through integration with the powerful and versatile Elgato Stream Deck, along with other exciting initiatives currently in development.