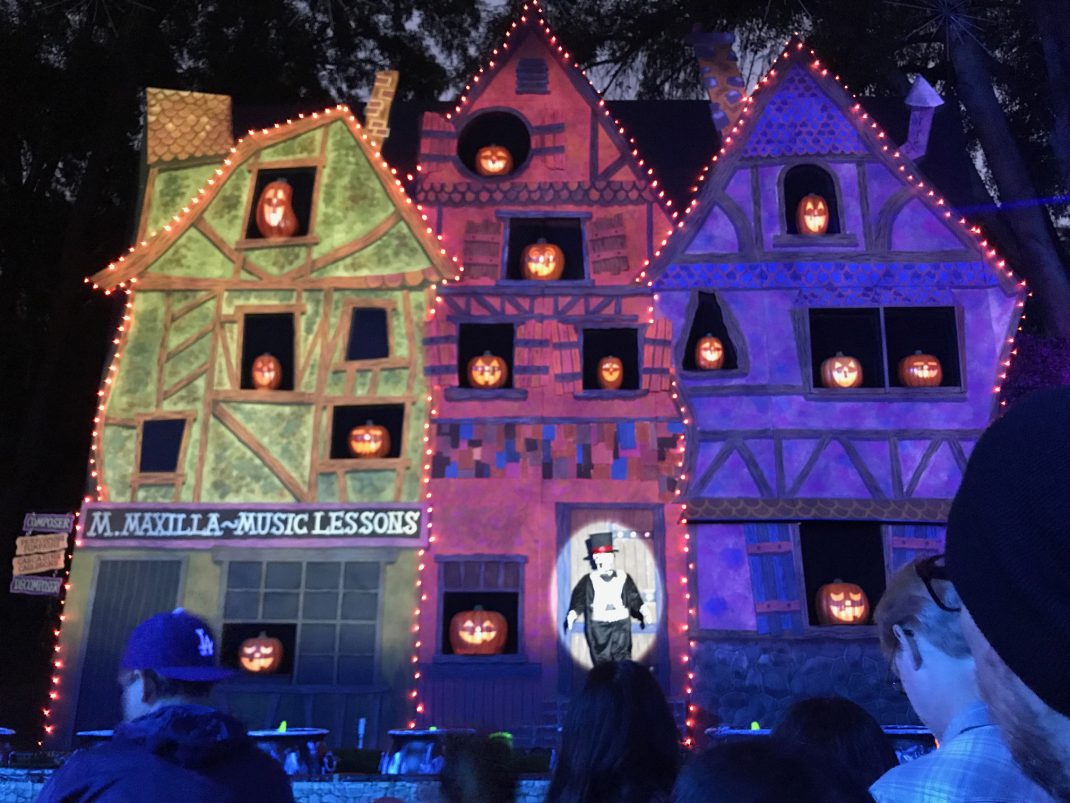 Boney Island was a long-running home haunt in the North Hollywood area for many years. Unfortunately, it became a victim of its own success and ended up having to close up shop due to the burden on its local city infrastructure due to the amount of traffic it received every year. Thankfully, it’s back! And, it’s back as its own haunted attraction right next door to the LA Ghost Train. Boney Island features a number of family-friendly activities, such as a variety of photo opportunities featuring animated skeletons, a small haunted forest maze, and a large musical stage show. 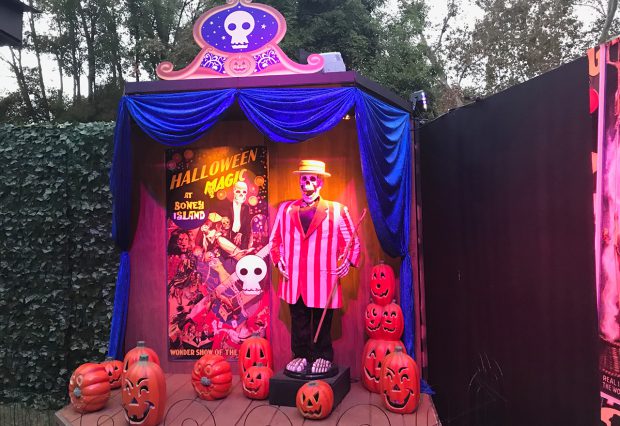 For a scant ticket price of $15 dollars a person (Children 2 and under are free), we entered the event when it opened up at 6PM and picked up a container of kettle corn and some sodas. Then we began looking at the various photo opportunities. Each photo opp has some sort of animated or interactive element and you can spend a lot of time just enjoying them. From there, we walked through the small “Deadwood Forest” maze which, while not scary, does feature a lot of cool blacklight-lit props and animated items. Finally, we watched the huge stage show at 6:45PM that featured singing pumpkins, a conjuring skeleton, and powerful glowing fountains – all moving in concert to various spooky tunes. The show is extremely impressive and, even while I was recording it through my smartphone, I could not help but smile in amazement. 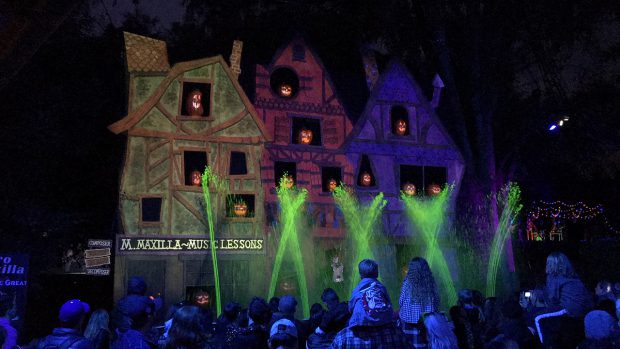 One of the nice things about Boney Island is that it is extremely family-friendly and nothing will scare your children to the point of psychosis or anywhere near it, actually. In many ways, Boney Island is a perfect pairing to a night at the LA Ghost Train as both make for a terrific family Halloween event to bring your whole clan out to. Be forewarned, that parking for Boney Island is a bit tricky as you need to use the small park parking lot near the entrance or along Zoo Dr. So, you might want to get there early to grab a good spot. The entrance is across a public park with some uneven ground, so you also might want to pack a flashlight for once it gets dark.

Overall, Boney Island is an amazing family-friendly Halloween event that you should absolutely come out and see. Check out the official website for more information. 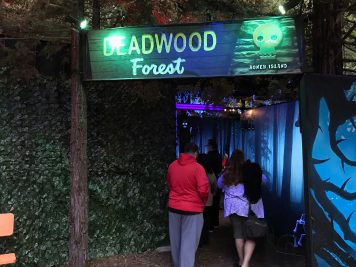 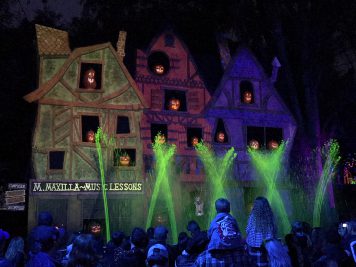 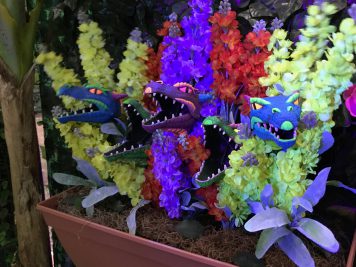 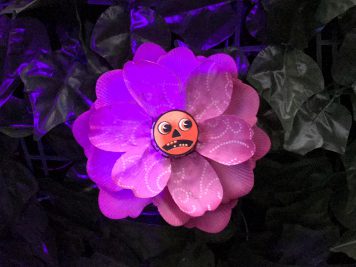 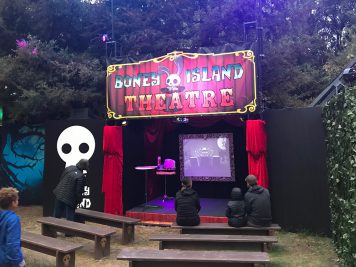 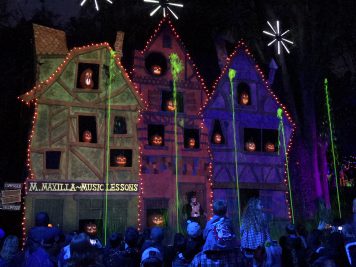 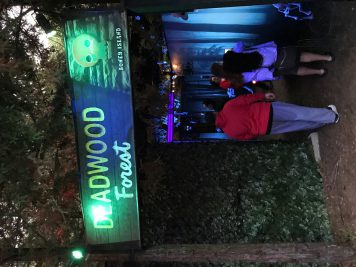 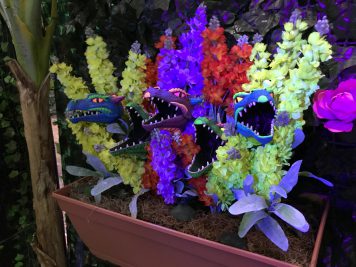 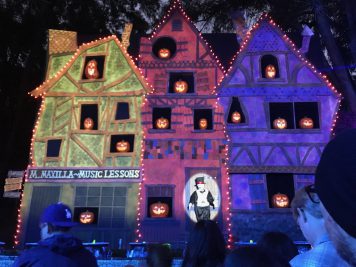 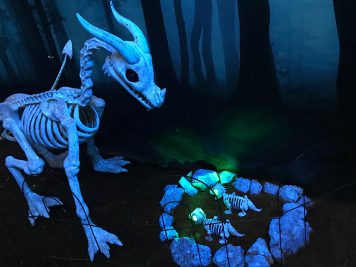 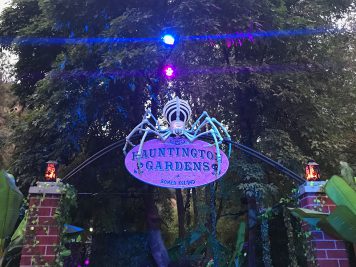 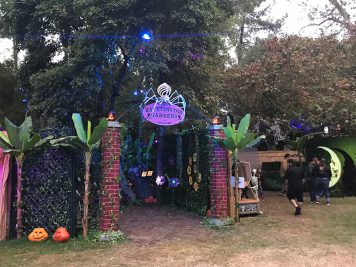 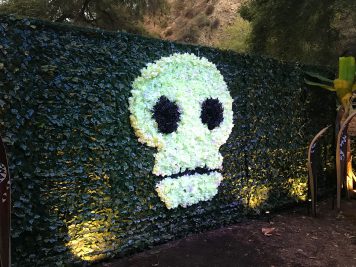 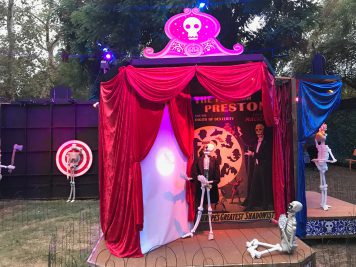 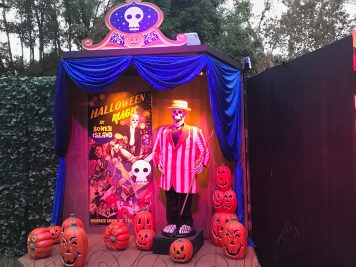 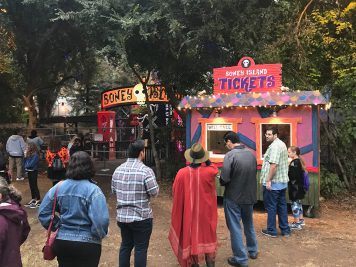