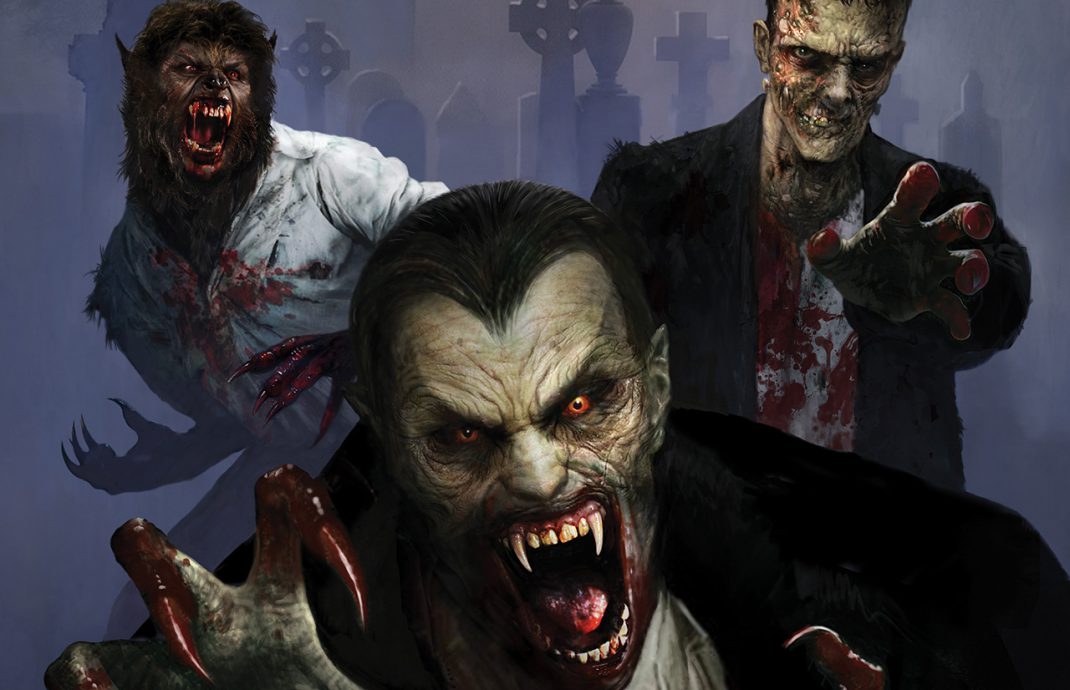 “Halloween Horror Nights” pays homage to iconic classic Monsters in this new maze by underscoring each of their unique attributes and reimagining them into terrifying modern day characters.  The Wolf Man, The Invisible Man, The Phantom of the Opera, Dracula, Dracula’s Bride, Frankenstein’s Monster, The Bride of Frankenstein and The Mummy are among those featured in the maze, to which SLASH composed a unique, complex composition that added a haunting dimension to the experience.

“This maze is the ultimate melding of two great icons, the Universal Classic Monsters and one of the greatest guitarists of all time,” said John Murdy, Executive Producer of “Halloween Horror Nights” at Universal Studios Hollywood. “SLASH has great love and respect for these legendary characters, and we knew his unique musical genius would be the perfect ingredient to help bring the Universal Monsters to life as a ‘Living Horror Movie’ for modern day audiences.”

“As a fan of horror movies and of ‘Halloween Horror Nights,’ I jumped at the chance to once again collaborate with Universal Studios Hollywood to produce what can be interpreted as a soundtrack for the maze,” said SLASH.  “Similar to the way music affects a film, I wanted to compose a score for the legions of infamous characters featured in the maze to elicit a greater sense of terror for the guests.  In the end, the goal was to ultimately make the guests feel as if they are playing an integral role in a classic Monster movie.”

SLASH and his band, SLASH FT. MYLES KENNEDY AND THE CONSPIRATORS which features SLASH (guitars), MYLES KENNEDY (lead vocals), TODD KERNS (bass/backing vocals), drummer BRENT FITZ (drums) and rhythm guitarist FRANK SIDORIS (rhythm guitar)just wrapped a sold-out, nationwide, headlining tour in celebration of the release of their new album LIVING THE DREAM. The band’s third full-length release and first new music in over four years, LIVING THE DREAM (Snakepit Records/RoadRunner Records) is available for purchase or streaming: HERE. Fueled by the Top 10 rock song “Driving Rain,” its live-action, animated video as well as the best critical acclaim of their career, LIVING THE DREAM debuted with 10, Top 10 chart placements around the world.  The first single “Driving Rain” jumped to #6 this week and climbing–marks the band’s 6th consecutive, Top 10 single at radio and SLASH’s fastest-rising single ever in his solo career. The LOS ANGELES TIMES described LIVING THE DREAM as “his best work since the demise of Velvet Revolver. …full of “unexpected funk, boogie, blues and garage rock influences.” While ROLLING STONE declared the album “a biting blues filigree at the end of a riff, weeping solos full of long notes, boogie-woogie riffs.” Elsewhere, CLASSIC ROCK hailed “the bands third and Best Album, ‘The Great Pretender’ is the album’s masterpiece and one of the best things Slash has ever done.”

At its core, “Halloween Horror Nights” is an extension of the horror film legacy originated by Universal Pictures and introduced to audiences in the 1920s…with a staple of classic Universal Monsters that dominated the silver screen, including Dracula, The Phantom of the Opera, Frankenstein’s Monster and The Wolf Man.