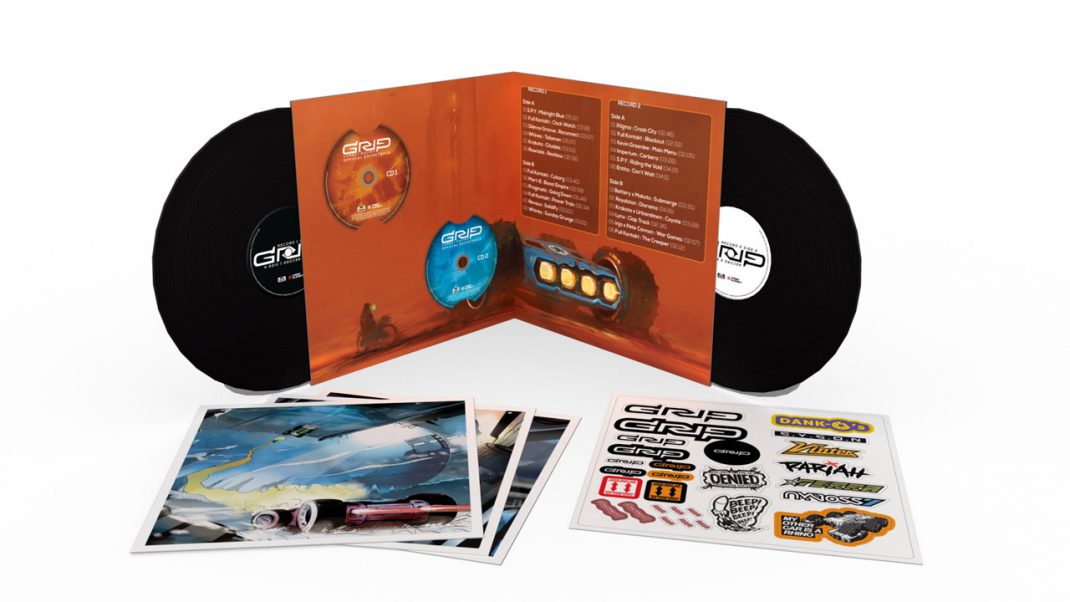 Adding a clutch of carnal drum & bass tracks to a now 24-strong lineup for GRIP: Combat Racing, Hospital Records have licensed the following 11 tracks to help usher players through each of the game’s gravity-defying courses:

“We’re super excited to have Hospital Records on board, bringing their industry-leading line-up to GRIP: Combat Racing and joining forces with the rest of our great soundtrack roster,” said Chris Mallinson, Game Director for GRIP: Combat Racing. “We think players will love pumping the huge tunes we’ve got in the game.”

Players looking to enjoy even more from the game’s soundtrack will be pleased to learn that the Collector’s Edition features the original soundtrack on double vinyl, CD and MP3 Download. Available from shop.wiredproductions.com This collector’s edition is extremely limited with only 500 numbered units being produced and only 300 being made available for general sale.

Careering towards its November 6th release on PlayStation 4, Xbox One, Nintendo Switch and Steam for Windows PC, GRIP: Combat Racing offers players a uniquely competitive experience, testing their reflexes to the limit as they accelerate towards the finish line at over 767mph. Those wishing to take their highly-tuned skills into the PVP sphere can enjoy: