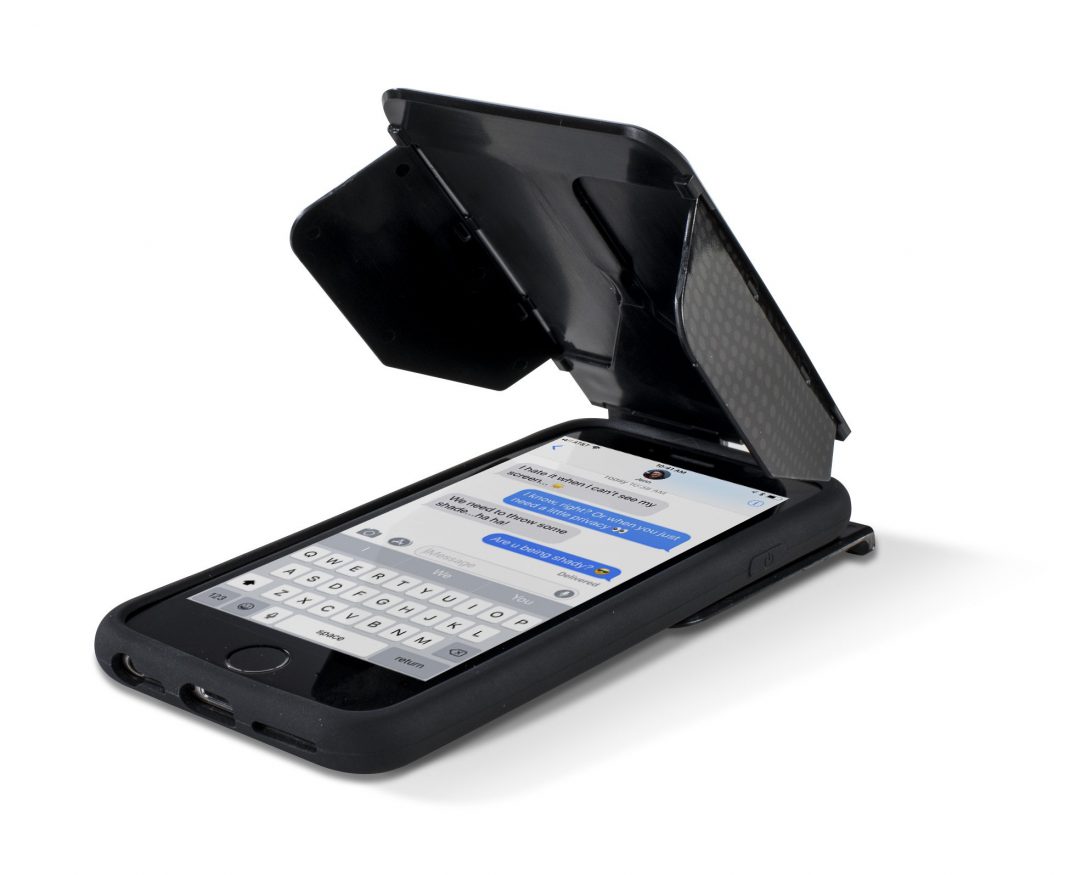 When you use your phone in public spaces, particularly crowded ones, you tend to find someone peeking at your phone.  I notice this especially in airplanes where people often don’t bring anything to entertain themselves and with a short time they are finished with the in flight magazine.  At that point they start looking around for something of interest like your phone while you are watching a movie or reading a e-book. You can also imagine being at the beach or poolside trying to read your phone and you just can’t because of the glare on the screen.  myCharge had all these issues in mind when they developed the myFlipShade, a great and affordable way to keep your phone safe in multiple ways.

Don’t be too surprised by appearance as in this case it is definitely deceptive.  The myFlipShade is made of plastic with four total joints, two attached to the visor section and one attached to each of the wings that snap down to help prevent sun glare or side peeks.  The back of the myFlipShade is a piece of plastic with 3M adhesive strips to secure the section to your phone or a case. The back piece has nice sized holes to still allow use the camera. One of the joints that connect to the backing and both of the wings make a clacking noise that at first makes you a little nervous it might be breaking but in reality they are so that you can put the upper and side shades how ever you need to and they will clack into place and not just flop around. 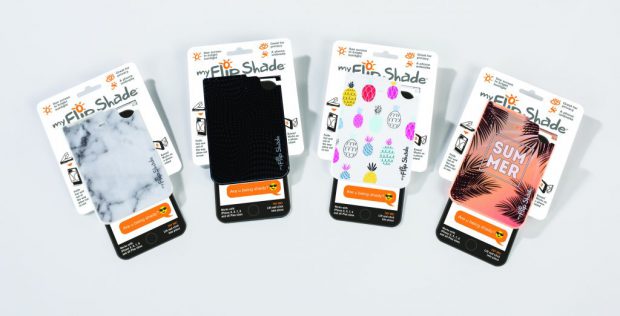 One of the very nice aspects is that the back with the camera hole only takes up a third of the back so if you have a pop up holder or a Love Handle they can be attached and still have no problem.  You can even use one of those stick-on wallets below the myFlipShade with no problems accessing the contents.  My mother-in-law likes stick-on wallets with built in stands for the back of the phone because almost every meal she puts her phone on the table and plays slot machine games while eating.  People tend to see her doing it and stop briefly while passing by to glance at it and maybe whisper to a friend about it and now they won’t.  If she isn’t worried about it being seen she can fold the whole thing onto the back of the phone and use the wings as a kickstand to watch her phone on. The only drawback to having myFlipShade attached to your phone is that you can’t see any images on your case if it is a vanity one, it does however provide a few vanity designs of its own!

While you are out in the sun it is easy for a phone to overheat fast, sometimes even resulting in some battery leeching.  The myFlipShade helps absorb the heat and allows you to keep going.  The toughness comes into play because the shade lifts up above the front of the phone both when in use and folded down, as a result if you drop it on its face or its top-end the shade will wind up taking most of the impact making it screen damage resistant.

myFlipShade fulfills a variety of functions in its small plastic shade system.  It can be great for helping view hard to see screens in the sun and makes the screen hard to see when you don’t want it to be.  It also makes a great kickstand and helps protect the phone when deployed in case of dropping it.  If myFlipShade breaks in the process, it’s only 9.99! 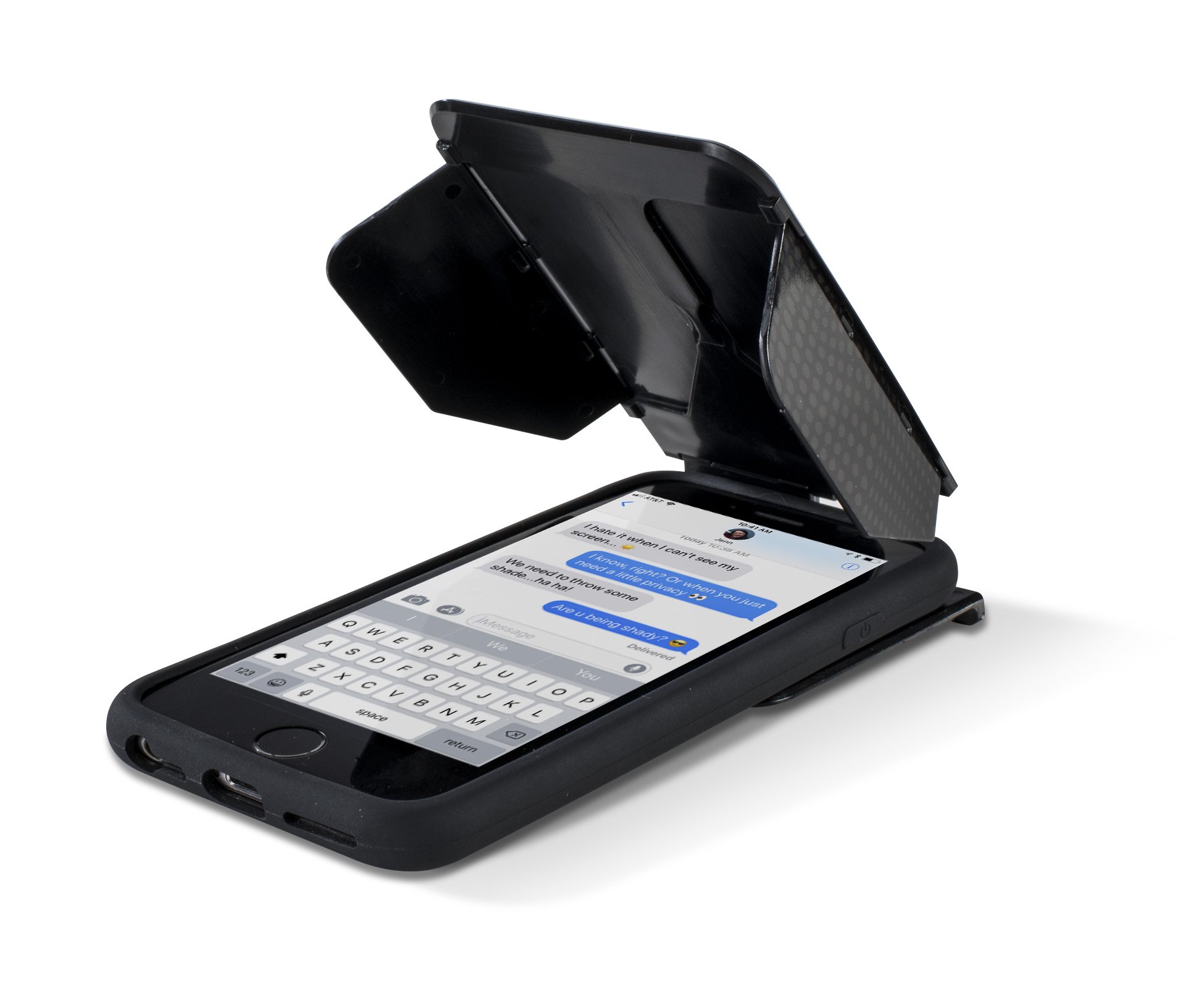