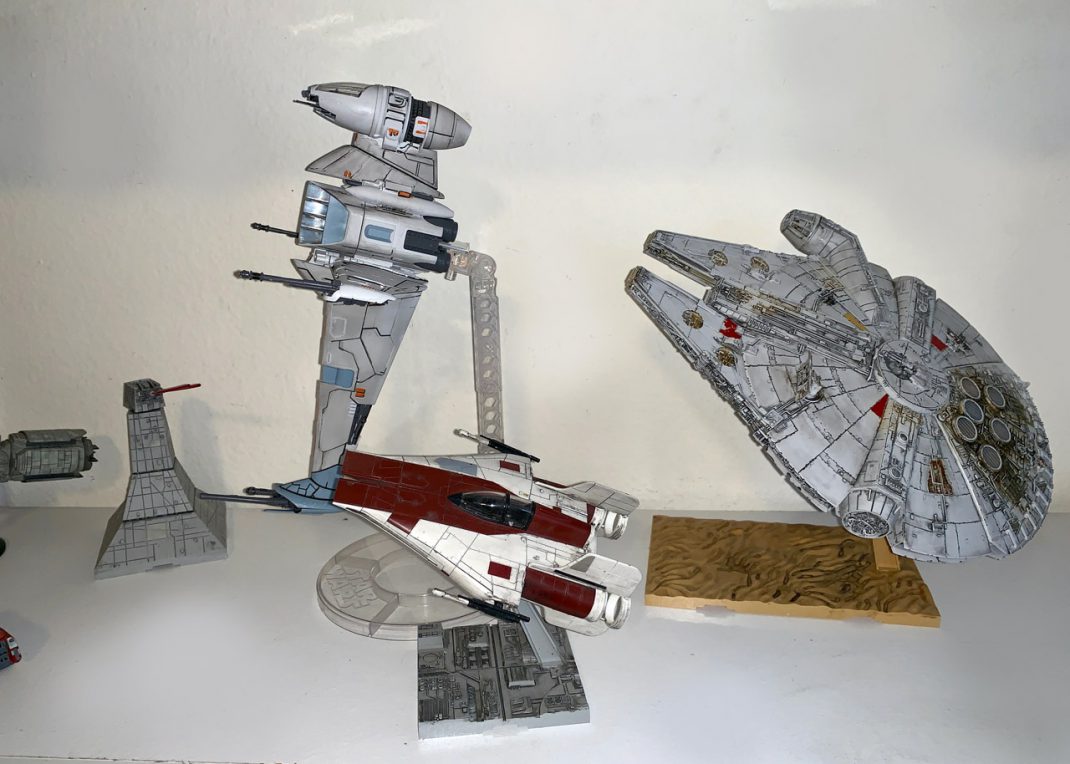 Bandai Spirits Hobby has a long history of putting out some really fun and detailed model kits – most notably the long-running Gundam series. They also have a large series of snap together Star Wars models which have received a lot of acclaim for their attention to detail. While at the 2018 San Diego Comic Con, we were fortunate to receive one of their new B-Wing Starfighter models. At 1/72 scale, this model looked very detailed from the display version we saw at their booth, and I couldn’t wait to get it home and build it. More exciting was that this special convention variant of the B-Wing came with a small LED light unit that would create engine glow when activated.

Opening the box, I took note of the various pieces and pallets, as well as the beautifully detailed instruction manual (and limited edition supplement for the lighting unit). One thing that has always been nice about Bandai’s model kits is their ability to be assembled without any tools or glue (although more on that later). I unwrapped all the plastic pallets and began construction of my B-Wing Starfighter. 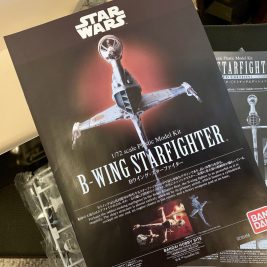 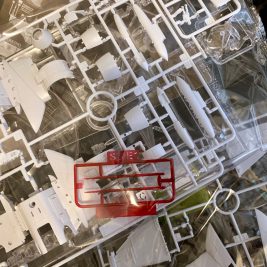 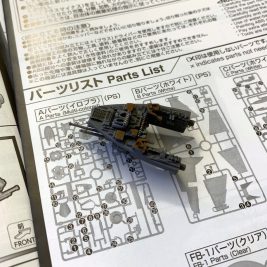 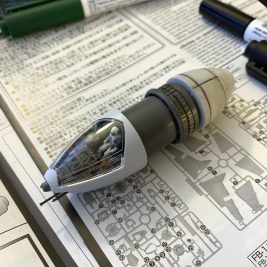 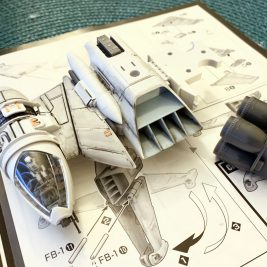 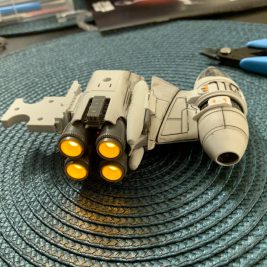 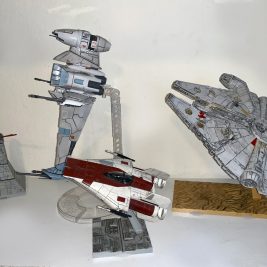 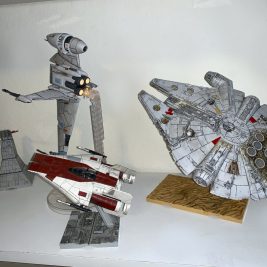 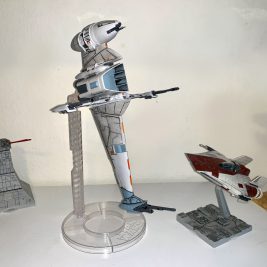 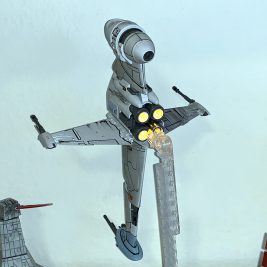 Bandai has laid out its instructions in a very logical order, and you will begin building the kit in modules. For the B-Wing, this means starting with the cockpit. I painted the instrumentation somewhat using a couple acrylic paint pens and then applied a couple of the included water decals. As a novice model painter, I had some trouble getting the pilot right but it works enough at a distance. There is no lighting in the cockpit, so making out tons of detail is difficult. The cockpit assembly came together and I then moved on to the thruster housing/powerplant of the B-Wing. The lighting module installed without issue and is easy to turn on and off – it simply slides out the aft of the model and features a small slider switch. I tend to paint as I am building – I know some would say that is a model builder sin, but it’s what I like to do when possible. Some models are best painted in pieces, some as you go, and some after completion. I definitely still have a lot of detail I can paint into the B-Wing, and I plan to revisit it at some point to do so. For now, I think it looks nice on my model shelf.

The included stand of the B-Wing is very beefy, needing to be as the model is bulky and a respectable weight – especially compared to Bandai Star Wars models like the 1/72 scale A-Wing (shown in the photographs to give a sense of size). The B-Wing can be displayed with its S-foils retracted or extended, as well as with its orientation in horizontal or vertical configurations.

Overall, Bandai Hobby’s Star Wars B-Wing Starfighter is an outstanding model kit – especially if you can get the version with the lighting unit. The model features a ton of detail and easy construction to boot.