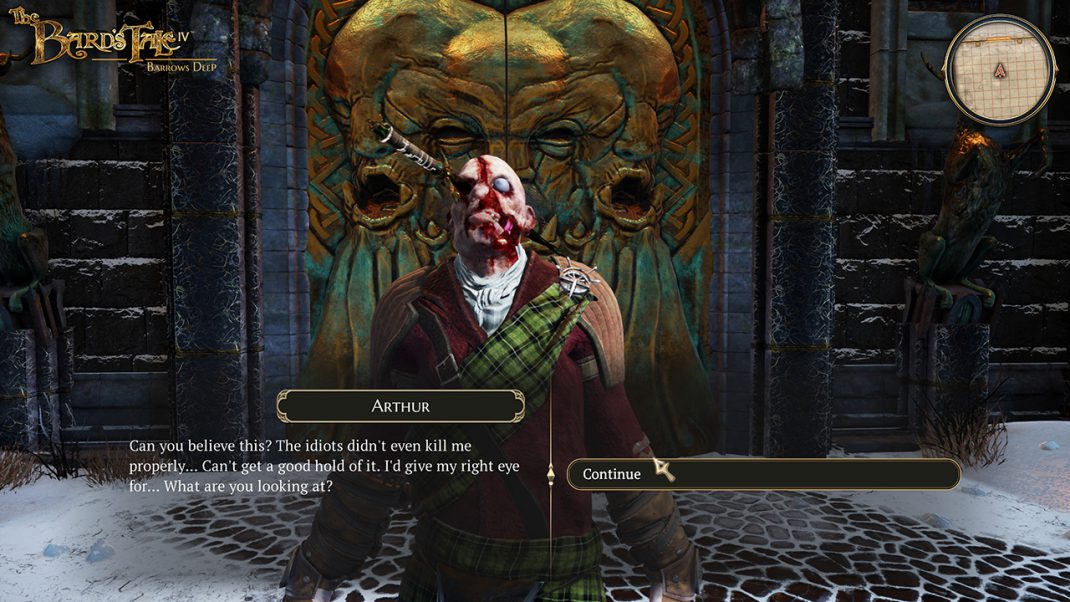 NEWPORT BEACH, Calif. – Aug. 16, 2018 – inXile Entertainment, the studio led by Interplay founder and industry icon Brian Fargo, is proud to announce The Bard’s Tale IV: Barrows Deep Wishlist Initiative, an evolution in the relationship between an indie developer and its fanbase. In a project that is the first of its kind, gamers who wishlist The Bard’s Tale IV: Barrows Deep on either the game’s Steam or GOG.com pages add to an overall counter that unlocks bonuses which reward all purchasers of the game now and in the future.

At 100k wishlisters, inXile will partner with Red Hook Studios to provide an in-game version of the iconic torch from Darkest Dungeon. According to Red Hook Studios Co-founder Tyler Sigman, “Darkest Dungeon has its roots in classics like The Bard’s Tale, so to be a small part of helping to bring the series back is a real treat for us as fellow game devs and especially as fans.”

At 500k wishlisters, two amazing tiers will unlock: first, the retail price will drop to $29.95/£24.99, knocking a full $10 off the original price. Secondly, a free DLC will be created and released for all game owners called “The Haernhold,” which finds characters adventuring in the dwarven realm of Kinestria.

In “The Haernhold” DLC, players gain the opportunity to travel beyond Caith to another dimension – Kinestria, realm of the Dwarves. Therein lies the Haernhold, home of Daeglish, one of the characters that can join the player’s party in the main game. All is not well – the tomb of a Dwarven king has been defiled, and only the heroes from Skara Brae have the power to face the darkness that has been unleashed. The only portal to Kinestria resides in Fort Garendon, and it is there where the player’s cross-realm odyssey will begin.

In 2012, inXile was in the vanguard of proving that crowdsourcing was a viable alternative for indie developers to pursue their dream projects. inXile then introduced the Kicking It Forward program, which created a pattern where successful indie devs could help others fund their own projects. Brian Fargo then joined the Advisory Board of Fig, which brought the power of investment to crowdfunding. Now, with this Wishlist Initiative, inXile is inviting their fans and RPG fans to take part in this collective effort to bring crowdsourcing to sales platforms.

According to inXile CEO Brian Fargo, “Crowdfunding opens up so many possibilities because it allows us to pursue ideas that we might not otherwise and to take creative risks. Our backers helped us get The Bard’s Tale IV: Barrows Deep made, and now we’re hoping that all our fans can help us spread the word about it, and in doing so, unlock rewards for themselves and help make the game that much more accessible for the wider gaming audience out there. Putting a game on your wishlist costs nothing, yet can mean everything to an indie studio like us. With this initiative, we’re hoping to have it mean something extra for our fans, too.”

The Bard’s Tale IV: Barrows Deep will launch on Windows PC on Sept. 18, 2018. It is expected to arrive later this year on the PlayStation®4 computer entertainment system, Xbox One, Mac and Linux. Weekly updates on the Wishlist Initiative will be provided on the company’s social media accounts: https://www.facebook.com/TheBardsTale and https://twitter.com/Inxile_Ent