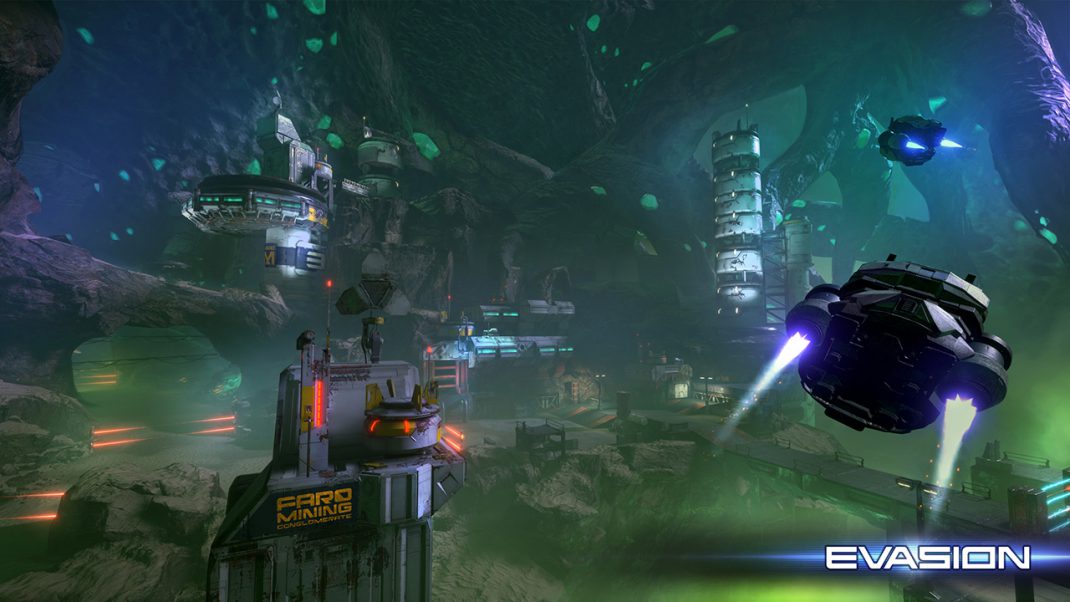 The multi-platform sci-fi shooter will officially launch across North America, Europe and Asia on October 9th for PlayStation®VR, HTC Vive and Oculus Rift at a suggested retail price of $39.99.

“After two years building our dream game for VR, we are thrilled to announce that Evasion will be releasing on October 9th,” said Jennifer Dowding, Evasion’s Senior Producer. “The Evasion team was driven to deliver an action-packed, highly polished FPS experience that we know VR gamers will love.”

Featuring breathtaking visuals powered by Unreal Engine 4, Evasion has been built from the ground up to deliver smooth locomotion and over-the-top ‘bullet hell’ action. Designed to be played either solo or with a friend in co-op, gamers will experience an intense narrative campaign as well as a thrilling Survival mode.

Players will enter the fray as a member of the Vanguard, an elite special operations team, charged with saving an embattled human colony from swarms of invading Optera. The Vanguard have four playable hero classes, each with its own unique full-bodied avatar, weapons and signature abilities.

“The team’s vision of this game has been to deliver the definitive VR combat experience, and we’ve been fortunate enough to work with outstanding hardware and technology partners in creating this,” said Kurt Busch, Studio Head of Archiact. “Community engagement and feedback has played a major role throughout development and we’re really excited to finally deliver Evasion into the hands of gamers everywhere on October 9th.”

Pre-Order Evasion now on PlayStation®Store at www.playstation.com/games/evasion-ps4/ and Wishlist on Steam at store.steampowered.com/app/683000/Evasion/

Evasion is rated T for Teen by the ESRB.

For more information and to receive the latest news, please visit www.evasionvrgame.com