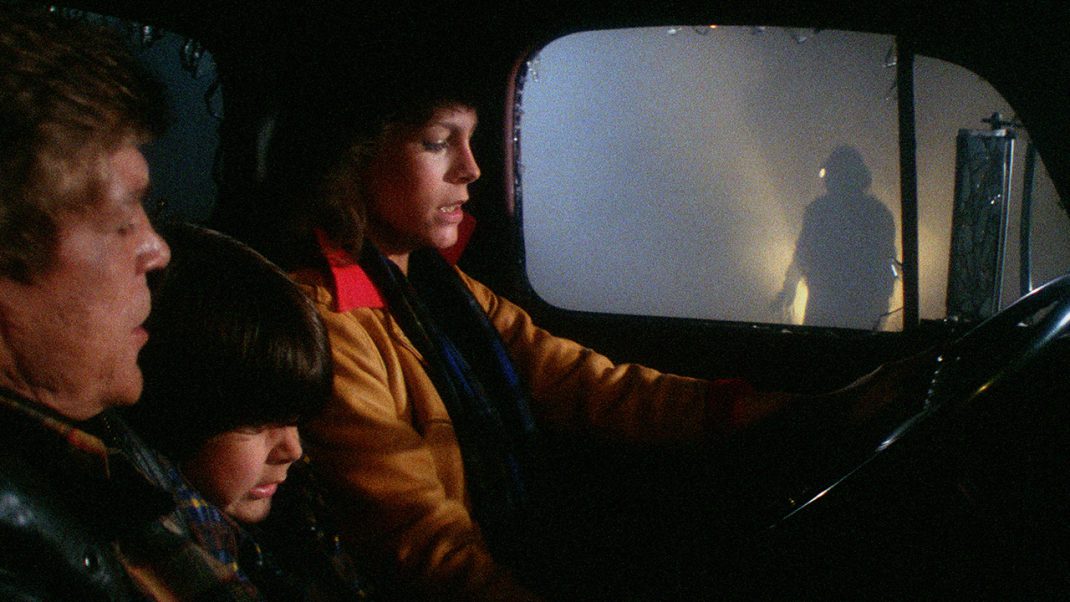 John Carpenter’s THE FOG Coming Back to Theaters in 4K

August 7, 2018- New York based Rialto Pictures will release John Carpenter’s landmark horror movie THE FOG on October 26, in its first-ever major restoration. The horror classic, in a full 4K restoration from Studiocanal, opens October 26 for limited runs at the Metrograph, in New York, Landmark’s Nuart in Los Angeles, and The Music Box Theatre in Chicago.

Additional screenings will occur during the week of Halloween throughout the Alamo Drafthouse circuit and other specialty theaters.

Carpenter’s first post-Halloween venture into the H.P. Lovecraft-inspired, apocalyptic vein that he would continue to mine in films like The Thing (1982) and Prince of Darkness (1987), THE FOG depicts the seaside California town of Antonio Bay in the grips of an ancient curse and a creeping mist. Drenched in malevolent atmosphere and packing an ensemble cast that includes Adrienne Barbeau, Tom Atkins, Hal Holbrook and the mother-daughter duo of Janet Leigh and Jamie Lee Curtis, this is the director at his ingenious, chilling best, servicing a contemporary taste for gore while simultaneously evoking the spirit of Val Lewton.

Out of theatrical release for years due to faded, unplayable prints, THE FOG can now be viewed again as it was intended, with the restoration of its breathtaking color cinematography by Dean Cundey (Escape From New York, Back To The Future (I-III), Apollo 13, Romancing The Stone), who deftly captured both the daylight beauty of the Point Reyes shore and the ghostly goings-on in the dark, eerie night.

“The Fog has been our most requested title for as long as we have handled the Studiocanal library here,” according to Eric Di Bernardo, Rialto’s director of sales. “It is Carpenter’s most visually alluring film and we think it’s been worth the wait.”

Founded in 1997 by Bruce Goldstein, Rialto Pictures brings the finest of world cinema to screens across North America. From new restorations of enduring classics such as Carol Reed’s The Third Man, Jean Renoir’s Grand Illusion, and Akira Kurosawa’s Ran to genre mainstays like John Carpenter’s Escape From New York and Sam Raimi’s Evil Dead 2, Rialto Pictures offers an eclectic range of cinematic adventures appealing to any audience. Since 2012, Rialto Pictures has been the U.S. theatrical and non-theatrical representative of the Studiocanal library of over 2,000 international classics. Often featuring updated subtitles and renewed marketing materials, Rialto Pictures aims to engage moviegoers with cinematic history, preserve film culture, and highlight the continued relevance of classic stories through high quality theatrical presentations.