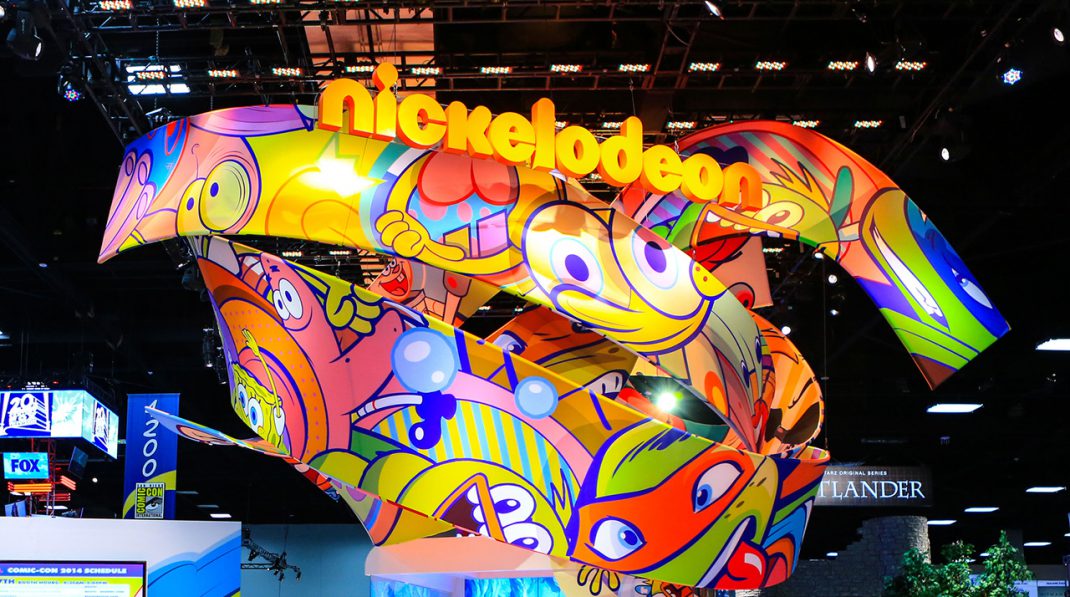 BURBANK, Calif.—Aug. 2, 2018—Nickelodeon today announced the development of Meet the Voxels (working title), an original TV, virtual reality and augmented reality series conceived by Chris Young, Senior Vice President of Nickelodeon’s Entertainment Lab. The animated sitcom, created in a game engine, marks a first for Nickelodeon in its use of cutting-edge virtual cinema technology, including real-time full body and facial performance capture, bringing an innovative approach to immersive storytelling. Nickelodeon’s Entertainment Lab is the network’s division established to spearhead long-range research and development around emerging platforms and new technology. Meet the Voxels is being developed to air across Nickelodeon’s channels globally.

Meet the Voxels takes kids behind the scenes of a video game world and follows a family of video-game characters, the Voxels, on their adventures on-and-off-duty. The family members (all names working titles) are:  Hunter, the 13-year-old star of a laser-tag video game; Maude, a 16-year-old girl fighting to pop as many bubbles as she can; their younger brother Cody who has not found his video game calling yet; Mom, a popular street fighter in her game; and Dad, a 90’s-era classic console game character who quit the business years ago.

Said Young, “Our vision is to take the real-time technology we’ve been exploring in the Lab and marry it with a creative concept that connects with kids and their passion for video games. We designed this next-gen animation workflow and filled it with characters who can exist naturally across multiple platforms from day one.”

Over the past year, Young has developed new entertainment experiences for kids including: SlimeZone, a multi-player social VR experience that allows kids and families the opportunity to interact in a Nickelodeon-designed virtual world; The Loud House 360, an original video where viewers can explore the madness of the Loud family household from all angles; and Rise of the Teenage Mutant Ninja Turtles VR Interview Experience,  a virtual reality experience that immerses users in the Turtles’ iconic New York City world and allows them to have a conversation with Mikey or Donnie, voiced on the scene by the actors who play the roles. The Turtles experience debuted at San Diego Comic Con 2018.

Young will help to guide further development of a larger slate of animated projects to be announced shortly.

Prior to overseeing Nickelodeon’s Entertainment Lab, Young previously served as Executive Creative Director, Nickelodeon Animation Lab, where he focused on exploring and engineering alternative animation pipelines. Prior to that role, he held the title of Producer at the Nickelodeon Animation Studio in Burbank. Young began his entertainment industry career at age 15 when he starred as boy genius Bryce Lynch on the cult TV series Max Headroom. Before becoming a producer and director, Young starred in the feature films The Great Outdoors, Book of Love and PCU.  He produced Disney Channel’s animated movie The Proud Family, developed, produced and starred in the NBC movie Killing Mr. Griffin and served as executive producer and director on 26 half-hour episodes of Discovery Channel’s The Adventures of A.R.K. Young also founded and served as Chief Creative Officer of Animobile, a forerunner in the mobile gaming space, where he designed and oversaw the production of over two dozen original mobile games for multiple handheld devices.