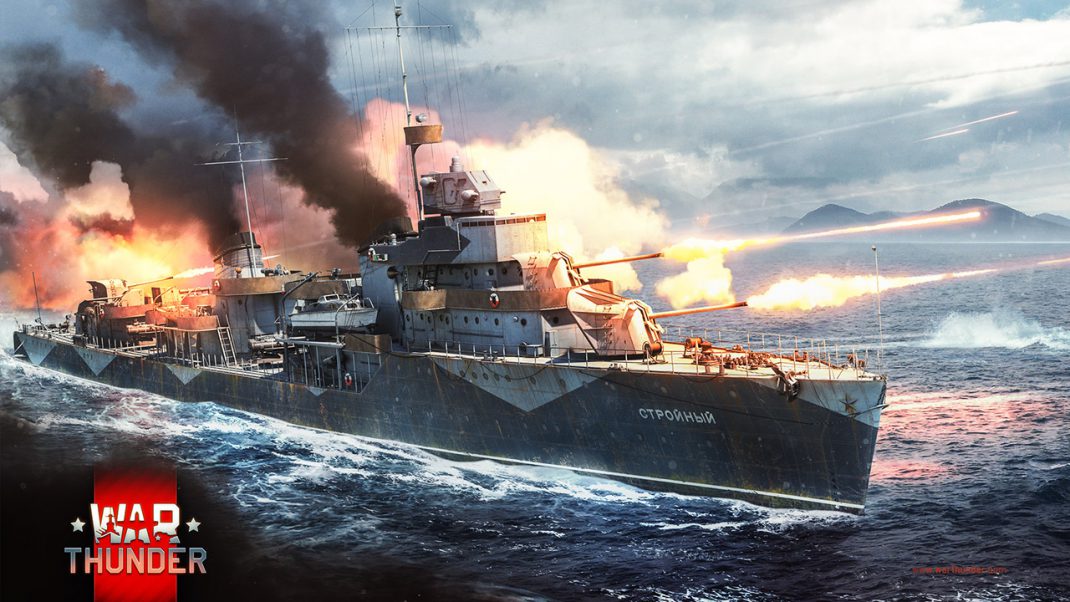 August 1, 2018 — Gaijin Entertainment today announced the initial release of the Soviet Naval research tree to the vehicular combat MMO War Thunder. As the third nation to be featured in the game’s naval battles, the Soviet Union joins the fray with a first batch of 23 carefully reconstructed ships of various classes and sizes. All participants of the Naval Forces Closed Beta can research and play the new ships.

Since June 2018 the Closed Beta of the War Thunder Naval Forces is in full swing. Participants already sank more than 3,000,000 ships and downed more than 500,000 enemy aircraft in action-packed naval encounters all over the globe. Players can join the Closed Beta by sending an application via the official website, or gain immediate access by purchasing a Naval pack featuring one of the premium Destroyer-class ships. For the next two weeks, players who already own any Naval pack will receive a 50% discount on the pack containing the Soviet destroyer ‘Stroyniy’ (eng. Shapely).

Naval players have already been able to try the ships of the United States Navy and German Kriegsmarine. The first two ranks of ships in War Thunder feature fast and maneuverable torpedo boats, gunboats and submarine chasers, while the later ranks feature more massive ship classes such as destroyers and light cruisers.

The Soviet light cruiser ‘Red Caucasus’ will be the current top ship in the Soviet line, having distinguished itself in real life as a staunch and trusty vessel capable of staying in battle even under sustained enemy artillery fire and attacks by aircraft. The new premium destroyer ‘Stroyniy’, a sister vessel of the Project-7U-class, features increased anti-aircraft capabilities and an additional 76mm cannon at the stern. In general, the Soviet Naval tree offers a well-rounded set of ships of all sizes and playstyles, ready to take on the Naval Forces of both the US and Germany on equal terms.

More information is available on the War Thunder website: