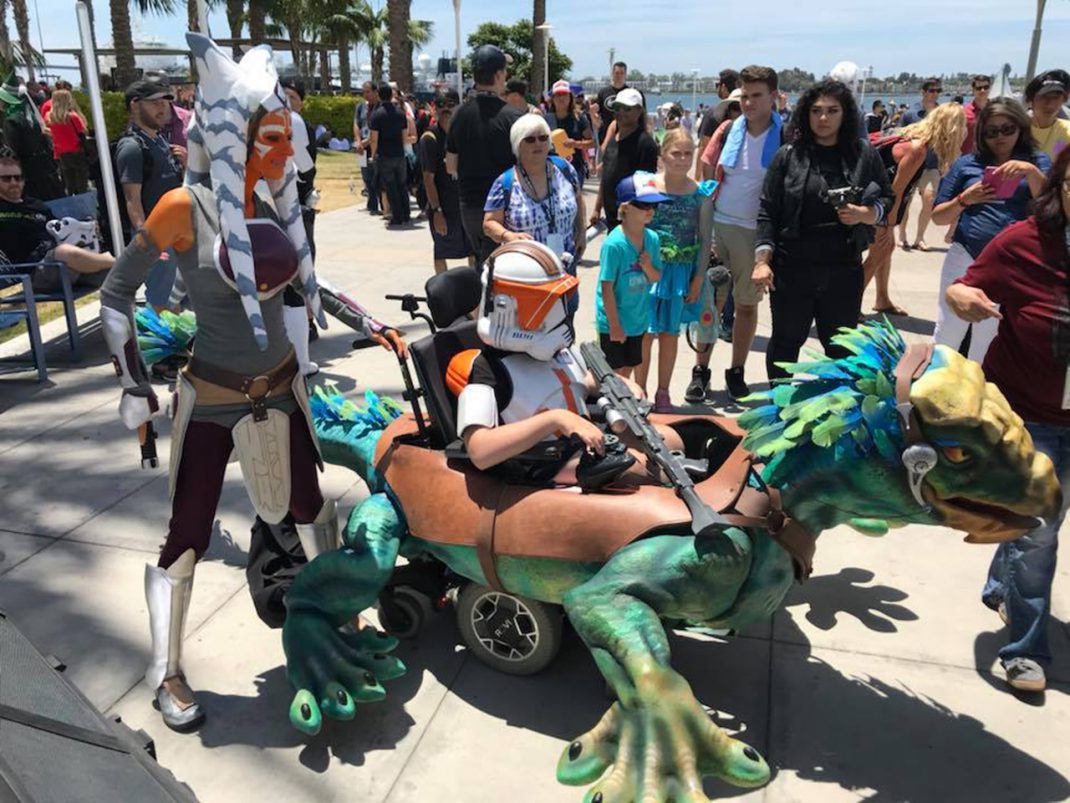 The recipients of the new Magic Wheelchair costumes have been deemed ‘ultimate Star Wars fans’ and now get to enjoy the ultimate cosplay experience. They were matched with volunteer builders worldwide including Adam Savage, Tom Spina, Fon H Davis, Michael McMaster, Gordon Tarpley, Pixologic, Dangling Carrot, and Monster City Studios, who worked tirelessly for over three months to ensure that the custom-fitted costumes – which include sound, animatronics, LED lighting and other special effects – are EPIC. 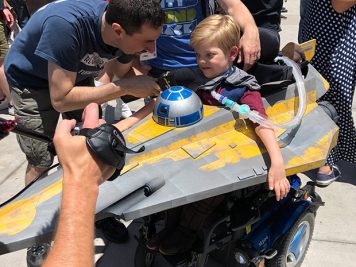 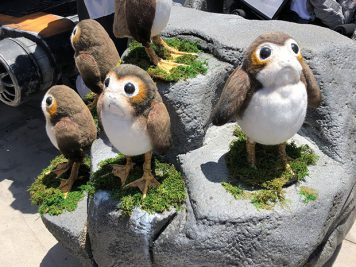 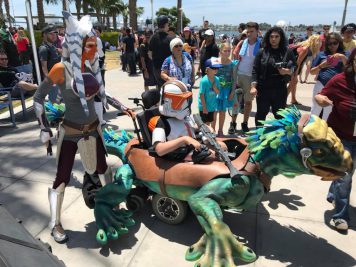 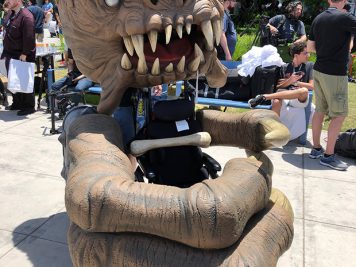 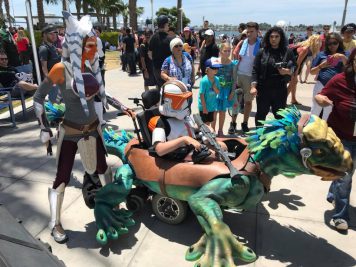 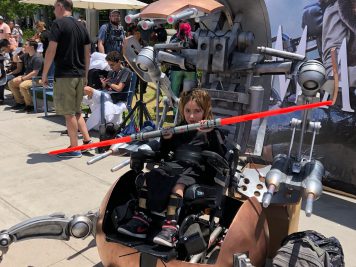 Adam Savage, former co-host of MythBusters and editor-in-chief of Tested.com, emceed the reveal on Saturday. As it was the first time the kids and their families saw the costumes, it proved to be a powerful and emotional experience for everyone in attendance. The kids were then able to spend the rest of the weekend enjoying the show in their new amazing cosplay.

Magic Wheelchair was at San Diego Comic-Con as Mimoco’s selected charity partner. More information can be found at https://www.magicwheelchair.org/.