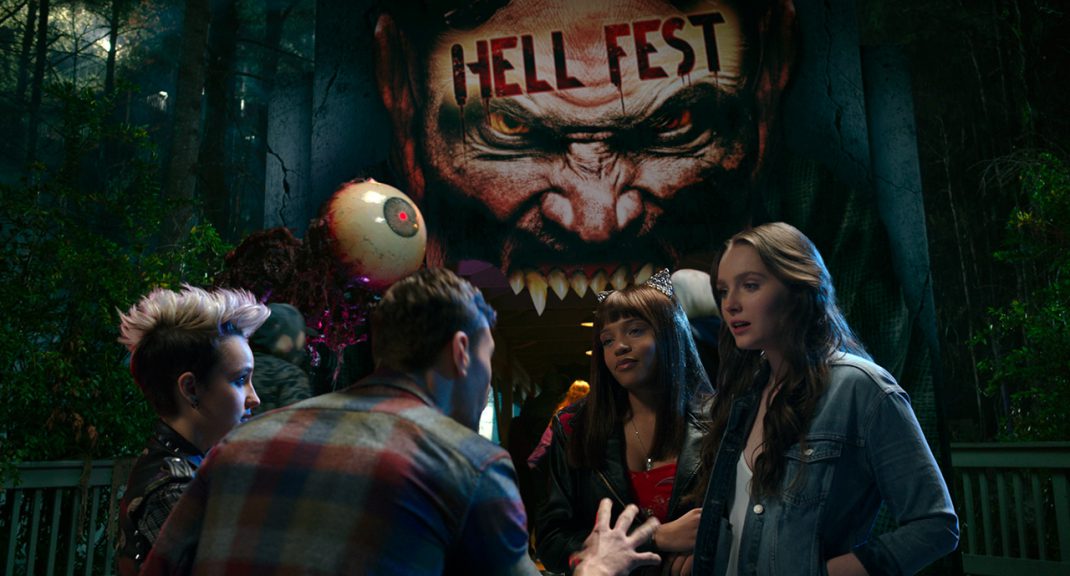 July 13, 2018 – CBS Films and Lionsgate will release HELL FEST in theaters September 28, 2018. Welcome to HELL FEST, a terrifying new vision of horror from director Gregory Plotkin (Paranormal Activity: The Ghost Dimension, Editor – Get Out, Happy Death Day) and Producer Gale Anne Hurd (The Walking Dead, The Terminator). If you dare, prepare yourself for unimaginable scares in the Green Band Teaser Trailer coming next week…

Check out the NEW Teaser Poster: 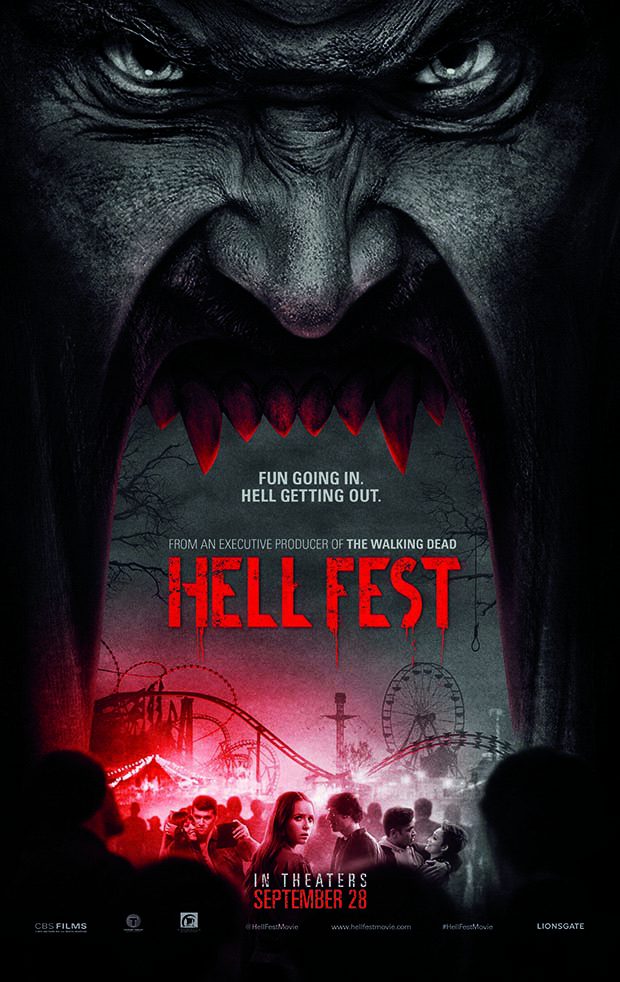 A masked serial killer turns a horror themed amusement park into his own personal playground, terrorizing a group of friends while the rest of the patrons believe that it is all part of the show.

College student NATALIE (Forsyth) is visiting her childhood best friend BROOKE (Edwards) and her roommate TAYLOR (Taylor-Klaus).  If it was any other time of year these three and their boyfriends might be heading to a concert or bar, but it is Halloween which means that like everyone else they will be bound for HELL FEST – a sprawling labyrinth of rides, games, and mazes that travels the country and happens to be in town.  Ever year thousands follow Hell Fest to experience fear at the ghoulish carnival of nightmares.

But for one visitor, Hell Fest is not the attraction – it is a hunting ground.  An opportunity to slay in plain view of a gawking audience, too caught up in the terrifyingly fun atmosphere to recognize the horrific reality playing out before their eyes.  As the body count and frenzied excitement of the crowds continues to rise, he turns his masked face to NATALIE, BROOKE, TAYLOR and their boyfriends who will fight to survive the night.

A terrifying thrill ride from iconic horror producer Gale Anne Hurd (The Walking Dead, The Terminator) and director Gregory Plotkin (Paranormal Activity: The Ghost Dimension, Editor – Get Out, Happy Death Day), this September, audiences will discover that it’s fun going in… but it’s hell getting out.