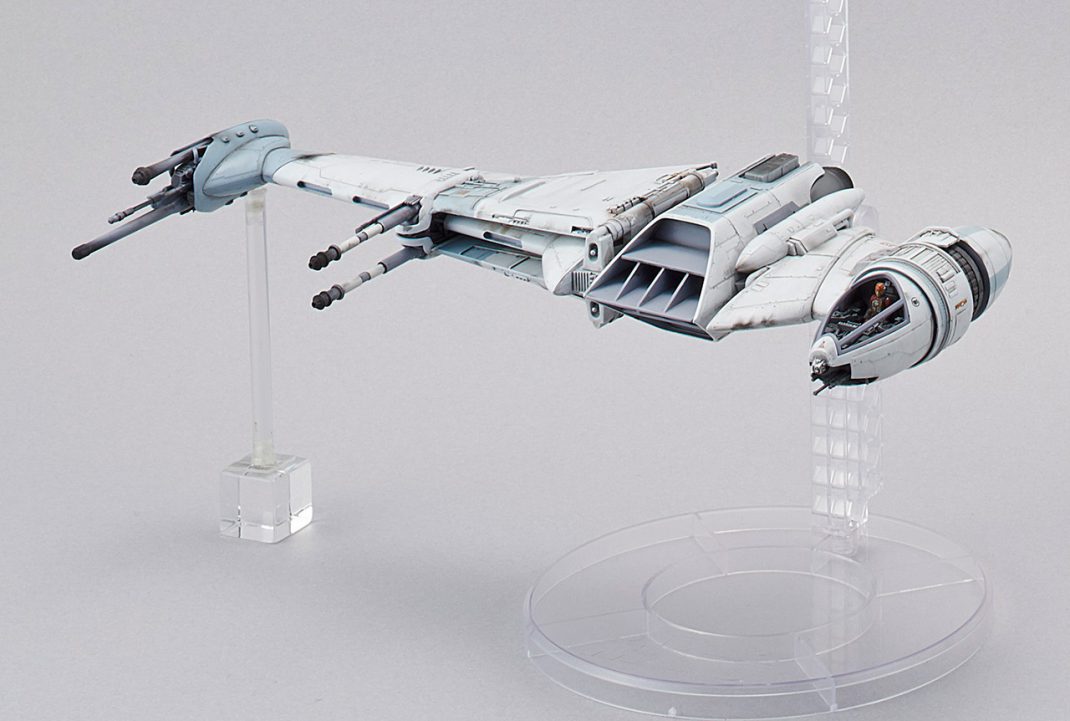 Anaheim, CA, June 26, 2018 – Bluefin, the leading North American distributor of toys, collectibles, and hobby merchandise from Japan and Asia, presents an impressive array of stunningly detailed and easy to assemble kits from Bandai Spirits Hobby that will be available for purchase during Comic-Con International 2018. A pair of Comic-Con exclusive kits also will be available.

Comic-Con International is one of the nation’s largest comic book, science fiction, and pop culture events, and will take place July 19th–22nd at the San Diego Convention Center, in San Diego, CA. Bluefin will be located in Booth #401. Complete details on Comic-Con are available at: comic-con.org.

Catch the following Comic-Con Exclusive kits from Bluefin during the show: 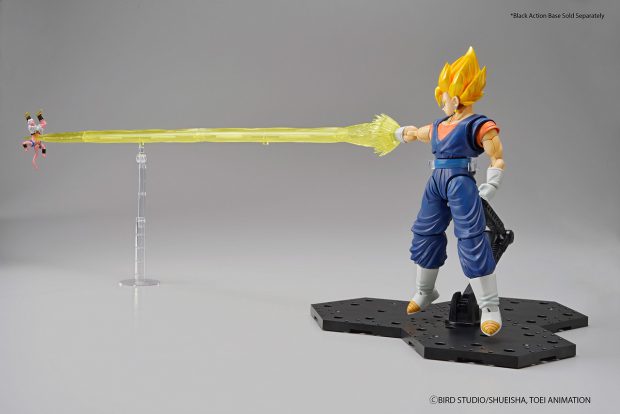 Being released for the first time anywhere in the world, and a month before the regular edition, this set includes an LED feature for its engines, an alternate seated pilot figure, and different mechanical details on the body and wings, with different color markings and different color injection. Various features create added realism such as opening-closing wings, rotating cockpit and included laser effects that can be attached to the tips of the wings when displayed vertically as well as the choice between clear or frame parts for the canopy. A nipper or sprue cutter is recommended for assembly but the kit does not require glue.

Comic-Con attendees will be the first to get their hands on the Figure-rise Standard Vegetto for the first time in the world – even earlier than in Japan!  The fusion between Goku and Vegeta to counter Majin Buu using the “Potara,” a sacred artifact of the Supreme Kai, is now available in a Figure-rise Standard edition. Boasting the widest range of any Figure-rise Standard kit, Vegetto can achieve a multitude of poses recreating fan favorite scenes from the anime series! A substantial 17.7-inch Vegetto sword is also included as well as an impaled Buu (2.5” tall) figure. by using forced perspective, one can arrange this kit to accurately mimic this memorable moment in the heat of battle!

Based in Anaheim, CA, Bluefin built its reputation as a leading distributor of Japanese toys, collectibles, novelty and hobby products. In recent years, Bluefin has grown to include a range of high quality collectible lines from Asia and has established itself as the official North American consumer products and retail development partner for Studio Ghibli. Selling to thousands of specialty, chain and independent stores, Bluefin is an official North American distributor for Bandai Hobby, Bandai Shokugan, and Storm Collectibles, and is the sole provider of Bandai Tamashii Nations products, and is also the exclusive and official distributor for Mr. Hobby, SEN-TI-NEL and Flame Toys. Additional information is available at: www.bluefincorp.com.