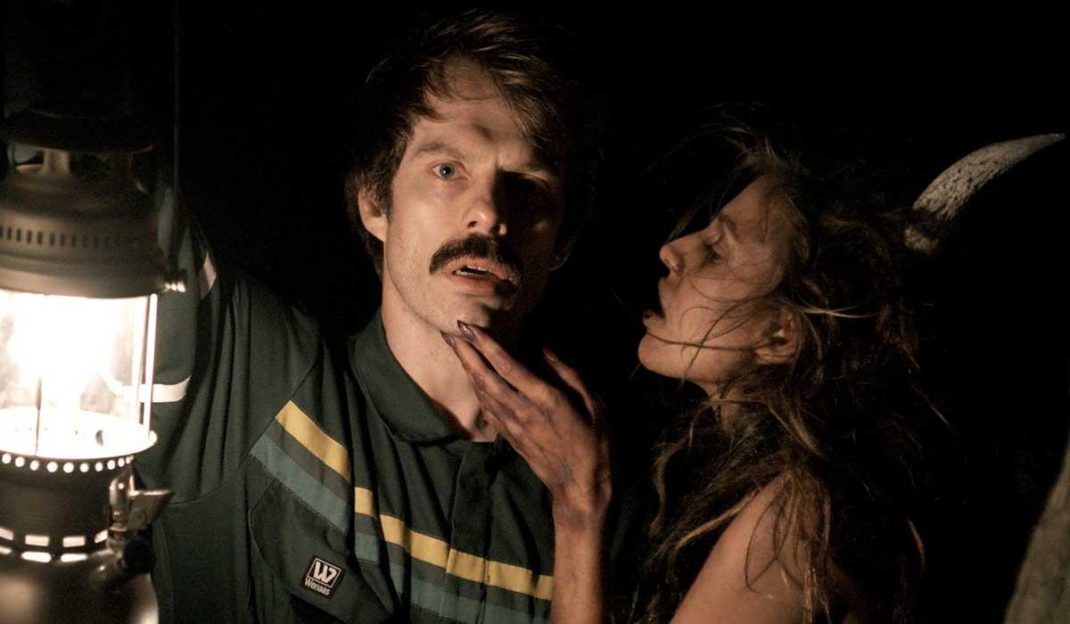 I love horror movies and it doesn’t matter if they are subtitled, only if they are good or cheesy good – I like either way.  One of my all time favorite movies is Let the Right One In which was remade in an American version as Let Me In and I prefer the subtitled original since it just felt like it had more heart. It wasn’t as polished but the acting was very believable and touching, which is not something you hear about in a vampire movie usually.  It is something that can be said to a degree about Vidar the Vampire, a coming of age late story that tackles religion as well as affairs of the heart.

We first see Vidar as a teenager, doing farm chores from dawn until dusk literally being woken up by the morning rooster and not too happy about it.  He’s a good boy though and it is what is needed with the only other family member being an invalid mother.  The local girls call him out supposedly to go steady but in fact just to get a reason to make fun of him.  It’s a dull life that doesn’t promise much of a future as we see him going into his 30s, still a virgin and still just working the farm.  He prays to God and Jesus for him to have a sampling of women “twenty plus.”  Antsy afterwards and unable to sleep he sits on the back porch only to see bright light appearing from all of the windows of their barn.  He goes inside and that is when this movie, a rather bizarre tale, actually starts up. 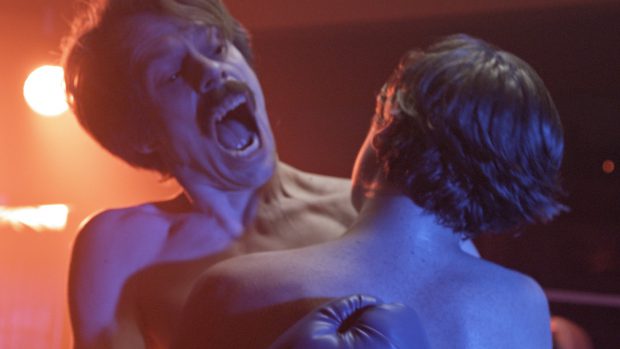 The movie is told kind of like Interview with a Vampire only, instead of being interviewed by a journalist, Vidar is talking to a psychologist instead – knowing his story and life in general are messed up.  It is mostly told in flashbacks with cuts to the present to discuss the questions of sanity and theology that come up throughout the tale, it really is loaded with both.  Unlike in Interview with a Vampire, Vidar’s powers are limited and so it is hard to show the psychologist the truth about him and leaves you at times wondering if you have a faulty narrator, one that believes his story is true when it might just be delusional.  Thankfully they don’t leave that question hanging when the movie ends.

The budget was obviously low but so was the budget for Let the Right One In which shows that a movie can have heart even if it doesn’t have a budget.  The music is particularly interesting too since it sounds like a Norwegian Tom Waits or Nick Cave And The Bad Seeds with folksy tunes filled with deep meaning lyrics.

Vidar the Vampire is not just a dark comedy – it is pretty much a black comedy with much of the humor coming at poor Vidar’s expense and also reminds you about moments in your own life that mirror what Vidar goes through.  It shows that life never turns out quite the way you want it to, even when you get your prayers answered. Vidar the Vampire was directed by Thomas Berg and Fredrik Waldeland and is available now.