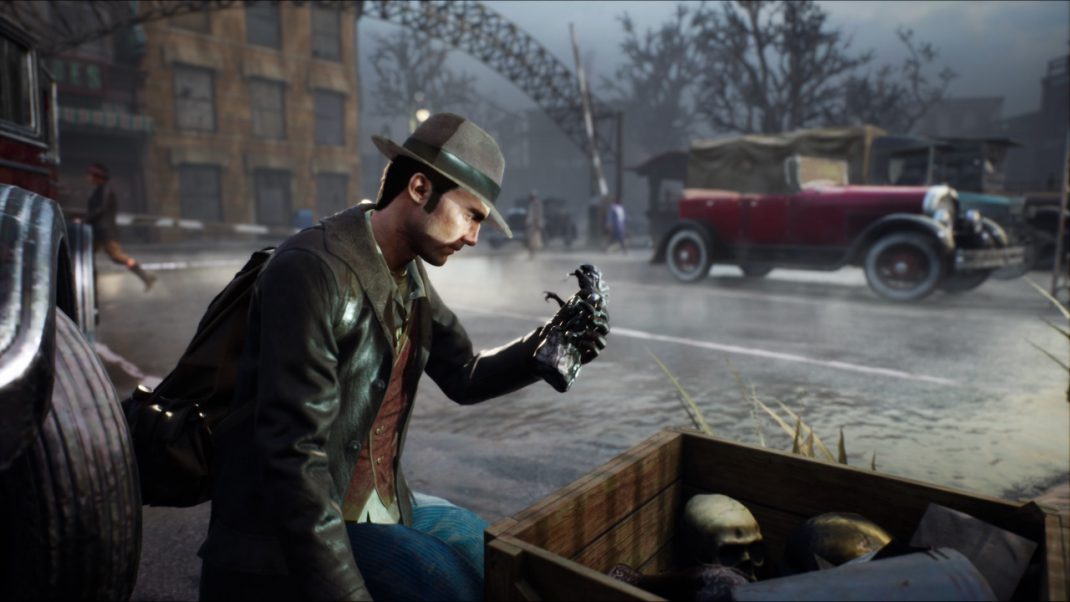 June 12, 2018 — Bigben and Frogwares today unveil a gameplay trailer and cutscene for The Sinking City, the exploration game arriving on console and PC on March 21, 2019. The game will will be shown this week at E3.

Taking place in the 1920s, The Sinking City is a game of adventure and investigation set in an open world inspired by the works of the famous American horror author H.P. Lovecraft. Players step into the shoes of a private investigator who arrives in the city of Oakmont, Massachusetts — a city suffering from unprecedented floods of supernatural phenomena. Players must uncover the source of whatever has taken possession of the city, and the minds of its inhabitants.