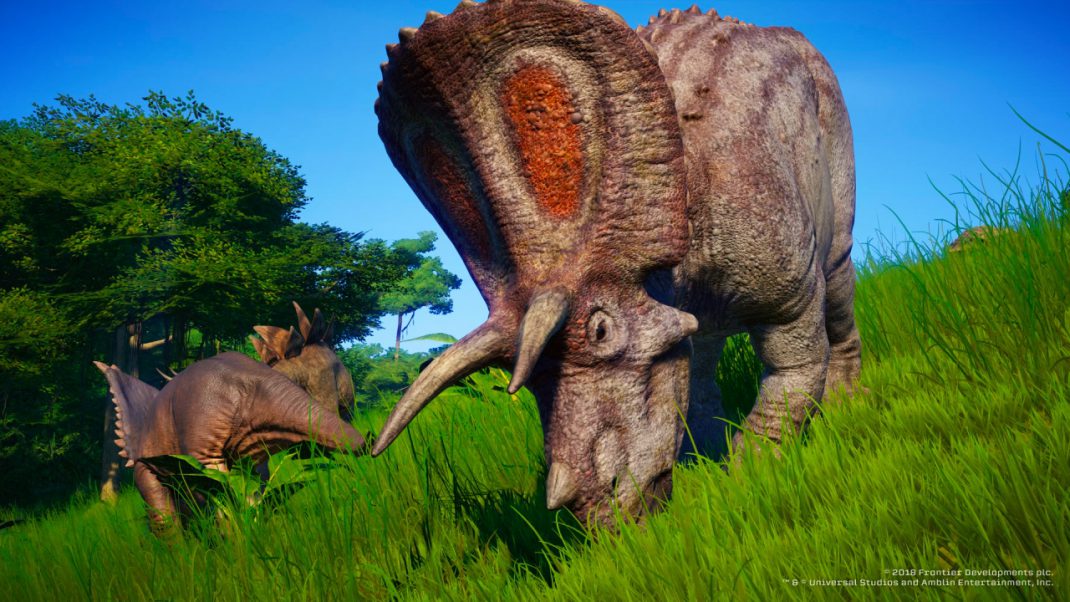 June 12, 2018 – Frontier Developments is pleased to announce that Jurassic World Evolution is now available for PC, PlayStation 4 and Xbox One!

For fans attending the E3 Expo in Los Angeles, Jurassic World Evolution will also be available for viewing and playing at Frontier Developments (South Hall Booth 623).