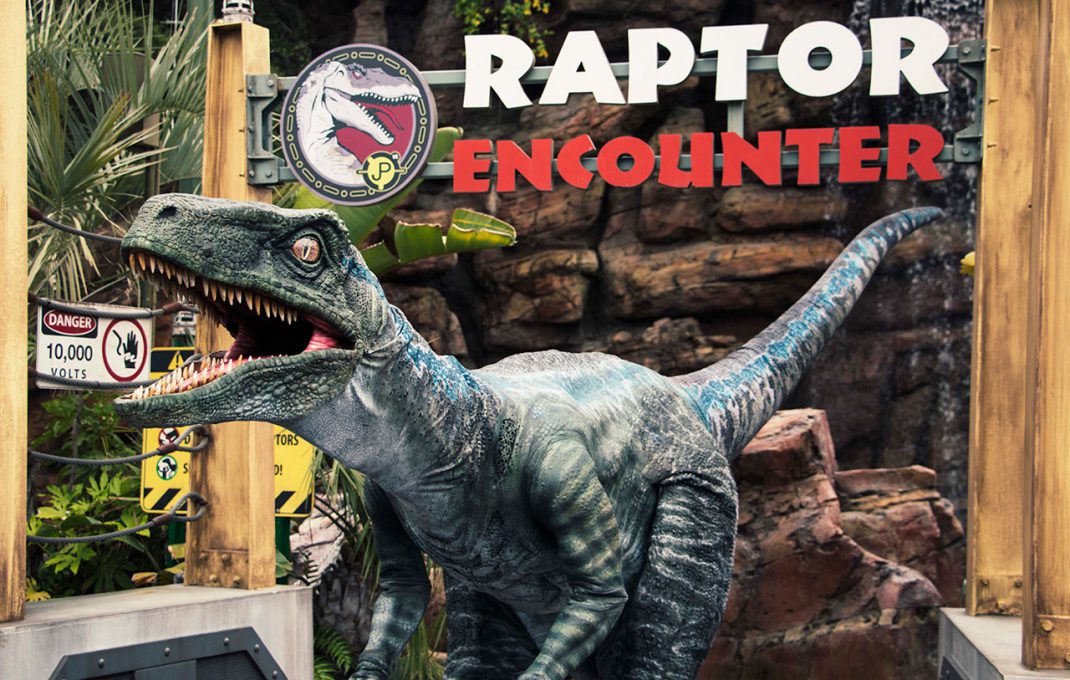 The imposing life-like creature is Owen’s beloved Velociraptor from Jurassic World and Jurassic World: Fallen Kingdom and was brought to life for the “Raptor Encounter” employing the exact computer-generated model and images used to create her for the big screen.

Blue is a welcome new addition to the “Raptor Encounter,” allowing guests to come face-to-face with the clever carnivore. Velociraptors are intelligent and formidable hunters, and theme-park guests are advised to approach them with caution.

With their intimidating eye contact and ear-piercing screeches that reinforce predatory dominance, each Raptor bares 56 razor-sharp, bone-crushing teeth and lunges forward with curved talons that extend up to 12 inches from their 18-inch-long feet. Towering 12 feet in height and 15 feet—from tail to snout—the aggressive carnivores will each succumb to highly skilled handlers who adeptly guide them to within feet of guests. 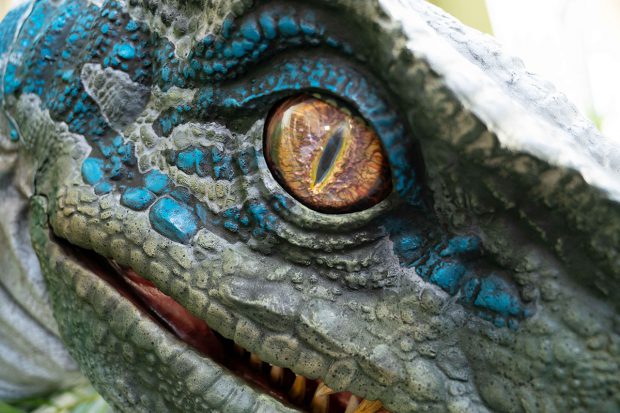 Universal Studios Hollywood recently announced its “Countdown to the Extinction of Jurassic Park—The Ride” campaign designed to pay homage to the thrill ride that closes on September 3 to make way for the all-new Jurassic World ride, a technologically-advanced epic adventure inspired by Universal Pictures’ blockbuster film franchise, opening in 2019.

Twenty-two years later—and after sending millions of guests back to the Jurassic era for menacing encounters with such predators as Stegosaurus, Parasaurolophus, Dilophosaurus, Velociraptors and the Tyrannosaurus rex, “Jurassic Park—The Ride” will become extinct in preparation for a new, next-generation experience that’s even more immersive and technologically-advanced.