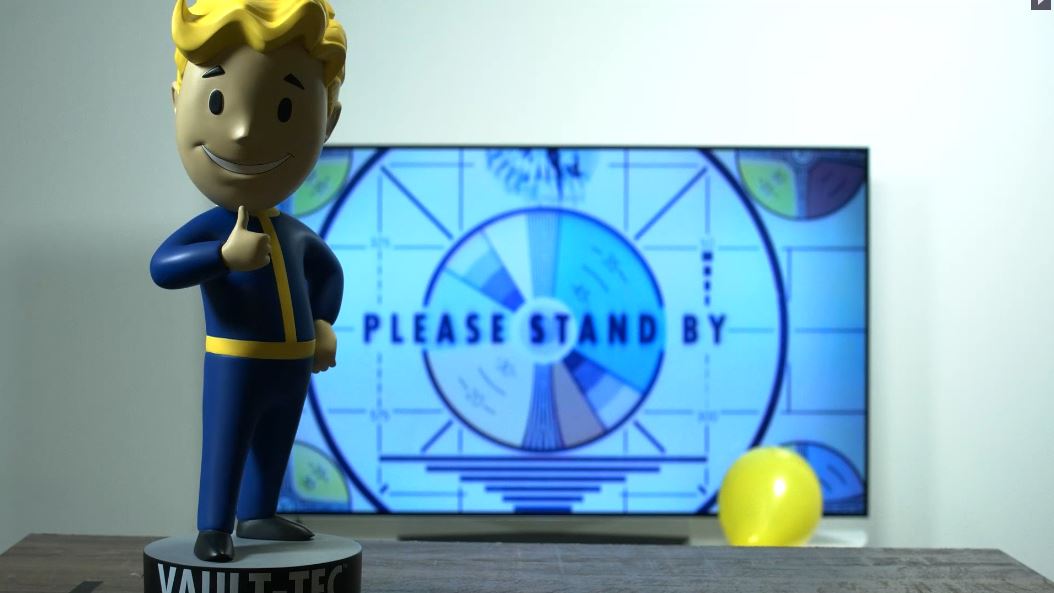 Bethesda Teases New Fallout Announcement Leading up to E3 2018 #BE3

This morning, Bethesda released a teaser image for what appears to be a new Fallout game on their social media channels. Also, their Twitch channel began streaming a feed of a Vault Boy bobble head in front of a large TV with a “Please Stand By” teaser image on it. Will this be a 10th anniversary release of Fallout 3 or an entirely new entry into the Fallout franchise? Time will tell!