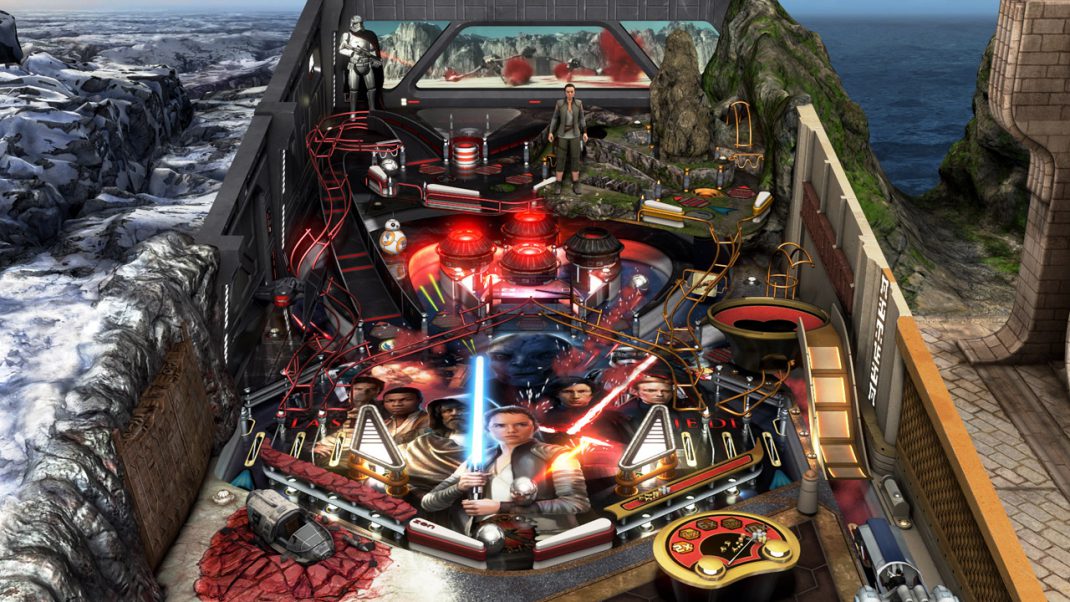 Being a huge pinball player, I was very excited to try out the new Star Wars The Last Jedi pinball table DLC for Zen Studios amazing Pinball FX3 on the Xbox One. First thing to note is that there are only two tables in this DLC offering: Star Wars: The Last Jedi Pinball and Star Wars: Ach-to Island Pinball. This has become fairly common place in the the electronic pinball tables and makes a decent amount of sense as there is a lot more programming that goes into a virtual pinball machine. There are animations and even mini side-stories all told by what you hit or miss on the table. These two tables will cost you $6.99 which some may feel is a lot, but I found that with the action involved in the games and how quickly I lost myself into them, that price was more than fair. 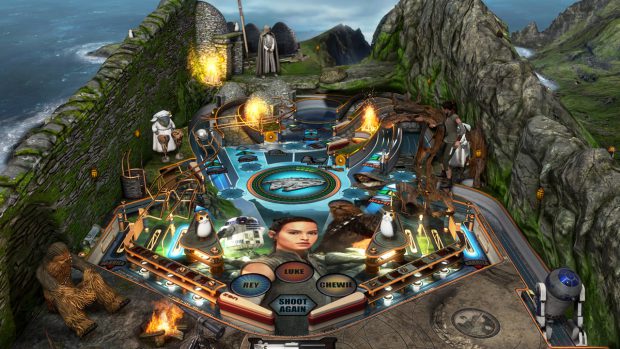 I started off the Pinball FX3 Star Wars The Last Jedi DLC with the table seemingly-designed to be most like a real pinball machine: Star Wars: Ach-to Island Pinball. The main story of the board is based around Luke training (ed. note: Or not) Rey on the island and the ball starts with her handing him his old lightsaber. Unlike the film, he does not toss it over his shoulder and the table goes on to depict different events that take place on the island. I won’t spoil anything but the animated figures that walk around the board are great and truly worth of the Pinball FX series, which concentrates on two things: realistic ball mechanics and very cool animated 3D actions above and on the table. The little Porgs are cute as to be expected and there are so many great moments to uncover.

The next table in the two-pack is Star Wars: The Last Jedi Pinball and it ended up being the table I kept losing time on. There was a particular mini game that I fell in love with and tried to trigger every chance I could. The table is open in the middle with beautiful artwork, but it really is the action that keeps you coming back. I don’t want to spoil it so I won’t go into all the bonus games available, but I was really impressed with how many there were and how good they were!. It is one of my favorite pinball game ever because of them.

There are a few interesting styles of play. You have single, co-op style, and the one I most liked: The hour-long play.  During hour play you just keep playing for an hour, no ball limits. So if you really want to play through all the bonus games more than trying to get high scores, this is for you. With this mode, you can just keep playing over and over until the time runs out or you feel like taking a break. It was with this and the full movie table that has all the mini games that I lost complete track of time and between playing the real thing the day before and playing that the two tables for hours my flipper button fingers were worn and the muscles sore halfway to the elbow.

Even though I wish they had had included one more table in the DLC pack, the ones we got were great. One of the tables is easily one of the most realistic Pinball Fx has put out and in the other, while not very realistic, is a lot of fun and loaded with a ton of mini-games. Star Wars: The Last Jedi Pinball is available now for $6.99. 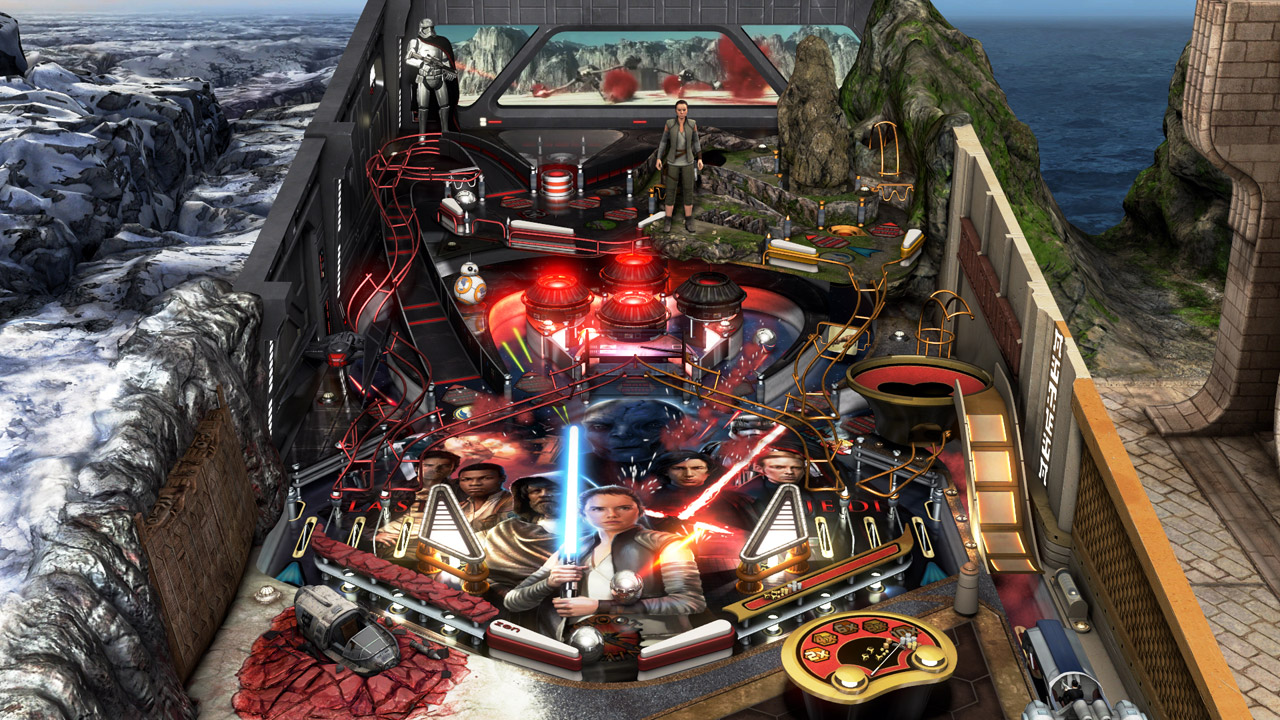