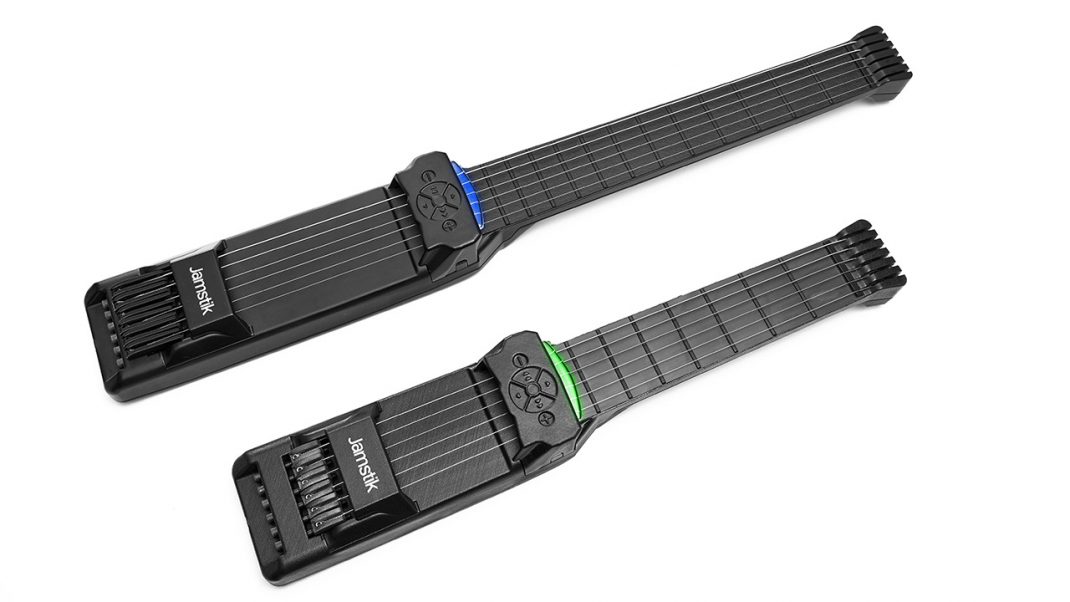 MINNEAPOLIS, May 2, 2018 — Zivix, the makers of the award-winning Jamstik+ Smart Guitar, proudly launches the third generation MIDI Guitars via crowdfunding—the Jamstik 7 (JS7) and Jamstik 12 (JS12). Both versions are now available for exclusive pre-order on Indiegogo, with early bird pricing starting at $179 and $349 respectively.

“When we first announced the Jamstik over five years ago, we were blown away by how many people shared our passion for bringing a modern MIDI guitar to market. The excitement was around what we delivered then, but also the potential of what future versions could bring,” said Matt Cannon, Director of Growth at Zivix. “We’ve developed this new line of Jamstiks having kept a close eye on both the digitization of educational methods and the shifting landscape of digital music production, creation, and consumption. There has never been a better time for our new guitars to hit the market; they are better than ever and we can’t wait to share them with the world.“

The Jamstik 12 is designed for existing guitar players and musicians looking for a serious MIDI capable instrument for songwriting, music production and performance. With an MSRP of $499.99, the JS12 provides a high-quality MIDI guitar for the modern era, at a price point that makes it a must-have studio tool for innovative guitarists and musicians.

The Jamstik 7 is designed for those wishing to pick up the guitar for the first time, get reacquainted with playing, or be able to practice and play a multitude of software and apps to improve their guitar playing and music creation skills. With an MSRP of $249.99, the goal of the JS7 is to provide an affordable guitar learning experience as well as an introduction to music production and songwriting.

Both models have been redesigned from the ground up, and feature the following technologies; however, the JS12 will boast a denser array of optical sensors and more detailed capacitive touch design for fine-tuned position accuracy.

● FretTouch™ Finger Sensing Fretboard: A capacitive touch PCB sits below the fretboard, identifying your finger position in real time and allowing for more nuanced play. This technology is also incorporated into the controls touchpad for a seamless and accessible interface to app functionality.

● Infrasense™ Optical Pickups: Custom engineered pickups capture the movement and vibration of the strings when strummed with an array of IR LEDs and photoreceptors—instantly providing string velocity and movement which is translated into dynamic MIDI data.

● Bluetooth & USB MIDI Connectivity: Building off of the BLE MIDI protocol we helped pioneer with members of the MIDI Association, each new Jamstik model will play fully wirelessly with the added option to connect via high-speed USB.