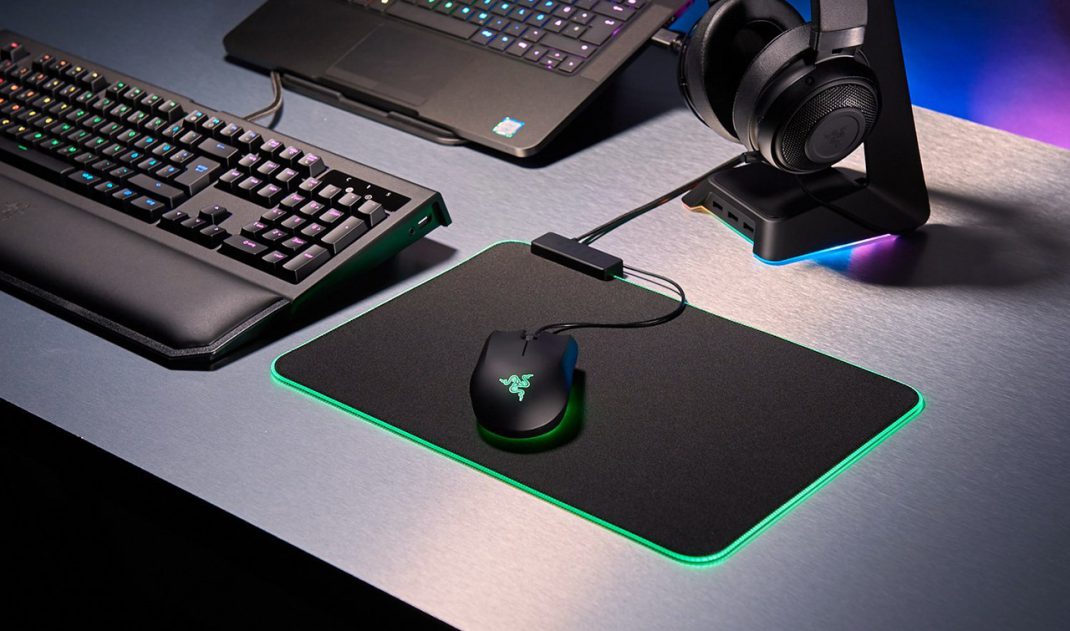 The Razer Goliathus Chroma soft gaming mouse mat is really interesting because it is the first time I have ever seen a soft mouse pad with lighting elements – Chroma lighting at that. We here at GamingShogun.com spend a lot of time in front of our computers. So when it comes to our equipment we like products that perform how we need them to and have a sense of style. With these criteria, you might not be surprised to find out I have fallen in love with Razer’s Goliathus Chroma soft mouse surface.

The first thing once notices when looking at the Razer Goliathus Chroma soft gaming mouse mat is that it has an perimeter line of Razer Chroma lighting that allows for 16.8 million color combinations. This is literally an insane amount of color choices and is mainly just for looks. However, if you’re like me and play in the dark a lot you can smartly use the outer light edge of the Goliathus Chroma to know where the edges of your mouse pad are. Sounds strange, I know, but in the dark this border is very important for situational awareness of where your mouse is on the mat. 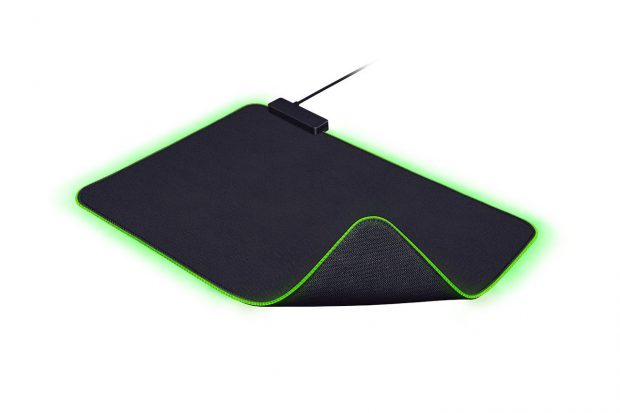 The next thing one notices about the Razer Goliathus Chroma soft mat is that it feels almost like a felt material. The surface doesn’t have a lot of “give”, but the cloth is micro-textured to help make it responsive with any kind of settings or sensors your mouse happens to have.  Many gaming mice allow you to change sensitivity on the fly and the cloth surface on this pad will make it respond with whatever you settle on.  The surface is extremely versatile and worked great with the few mice I tried on it. This versatility means that you won’t have to worry about getting some specialized mousing surface every time you buy a new mouse.

The bottom of the Razer Goliathus Chroma  has non-slip rubber material which means your mouse pad won’t go sliding around your desktop. On the top edge of the pad, there is a cable minder so you can run your mouse cord through it and not worry about extra mouse cord slack getting in the way.

One of the last benefits is that the pad has inter-device color synchronization between all your Chroma-enabled Razer devices. This means that you can have all of them change colors at the same time. Furthermore, if you have it set to change lighting schemes when a certain events happen in games like StarCraft II, it can help you increase your situational awareness by color and intensity alone. Is your base under attack? Have the peripherals all flash red, etc. 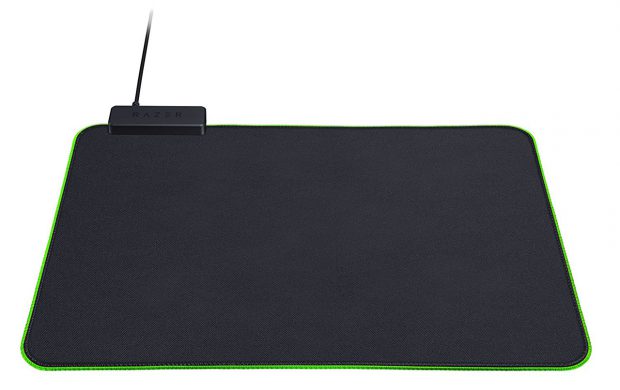 The only single complaint I think I have is it would be nice if it came with some Razer trademarks or designs on the mat’s surface. While that might be totally unnecessary on a performance level, the “Cult Of Razer” is made up of a proud bunch of gamers that like to show their branding.

More Than Another Mouse Pad:

The Razer Goliathus Chroma soft gaming mouse mat is one of the most well-constructed mousing surfaces I have ever worked with both physically and aesthetically. It could have shown off its Razer brand a little more but when it is changing colors in-sync with the rest of the Chroma Razer gear, it will be obvious it belongs. Also, the Goliathus Chroma retails for a very reasonable $39.99 at most online retailers, which makes it super affordable given its capabilities. 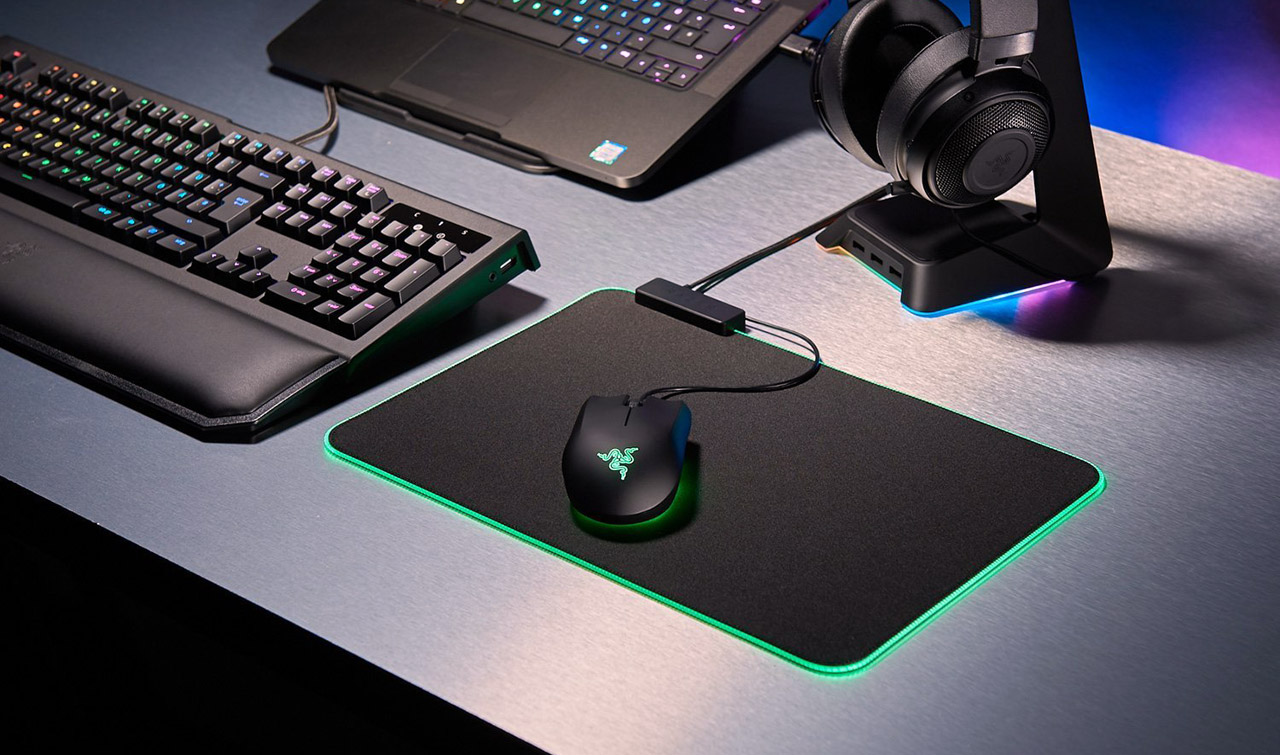