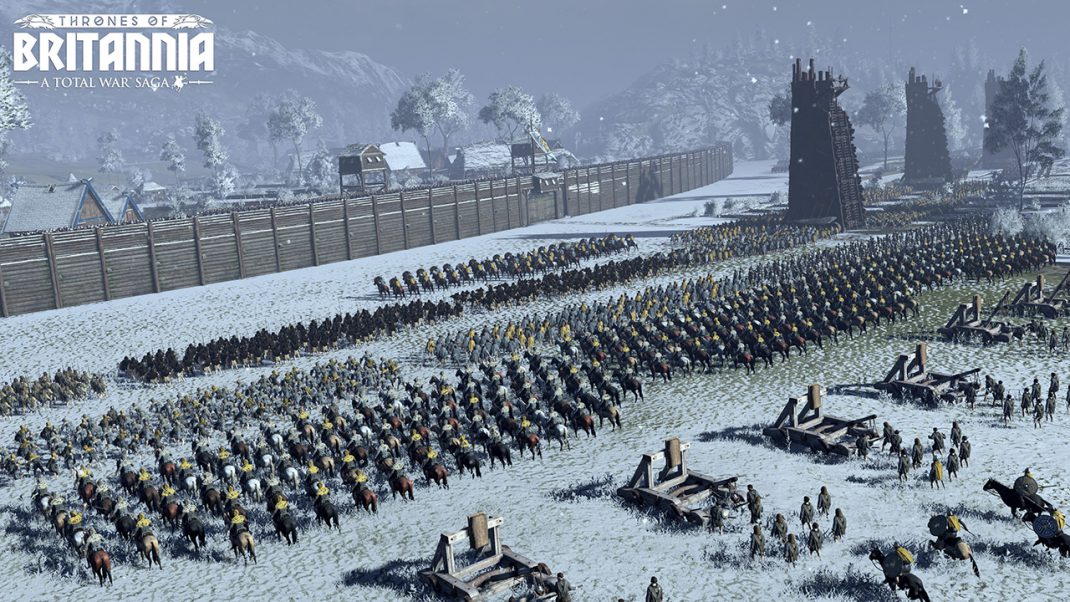 The 23rd of April marks St. George’s Day, and the release of a new cinematic trailer in which A Total War Saga: THRONES OF BRITANNIA pays homage to its English heritage.

The next release from the multi-award-winning Total War strategy series takes England and the British Isles as its setting, during a time of great change that would come to define it.

“It was under Alfred the Great and his immediate successors that a unified Anglo-Saxon kingdom was first forged.” said Thrones of Britannia Game Director, Jack Lusted. “As the only major kingdom left standing after the Viking Invasion, it was under the banner of Wessex that the lands the Great Viking Army had conquered, known as the Danelaw, were retaken. The name of this kingdom changed from Wessex to England.”

The Anglo-Saxons had conquered the land and united the people, mixing and merging cultures that originated in Germany, Scandinavia, and Europe.

“The reconquest of the Danelaw led to an adoption of many elements of Viking culture, some of which persist today. A number of towns across Northern England bear Viking names for instance, and there are well over a hundred common English terms that can be traced back to Nordic origins.”

This new English kingdom would go on to be seized by William the Conqueror in 1066 at the Battle of Hastings.

A Total War Saga: THRONES OF BRITANNIA will be available from 3rd of May and is available to pre-order digitally from SEGA approved digital retailers* with a 10% discount. Additionally, Creative Assembly will donate 25% of their profit from every pre-sale of Thrones of Britannia from now until launch, to War Child UK.

Further details on THRONES OF BRITANNIA can be found on the Steam page, here: http://store.steampowered.com/app/712100/Total_War_Saga_Thrones_of_Britannia

* Please check here for an exhaustive list of digital retailers and more details as to what constitutes a SEGA approved retailer.