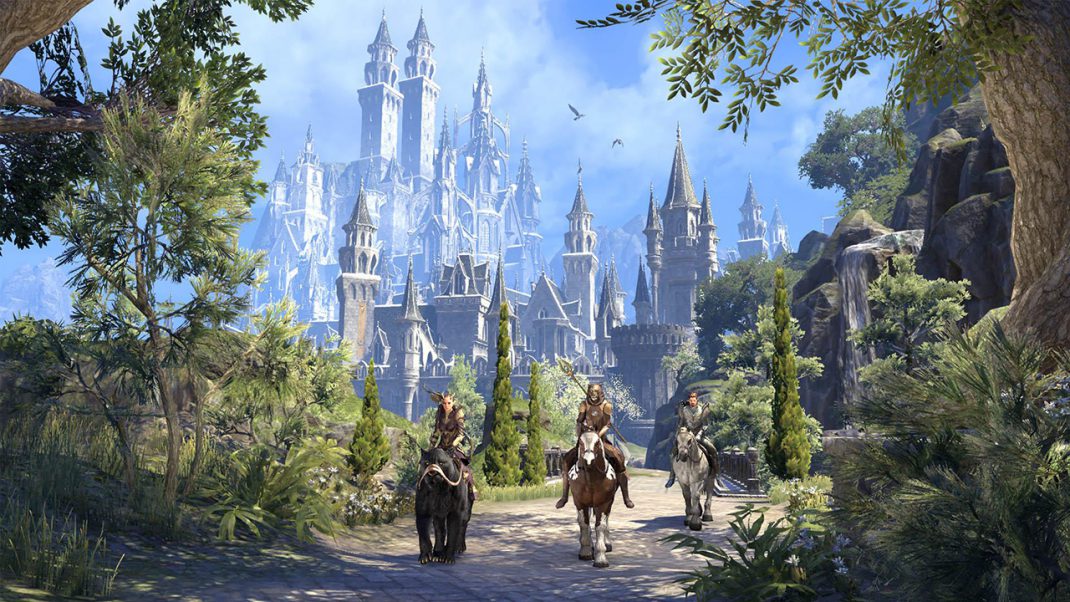 In ESO: Summerset, players will explore the home of the High Elves for the first time since 1994’s The Elder Scrolls: Arena and discover an all-new land rich with exciting adventures, ominous shadows, and stunning locations in a zone larger than any Chapter before. With an epic main story, new abilities, returning villains, and a whole lot more, ESO: Summerset is an adventure not to be missed.

For the first time in history, the Isle of Summerset is opened to the outside world by the decree of Queen Ayrenn. Newcomers can explore lush forest, tropical lagoons, and ancient coral caves in this new zone that expands further than even that of Vvardenfell from last year’s Morrowind chapter. Seek out the mysterious Psijic Order, a secret society of mages on the island of Atraeum, for a new skill line and powerful abilities. Adventurers will also be able to climb Summerset’s highest peak to the city of Cloudrest, and band together to tackle enemies in a challenging 12-player trial.

The Elder Scrolls Online: Summerset is coming to PC/Mac on May 21 and Xbox One and PlayStation 4 on June 5. Pre-purchase ESO: Summerset now to receive the Queen’s Bounty Pack bonus reward and gain immediate access to the ESO base game and last year’s Morrowind Chapter (digital pre-purchases only – conditions apply).