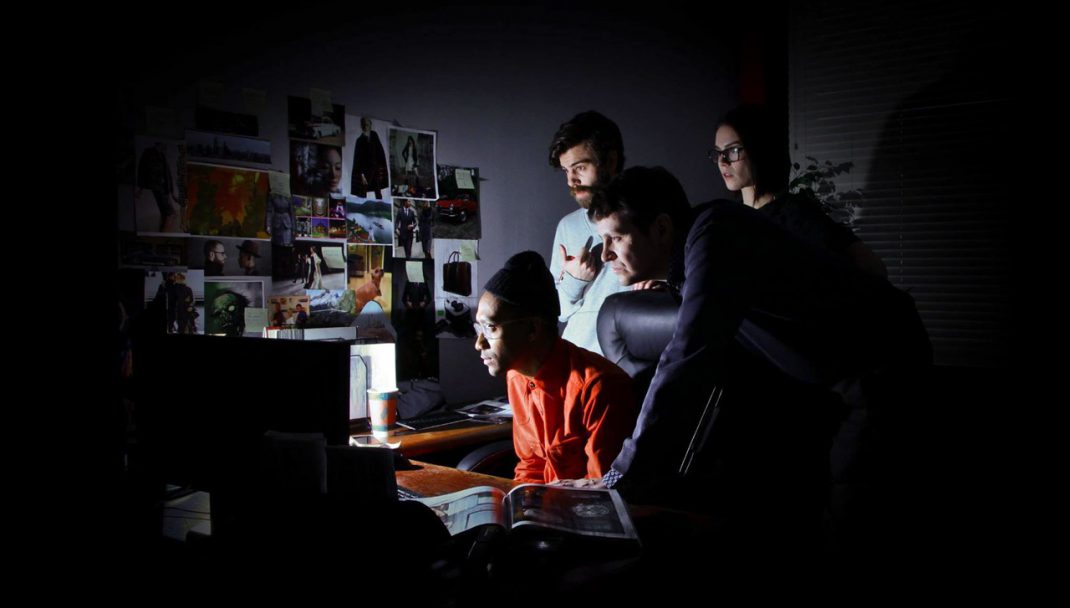 Venerable horror website, Dread Central, recently got into film production. Their newest offering, #SCREAMERS, takes audiences on a journey through the day to day operations of fictional web video content company Gigaler and the relationships between its employees. Well… that’s not what it is supposed to be about, but that’s really what it’s about. The first 45 minutes of the 120 minute film are spent inside the office of Gigaler as they film a behind the scenes video of how they work. Having worked at several web video companies, including at a website called SpikedHumor back in the mid 2000’s, I can tell you that this is VERY much how startups like this operate – personalities and all. Director/writer Dean Ronalds and Producer/writer Tom Malloy must have experience in this kind of environment to have nailed it so accurately. 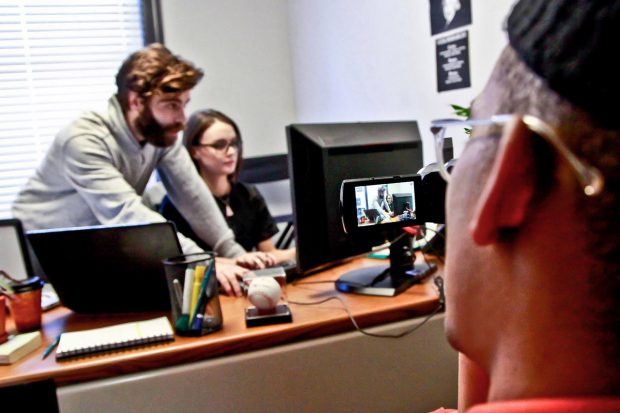 The first fifteen minutes of the film introduces us to the main characters of the film, as well as several characters you only see once, as we tour their offices. Gigaler hosts videos (and advertisements) in the hopes that they go viral. When an anonymous source sends them a “screamer” video, they embark on a journey to find out why and who this person is. #SCREAMERS is presented in a found footage style and the cast all do great jobs portraying their characters. Tom Malloy is not just a producer, writer, and director of the film, he also plays the CEO of Gigaler, “Tom”. He portrays the charismatic and ego-driven startup CEO with scary accuracy while “Chris” (Chris Bannow) is the introverted and mild mannered co-creator and COO of the media site – also, playing his character with eerie accuracy. “Griffin” (Griffin Matthews) is the community manager and engagement specialist, scrolling through comments as well as researching what people are responding to. He is also one of the main handheld camera operators throughout the film.”Abbi” (Abbie Snee) is the company’s lead developer, working on the website and, to some extent, a learning algorithm that will track user behaviors. 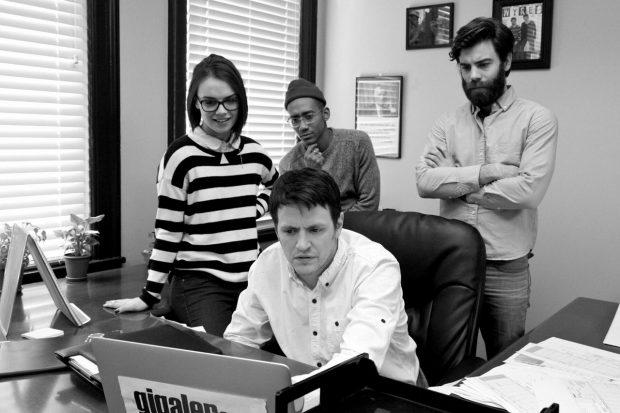 Unfortunately, #SCREAMERS sets up these characters, and the realistic inter-office dynamic between them, yet never really pushes them or challenges them. We spend 45 minutes in their office and then 50 minutes with them touring upstate New York on the hunt for this anonymous party. There is no real horror or scary things in this entire time – about 95 minutes. So, when the scares start 20 minutes before the end of the film, I was hoping they would hit me like a UFC fighter, as well as challenge the characters to try and overcome them. What happens instead is very formulaic for these kinds of movies. With as different as this film was for all the non-horror stuff, I was hoping that things turned out different and maybe showed some character arc resolutions by time the credits roll. Then I wouldn’t have minded the last part of the film as much. For instance, and I hate spoiling things but this is a good example of what I mean: There are some hints that Abbi might have some sort of feelings for Chris earlier in the film but this is never realized. There is the personality conflict between Tom and Chris, but this never gets ironed out either. Again – if you are going to show us these relationships for 90% of the film, we want to see them play out – not just end up in a formulaic,  20 minute-long ending sequence. 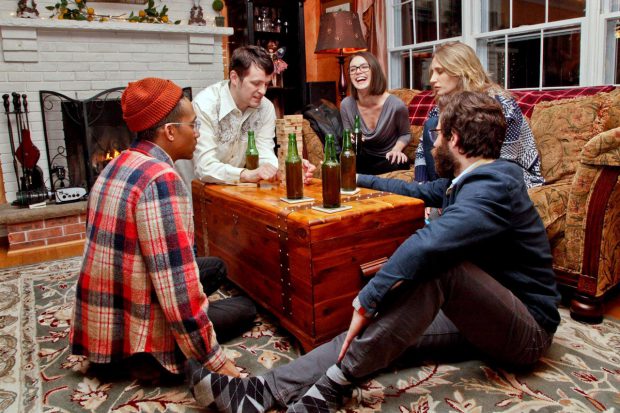 Instead, I am left with a multitude of feelings about #SCREAMERS. On one hand, I liked Tom, Chris, Griffin, and Abbie! I would like to have seen their characters uncover some dark secrets and grow closer as a group, maybe turning the site into one that explores the paranormal or inexplicable web videos. The cast all plays so well off one another, and because this is not a horror film, but a film about them, I wanted to see more of them. On the other hand, the last twenty minutes are very formulaic for a found footage horror film and the whole thing doesn’t pay off anywhere near what I had hoped. 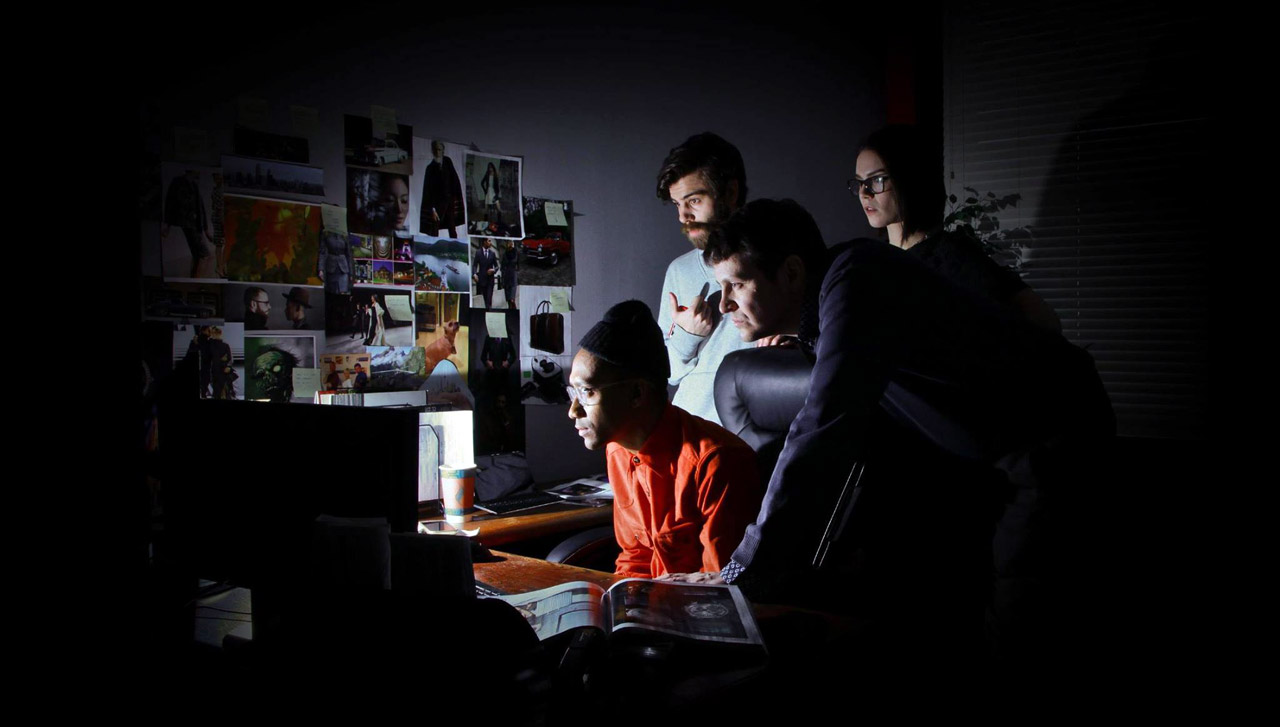