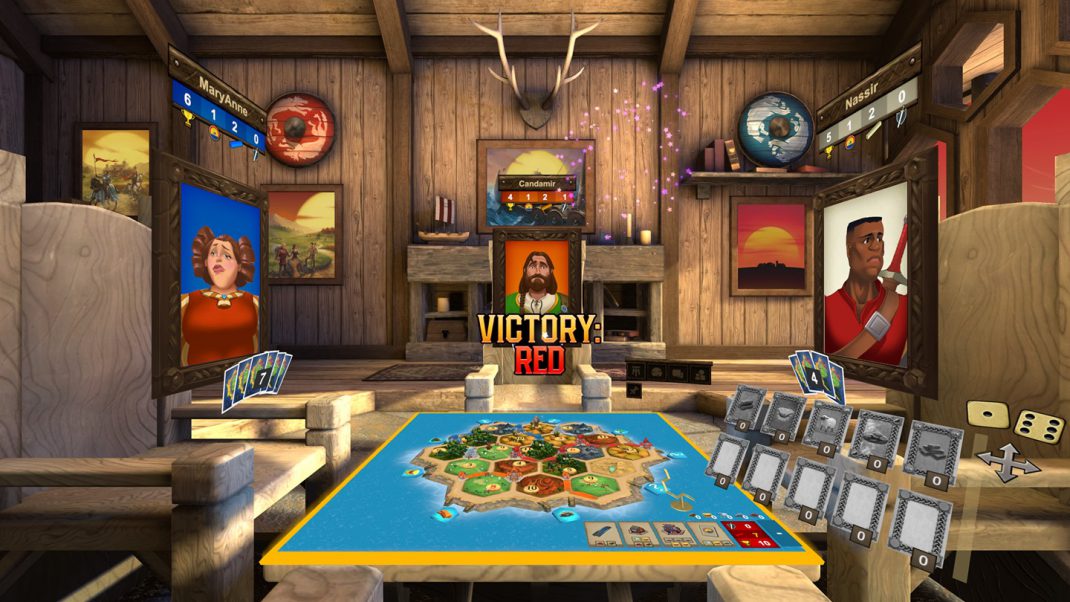 SAN FRANCISCO – Mar. 21, 2018 – Catan GmbH, Catan Studio, Asmodee Digital and virtual reality game developer Experiment 7 today announced the release of Catan VR, a new virtual reality experience which invites you to play a game of Catan on the island of Catan itself. Developed in conjunction with original Catan creators, father and son Klaus and Benjamin Teuber, Catan VR elevates the title with vibrant in-game environments and cross-platform online play that bring the tabletop to life, no matter where you and your friends are. You can find Catan VR on the Oculus Store today for $14.99 and on Samsung Gear VR for $9.99. Catan VR will be available on Oculus GO soon.

Get a glimpse of the isle of Catan in the launch trailer here:

Catan VR maintains the tactile, social fun of board gaming with expressive in-game avatars, crisp voice communications and two intuitive control schemes: touch controls and gaze controls.
Never again will geographic distance need to break up a gaming group — with Catan VR, family and friends on opposite sides of the world can gather around the same table for a friendly round of competitive settlement.

Catan VR also features online multiplayer matching with players, cross-platforms, around the globe. Players who would rather hone their settlement strategy alone can test their skills against a variety of unique AI personalities, including Catan’s best known characters like Candamir, Lin, Mary Anne, and Nassir.

“Catan is about exploring new frontiers,” said Catan creator Klaus Teuber. “What better way to express that than by venturing into the exciting new world of virtual reality? The immersion made possible by this platform captures the boundless opportunity of taking that first step onto undiscovered lands.”