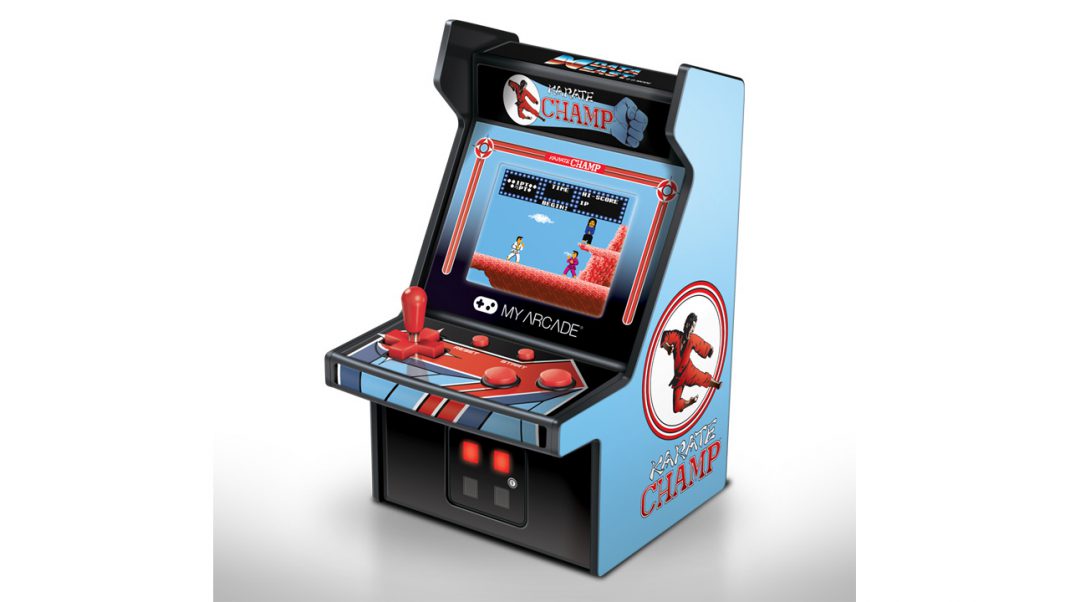 Back in the days when coin-op arcades reigned supreme, I could be found spending quarters at the Karate Champ arcade machine.  Compared to Defender or the ever-frustrating Dragon’s Lair, I looked calm and serene as I occasionally looked around the arcade between rounds.  Sometimes another player would come up and challenge me, then walk away a few minute later with a frown or say “why do you keep doing that same combo?” to which I told them “It works best for me, heck I have turned over the game with it.” Which was completely true, I only played the game when I had plenty of time because I would always wind up with a high score that generally took all night.  I was never great at the bonus rounds, I had to rely on the matches to earn me my points so I would do what is now commonly known as “grinding”, earning my points doing usually the same combo over and over, it was the one game I was always best at. So I was thrilled when I say that My Arcade had brought the game back in one of their nifty Micro Player Arcade cabinets! 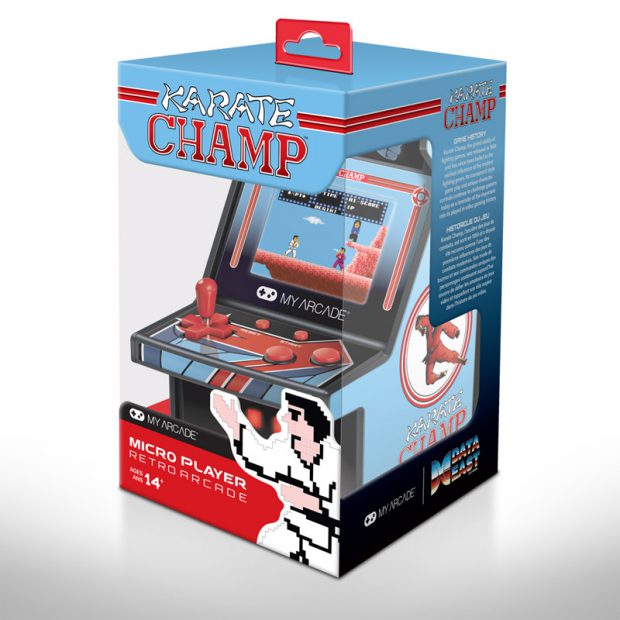 My Arcade has done an exceptional job with their Micro Player Arcade line. The small cabinets are beautiful and stand a mere 6 inches in height! Thankfully, My Arcade has updated the arcade cabinet design with a very modern, crystal clear display. They have even replicated the artwork on the small cabinet shell.  It has all the looks of the classic cab but without the need to put quarters in the system! As far as power goes, the Micro Player Arcade runs on 4 AA batteries or a micro-USB cable in the back. You can also find a volume control back there along with a headset port in case you want to play and not disturb anyone around you. The on and off button is cleverly disguised as the coin insert door in the case, with the two red insert coin squares!

In the original arcade cabinet, Karate Champ used a joystick control, but on the Nintendo version it used a d-pad. On the Micro Player Arcade,  the little joystick unscrews to make it a thumb-sized d-pad instead.  Playing through Karate Champ on the Micro Player Arcade, I could immediately tell that this build of the game wasn’t from the original arcade version, which I was under the impression it would be. It even feels somewhat different from the Nintendo version of the game. The controls felt unique to whatever this version of Karate Champ was.  I didn’t find that to be too big of a problem and found my groove pretty quick. I also realized that if I don’t stick my favorite combo off the top my chance of winning drops heavily.  As previously-stated, the nice thing about owning Karate Champ means that you aren’t out a quarter if you lose – you just start again! 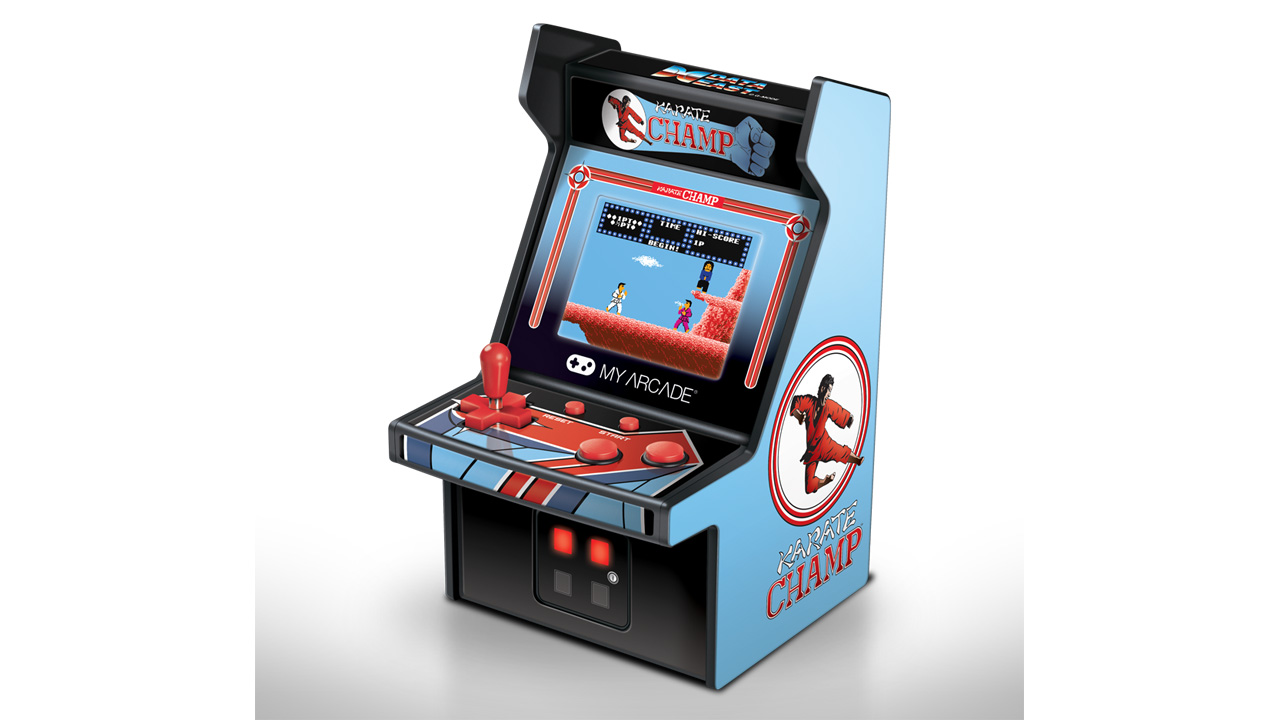