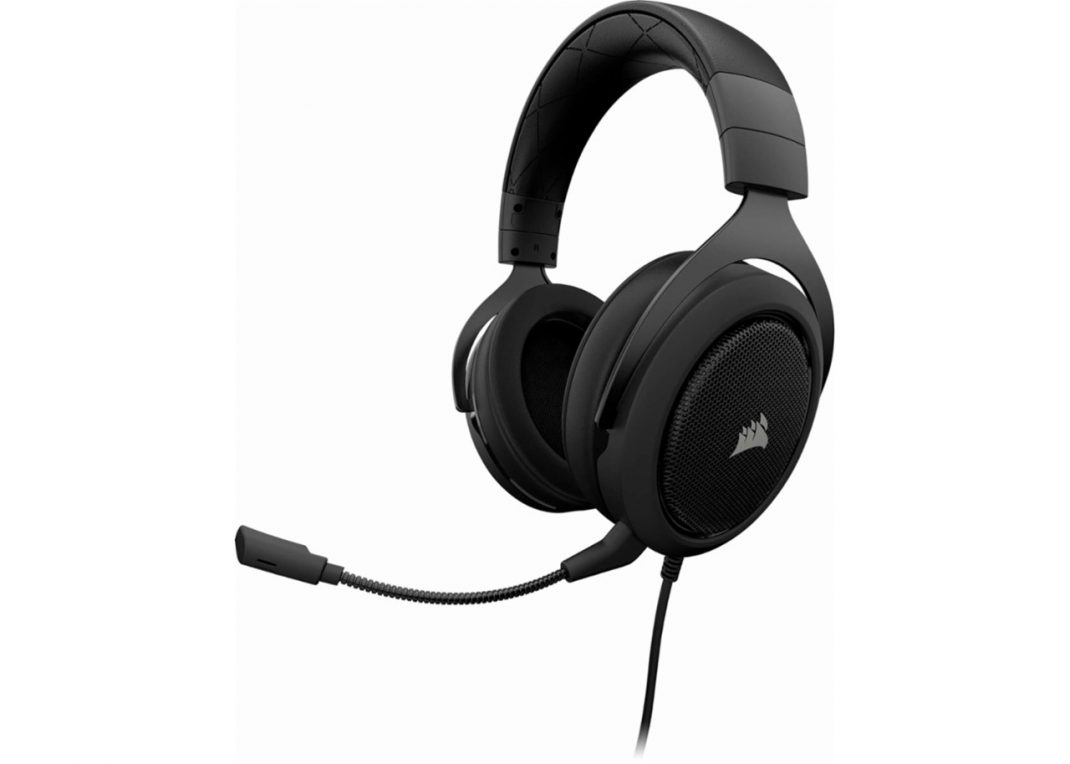 The Corsair HS60 wired surround sound gaming headset features classy style and a fairly comfortable fit. In terms of its design, it takes all of its technical specs, looks, and style from the Corsair HS50 wired stereo headset – in fact, it’s actually the same headset. Where the HS50 and HS60 differ is that the HS60 comes with a USB surround sound dongle that provides virtual 7.1 channel audio as well as is offered in a slightly different color combination. Really, the surround sound dongle is what the extra $20 dollars is for in the jump from the HS50 to the HS60, and it is well worth the upgrade. I got the chance to test out the HS60 using my PC gaming rig, over the course of a variety of situations, but more on that later. 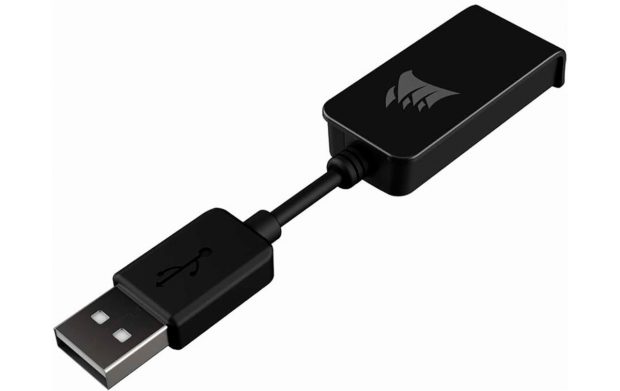 In terms of design, the Corsair HS60 features dark style with large, comfy ear cups that I wore for a few hours in each of my play sessions and did not feel any ear discomfort. I did feel a little sore spot on the top of my head where the headband was touching it, but nothing too bad. Overall, it feels great to wear and, while not as comfortable as more expensive Corsair headsets, it can easily be donned for a few hours without too much issue. The removable boom microphone is flexible, and allows for a lot of customization in making sure it is placed for best audio pickup.

The Corsair software suite that controls all their peripherals now, the CUE (Corsair Utility Engine) allows gamers to customize the HS60’s sound profile in a virtual sound equalizer and even comes with a variety of presets that you might find viable. It should be noted, however, that the CUE software will only work with the HS60 when connected to your computer with the USB dongle. If connected to your computer via 3.5mm jack, it will just be used as any other set of stereo headphones. 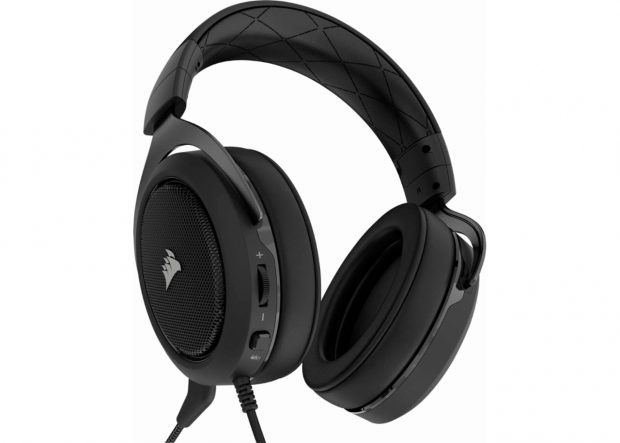 According to the manufacturer, the HS60 is “Discord Certified”. This means that the microphone and audio have been tested for quality communication and sound. What exact testing methodology was used in this determination is anyone’s guess. However, it seems to be legit as I had no issues at all communicating with Discord and the audio seemed good. I was able to hear others without issue and others said my audio came in loud and clear.

As far as gaming with the Corsair H60 headset goes, I have no big complaints. The virtual surround sound was nice and I experienced fine audio from Metal Gear Survive, Fallout 4, Star Wars: Battlefront 2, and other titles. In fact, I was very impressed with the HS60’s sound separation – especially at its $70 dollar price point. Where I wish the headset had been a bit better was in listening to higher quality music tracks. When doing so, I noticed that sometimes the audio sound a bit, for lack of a better term, “muffled” at the higher end of the sound spectrum. Not bad, but you could definitely hear it. For regular MP3 playing though, I doubt the average person will notice. On the low end, the 50mm drivers do a fine job of pumping out the bass without overpowering everything else. 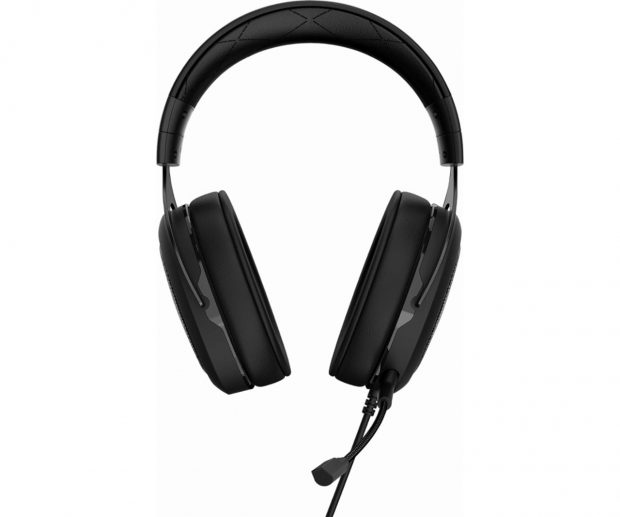 Overall, the Corsair HS60 wired surround gaming headphones are a great option for those gamers looking to have good virtual surround sound while not breaking their bank accounts. At $69.99, it is right in line with other headsets in this category and is extremely comfortable to wear. In addition, its low-key, dark style will not serve as a distraction when playing, making it a good choice for tournament play. The Corsair HS60 wired surround sound gaming headset is available now at a variety of online retailers – including Corsair’s official website. 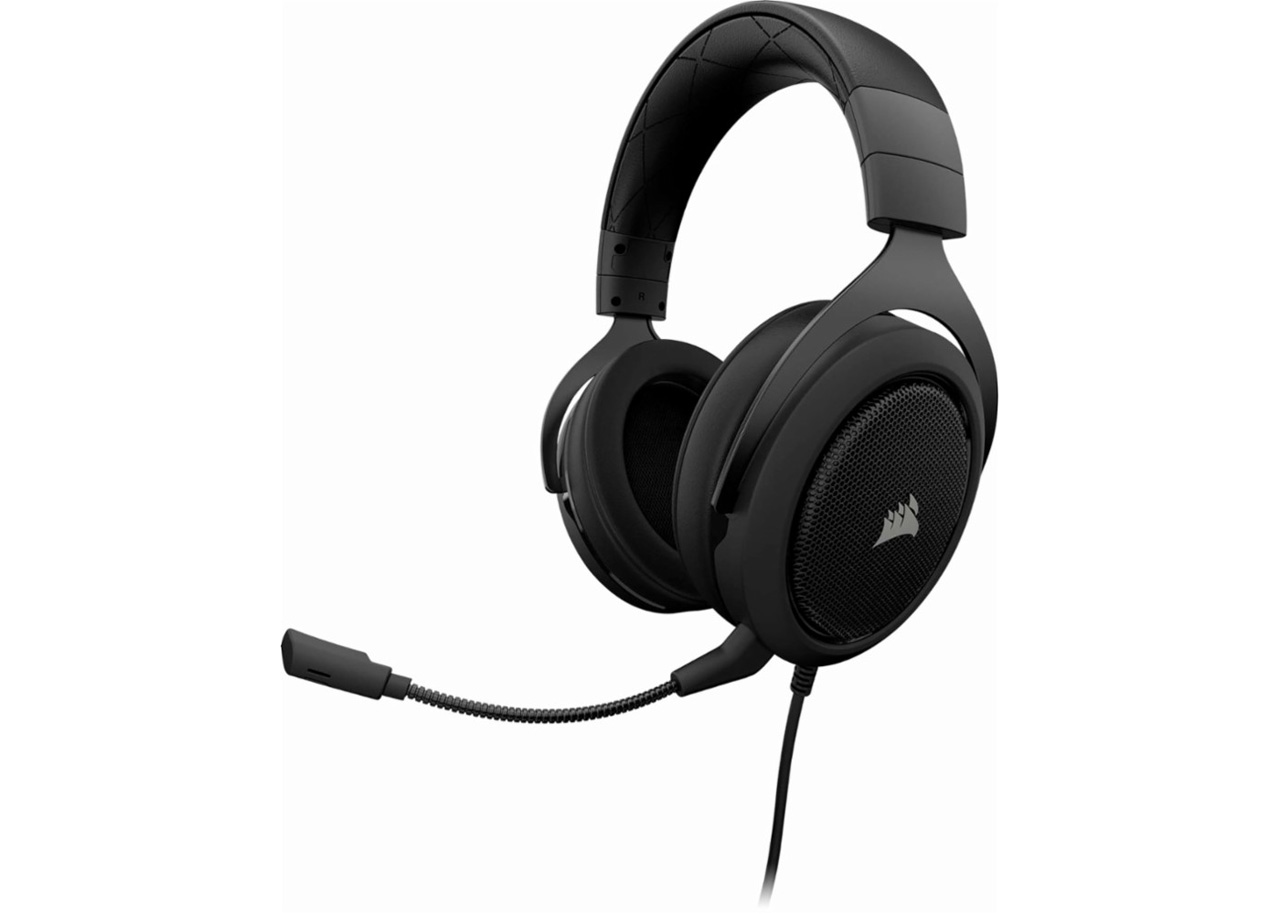