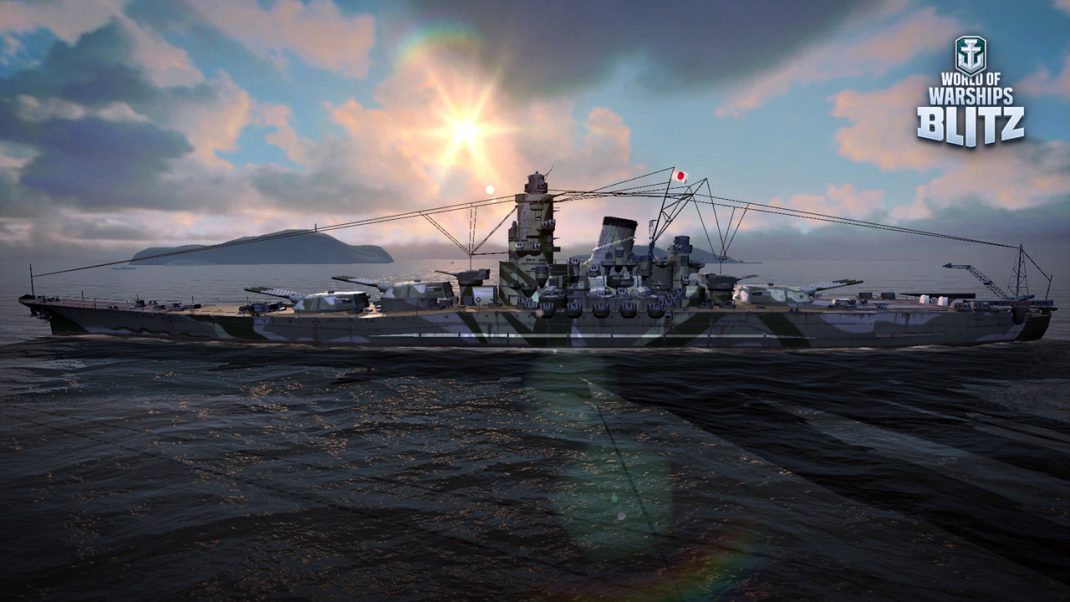 Wargaming.net knows how to make an entrance. During one of their first E3 conventions, when World of Tanks was catching on like wild fire in the multiplayer community, they parked a full size tank outside the convention center. Inside, they had a huge booth with over a dozen computers for gamers to play the game against each other. Even then when they were first blasting us with tanks they were more than hinting around at a World of Warplanes and a World of Warships, the last really catching my interest since, were it not for an injury, the Navy had planned for me to become a nuclear engineer! Now, World of Tanks Blitz for mobile devices has hit the scene hard, and I recently got the chance to review it!

World of Warships for the PC platform is incredible and I loved it almost as soon as I put hands to keyboard and mouse. As you might guess, it plays similar to World of Tanks, but with mighty warships. The controls and tech tree are very much like World of Tanks Blitz, with ships that start simple. These are a lot of fun to play and help gamers get used to steering a ship while shooting so you don’t accidentally kill your buddy or scuttle your ship on an island! Then you get ships with torpedoes and it adds an additional level of complexity to the game. You need good targeting skills, a feeling of how much to lead your targets, and an awareness of your teammate locations. A loose torpedo will hit anything, regardless of friend-or-foe. The flip-side to this complexity? They do a ton of damage! 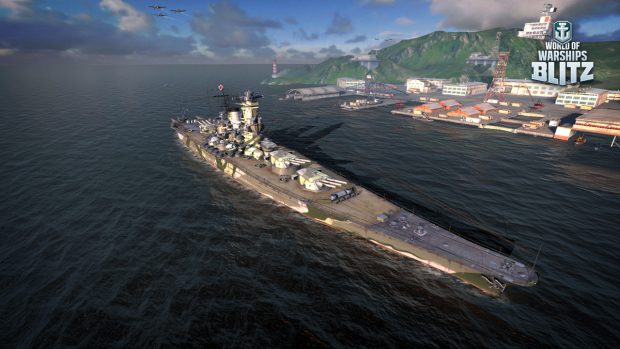 In playing the PC version of World of Warships, my favorite class is the battleship. I love the class because of its ability to take so much damage and dish so much out. Maneuvering these large ships can be really tough during battle as it turns like a dog. In World of Warships Blitz, it seems that ships have even slower maneuverability, which helps the flow of the game on smaller screens. I absolutely loves the aircraft carrier class vessel. Often limited to a certain number in a battle, carriers serve multiple functions and do so mostly from a different screen/view.  First thing I always do is start my carrier steaming into another position on the map, generally as far back from the action as possible but at the same time behind your team so they can protect you and you protect them. Once my ship has started off in a direction, I go to my air control map. From there the player can choose where to send fighters and bombers. My biggest tip is to send some aircraft out first-thing to act as scouts. Your team will thank you!

You start with a few basic ships and you earn in-game currency so you can improve the ship or, if you aren’t very impressed with it, you can pick up a whole new ship by selling off your old one and put that currency towards a new one. It’s important to know that each day you are given a 100% bonus to whatever you earn on the first win on each ship so more ships = more bonuses!

There is nothing wrong with using real world money to buy in-game stuff, I have over the years without regret.  The key is to decide how much would you spend to buy this game if you bought it at a game store. $10? $25? If you don’t spend more than what you feel you would be comfortable paying for it then you shouldn’t have buyer’s remorse. That also makes it so that if you get tired of the game you can walk away. 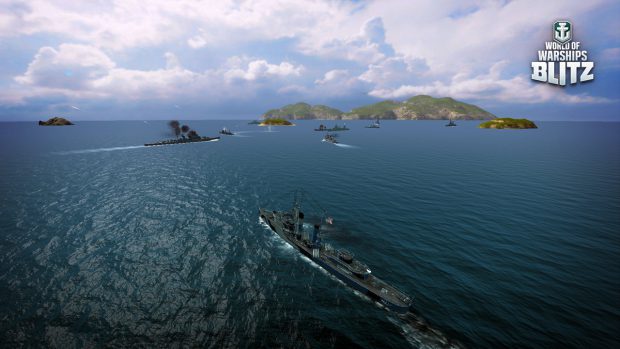 World of Warships Blitz looks beautiful and as someone who worked through high school on a net fishing boat I can tell you the water looks like water should. So nice, so peaceful, it’s calming until that first volley flies and scares the heck out of you! You can do random battles where you and a couple of your friends get together and tear things up as a group, or you can do random group battles where they add a couple some others and both teams are strangers fighting together. This has its advantages because sometimes you might find that the person you are grouped with is great or they might be the death of the team like when I had a fellow who was confused and only shot his teammates… Co-Op takes you and a bunch of other players and pits you against the AI, this one is good for comradery and I have made a couple friends in this style of game that even went over to other games I play. Eventually there will be Ranked Battles and it will be just as it says, players will fight each other and possibly complete challenges to find out who it the topped ranked.

I had high expectations for World of Warships Blitz and it readily exceeded them. I actually took a break in the middle of this review to stretch… and wound up playing the game some more so I would have it fresh on my mind. Wargaming.net has crafted another great game and I can’t wait to see what other wonders they might have up their creative sleeves.