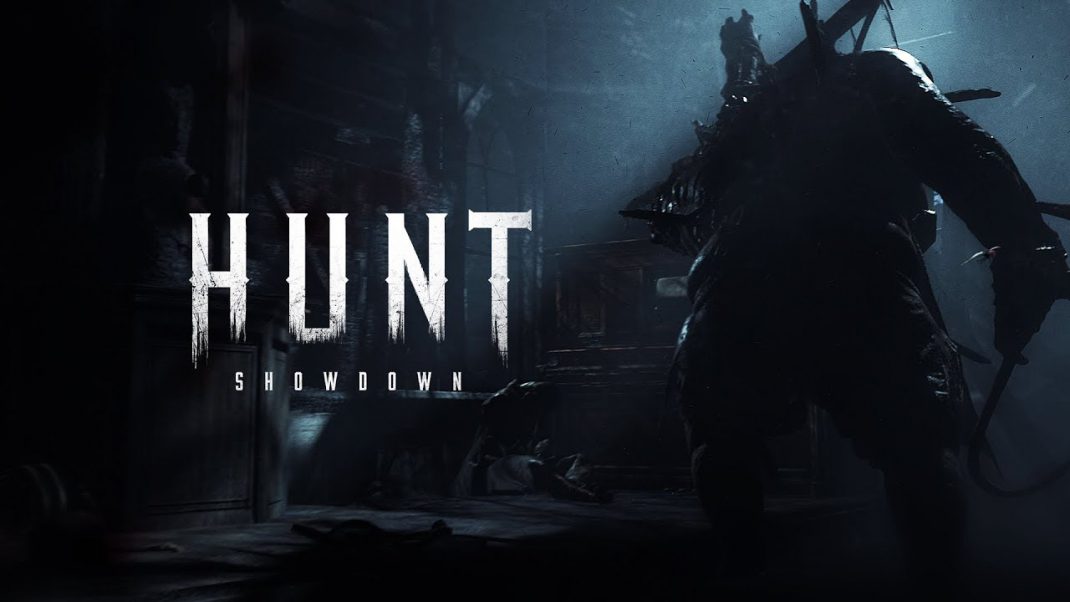 Hunt: Showdown is Crytek’s upcoming competitive multiplayer monster hunting game. The idea is intriguing: Four teams of two hunters get randomly populated in the game area. The players are monster bounty hunters, sent to kill evil, send its dark soul to oblivion, and collect bounties! There is a big boss creature on each map that requires locating by finding pieces of the map around the game area. Thankfully, you and your partner have a bit of supernatural blood running through your collective veins and you can tap into it in order see a blue shimmer marking any map pieces you might be near or any exits that the creature may take. There is a hitch in this plan: The other hunters. They are out to kill the evil too and will not hesitate to eliminate you if you get in their way. If you get killed, you can buy another bounty hunter but the level progression your last one had is lost and you lose 1/2 your XP for all your kills! You also lose all the weapons the hunter was carrying – talk about a death penalty. As you level up, you unlock weapons you can purchase but in the beginning of your hunt. 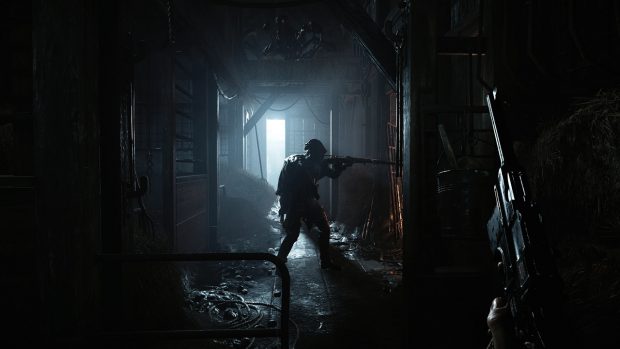 It may seem like I am going on a lot about how you die but that is because there are so many ways to die and not many to survive except STAY CLOSE TO YOUR PARTNER! The game emphasizes it by saying “Survive Together, Die Alone” but it really can’t be stressed enough. There are all kinds of boogeymen spread across the map as well as three other pairs of bounty hunters. The key is to stay quiet for as long as possible and fight on your terms. Staying quiet can be challenging, as there are chains, cans, birds, dying horses, feigning death zombies, fires, and light bulbs that can give away your position! If you think the scary swamp lands are bad at night, there are daytime maps too where you don’t have the deep shadows to try to hopefully fight the boss and try to fend off the other bounty hunters.

The game is still in Alpha but it doesn’t feel like it except in little details like the monster behavioral patterns to make him easier to kill. Right now there are only two big bosses, each one having night and day maps. The game is absolutely gorgeous, with amazing visual details. I was playing with someone who lives in Louisiana and he was gobsmacked at how much the game environments felt like real swampland.

The weapons are, for the most part, sort of Western/Steampunk in style, with a base weapon that looks like a Colt Cavalry pistol but then winds up with a heavily engraved ammunition belt system giving you a chain firing handgun (something like this really existed)! Or a weapon that looks like a sticky bomb with barbed wire on it which when it explodes lays out a barb wire blockade. You really don’t get a lot of time to look at your weapons because you are usually using it to try to kill something or reload it but the detail is exceptional. Great job to Crytek, as one would expect! 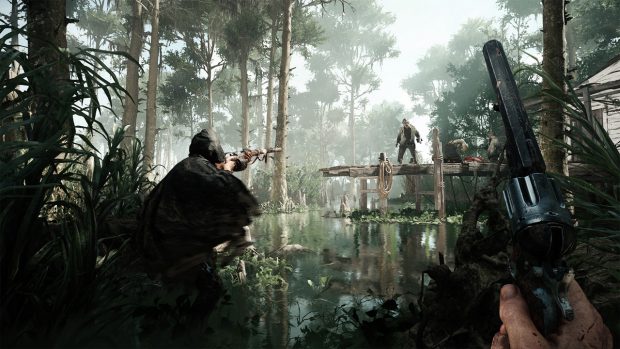 All this beauty in this game, the amazing details in everything, can push a gamer’s system to the limit, creating nasty lag spikes, and FPS drops – especially if they are using something like Discord at the same time. Personally I think Discord detracts from the game since sound direction is so very important, but I digress. I can also understand not wanting to let people lighten up the game so they can see clearly in the dark but if there was the ability to maybe ease back the graphics a bit so that people with good machines can take in all the splendor but those with just OK systems can still experience the gameplay if not all the wonder the details have to offer.

So Far, So Amazing:

Crytek’s Hunt: Showdown is already a beautiful-looking, amazing-sounding, and all around a terrific multiplayer title. It will be nice to, hopefully, have more maps, as well as, perhaps, a Co-Op system against AI for those who get too salty ranking? I am pushing myself to come up with some suggestions because it is already such a good game. Crytek’s Hunt: Showdown is set for release sometime this year and is currently in Early Access on Steam.