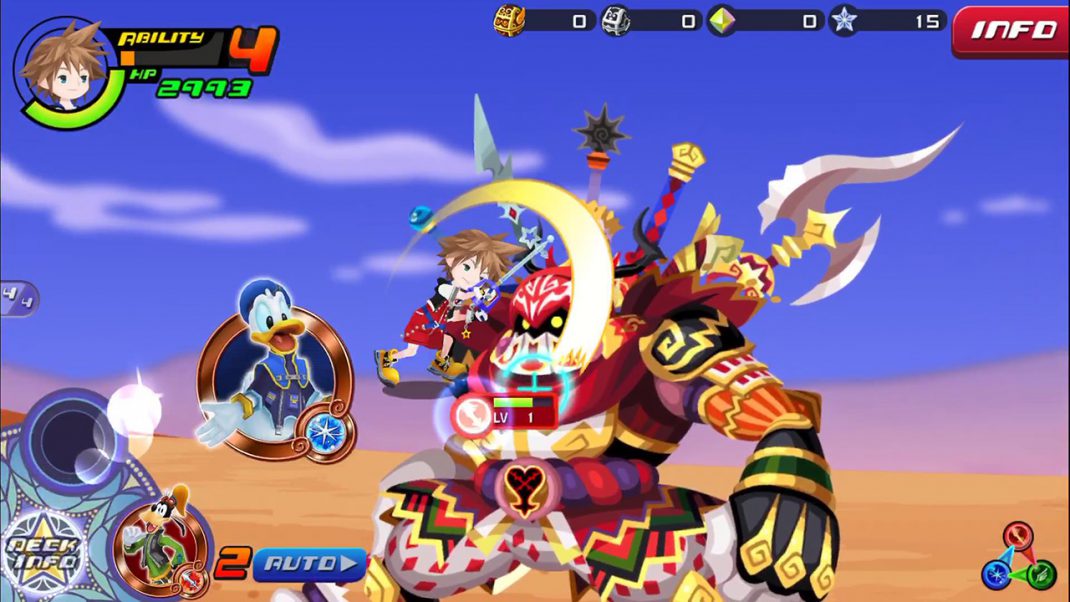 LOS ANGELES (Feb. 13, 2018) – At D23 Expo Japan 2018 held at Tokyo Disney Resort® this past weekend, SQUARE ENIX® and DeNA announced a magical collaboration between KINGDOM HEARTS Union χ[Cross] and FINAL FANTASY®: Record Keeper™, bringing limited-time events to each of the hit mobile games over the next few weeks.

Additionally, FINAL FANTASY Record Keeper will host the KINGDOM HEARTS-themed “Key to Another World” event in-game from February 22 through March 8, with the following rewards available to fans:

Fans can also prepare for the upcoming collaboration events by participating in the Gummi Ship Minigame Campaign through a special event website: http://sqex.to/yxy

In this minigame, players will take control of a Gummi Ship and clear missions by shooting down enemy Heartless ships as they aim for the high score. Depending on the total points gained by all participants, players of both mobile games will receive special in-game login rewards following the conclusion of the campaign. If the final point milestone is reached, all FINAL FANTASY: Record Keeper players will receive the “Kingdom Key (KH)” weapon, while KINGDOM HEARTS Union χ[Cross] will receive an Illustrated Cloud medal, along with additional in-game items.