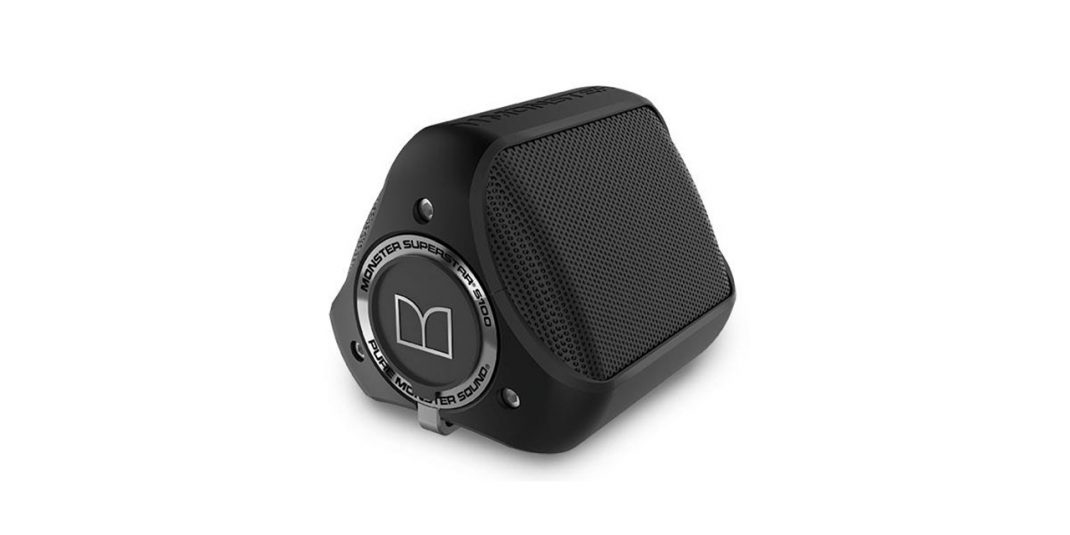 Monster has been a top name in audio for quite a few years now with “Head Monster” Noel Lee being a well known pitchman who surrounds himself with celebrities such as Joe Perry and Iggy Azalea.  While at CES we were lucky enough to get a hold of the entry level Monster SuperStar S100 Bluetooth speaker, which had some excellent punch for its price point.

One of the better selling factors of the Monster SuperStar line is its water resistance. Most speakers take a little splash and short out but this one can handle a bit of submersion and be just fine. This is known as a IPX7 rating which means it could handle rain, snow, splashes, and showering. This last part is particularly nice because I can’t hear my phone when in the shower and I like to listen to music. I can just hang it on the shampoo rack and I’m good to go. Along those same lines I can use it when in the bath which could give it a decent splash and it should still be fine. Another feature on the Monster SuperStar S100 is that it also functions as a speaker phone! The microphone pickup and phone audio are both terrific and I have no provlem using the Monster S100 as a speakerphone in the future.

The Monster SuperStar S100 and, for that matter, the entire SuperStar line are shaped in a semi triangle form factor with the corners rounded off and covered in rubber. This shape and rubberized coating help the small speakers to take impacts in stride. It actually bounces a little like a ball when dropped and rolls until the impact is neutralized. Speaking of design, the Monster SuperStar S100 features a black and dark gray body with attractive silver accents making for a very stylish speaker. 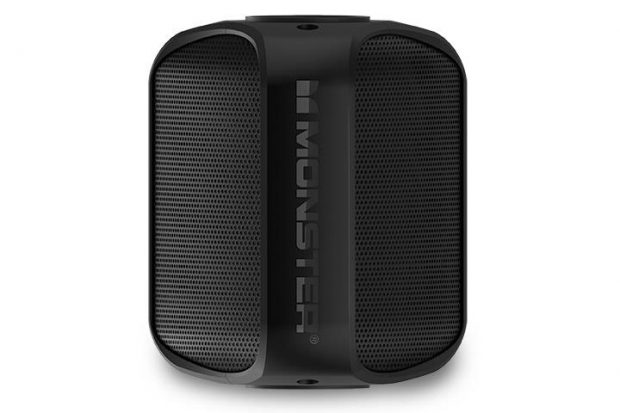 Of course, all of this means squat if the speaker can’t output a wide range of sound. Thankfully, it has an exceptional sound punch for such a small speaker. The SuperStar S100 has bass that doesn’t turn muddy and treble that doesn’t go tinny. If someone didn’t actually see the SuperStar S100, they might have thought it was coming from a much bigger model. Additionally, while the speaker battery is rated to last 6 hours, my tests showed it lasting more like 7. Whether this was a fluke or just Monster being conservative, I don’t know, but I like it!

The Monster SuperStar S100 made it through my review without any problems. Its price point of $59.99 is very reasonable – especially when you consider that you are buying a brand known for quality and reliability. I have gotten Monster products in the past and they are still working great – they make things to last. Thanks to these reasons, the Monster SuperStar S100 will now be my go-to travel speaker. If you are in the market for a portable Bluetooth speaker, you should go get one, you won’t regret it.