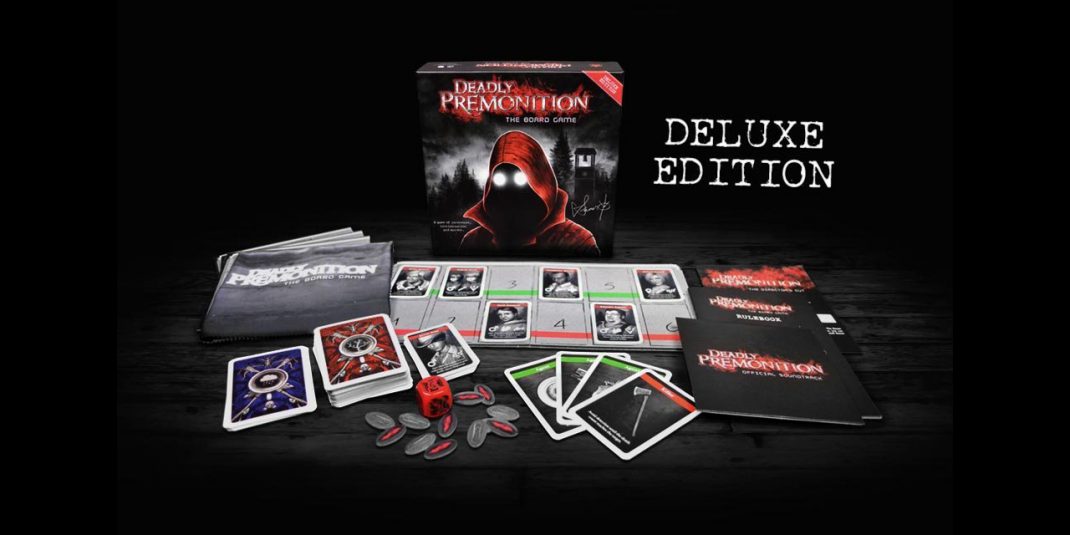 Deadly Premonition: The Board Game Announced

LOS ANGELES, CA – January 23, 2018 – Rising Star Games announced today that Deadly Premonition: The Board Game will launch a limited run via Amazon.com on January 31. Currently available for pre-order, the board game will be made as a new “Deluxe Edition,” featuring premium game-enhancing items such as the custom die, original soundtrack, and themed gaming cloth. Also included is a download key for the original cult hit PC videogame, upon which the board game is based.

“This new Deluxe edition of the board game is in honor of the campaign that made this project possible,” said Samuel Elphick, co-creator of Deadly Premonition: The Board Game. “It features some of our favorite items which make the board game special and capture that Deadly Premonition spirit. Whack on the soundtrack, lay the cloth upon the table and hold your breath when the Raincoat Killer claims suspects with the bespoke murder die. This is how we want the game to be played!”

About Deadly Premonition: The Board Game Deluxe Edition
Welcome to Greenvale. In this small mysterious town a young woman has been murdered. Anna Graham’s death marks a tragic loss for the community.

The town is home to many strange characters. With no significant leads on the killer, each must be considered a suspect. It’s time to kick-start the investigation and get to work, isn’t that right Zach?

Each agent has been assigned six suspects to investigate. You must protect the innocent, uncover incriminating evidence, apprehend an accomplice and identify the hidden killer among you before it is too late.

Deadly Premonition: The Board Game Deluxe Edition will be available on January 31 on Amazon.com with a suggested retail price of $59.95. For more information please visit www.deadlyprem.com.