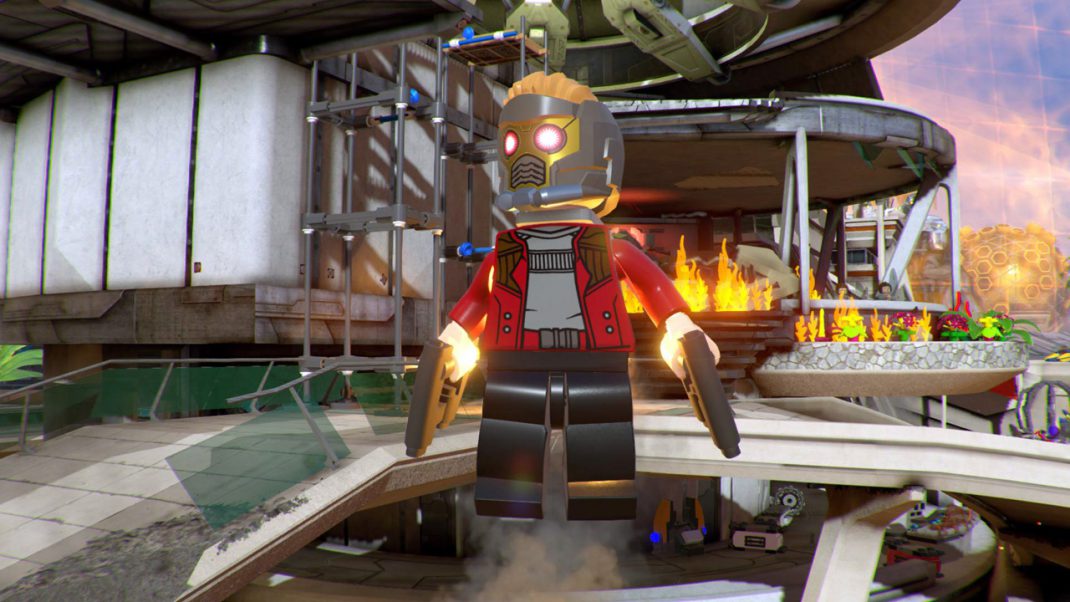 LEGO Marvel Superheroes 2 is the latest in LEGO’s utilization of its Marvel license. LEGO Marvel Superheroes 2 brings together over 230 characters and villains from both the Marvel Cinematic Universe as well as the comics – going back so far as to pull in more obscure characters like Black Knight. Time travel is a central theme of LEGO Marvel Superheroes 2. The game begins with the player in control of the Guardians of the Galaxy as they help the Nova Corps repel an invasion by Kang the Conqueror on Xandar. This opening mission serves as a basic tutorial into the LEGO game mechanics as well as a setup of the game’s central plot. While most of the LEGO game puzzles are present in LEGO Marvel Superheroes 2, this LEGO title adds time as a necessary part of puzzle-solving and does so with the help of time manipulating characters like Doctor Strange. You may need to roll time back to a previous point where an object is at a previous location to tackle an obstacle, etc. 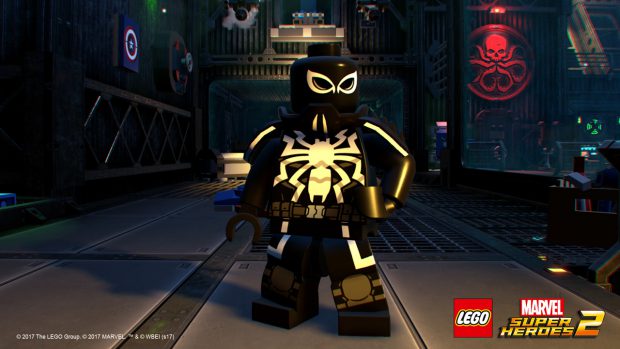 The version of LEGO Marvel Superheroes 2 I played was on the PC platform, so it is worth mentioning that the basic mouse and keyboard we PC gamers are used to playing with don’t work all that well in LEGO Marvel Superheroes 2. Instead, I opted for a gamepad and things moved along much more smoothly. Your mileage may vary, of course! Aside from needing a gamepad, the PC version of the game looked beautiful and was fully compatible with UltraWide resolutions. The voice acting is terrific, and each of the actors are convincing as their characters – even those portraying the MCU characters we know and love from the films.

Once you get done with the missions that setup the game’s story, you get ushered into what the game refers to as “Chronopolis”, a hub-style sandbox world where you can take on various missions and just explore. Chronopolis is an awesome place to explore as there are many different sections pulled from various places in time. Something that usually plagues me in these LEGO titles is the repetitive nature of many puzzles found in the game. However, I didn’t notice this quite as much with LEGO Marvel Superheroes 2 as the game tends to throw a lot of action at the player all at once. While this can sometimes make it difficult to see your objective, it is NEVER boring. In between your missions, you can hang out at the Avengers Mansion, and can make use of Gwenpool to unlock characters and other traits with cheat codes that can be purchased with LEGO studs. There are also some minor quests to accomplish around the mansion, but all the good stuff really occurs in Chronopolis. 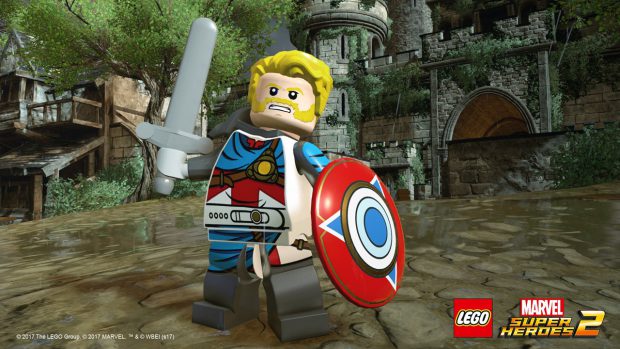 Each of the Marvel characters has a special attack geared towards their powers or skills. For instance, Starlord can entice other characters to dance with him as he jams out listening to his Walkman. Now most are a bit more functional that that one, but it cracked me up all the same. There are also more flying characters this time around, and the flight game mechanic has been well-improved, allowing for more easy control of your airborne characters. The right stick controls altitude and the left stick controls horizontal direction.

Overall, LEGO Marvel Superheroes 2 is an outstanding game which has plenty of lighthearted humor and action coupled with a devilishly gleeful number of Marvel characters to play around with. While the game can throw a lot of visual information towards the player all at once, it is eye-catching and interesting.