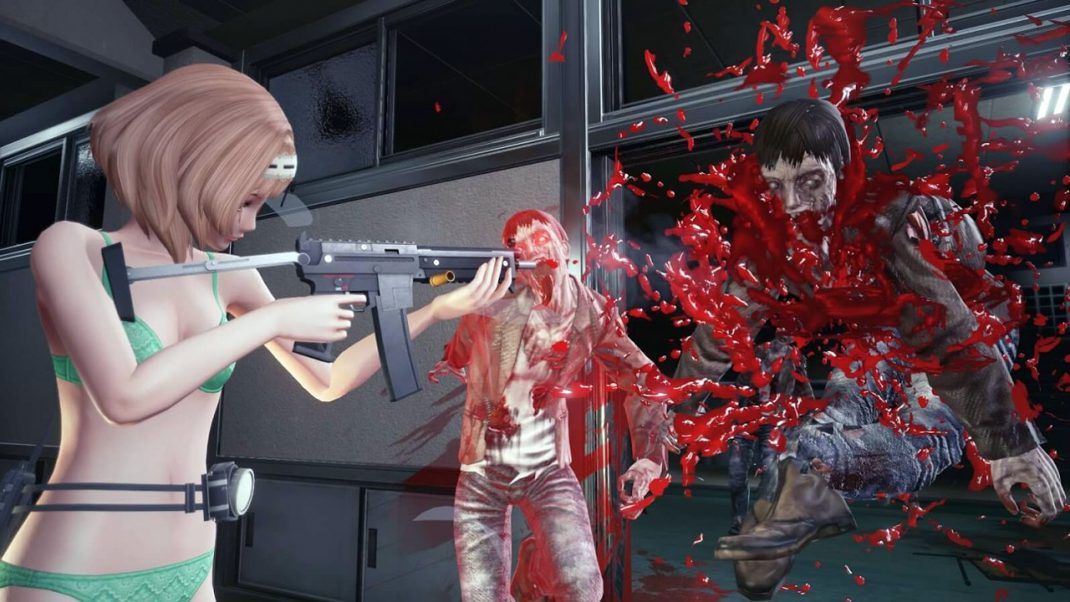 School Girl Zombie Hunter is a tale of five school girls who are the only ones left in an all-girls school overrun by zombies.  One girl is self-assured and positive, she is your first character to control and starts with a pistol.  The second school girl is withdrawn and feels very unsure even though she is a bad ass with a machine gun. Each character has her own strengths and weaknesses. The after-mission grading system seemed sort of messed up at the moment, as I did better on a mission I barely completed than one I finished with bonus time to spare. So unless you are going for trophies I’m not sure I would care about anything except finishing the mission before its time runs out. That’s easier said than done on some missions, which can be fairly challenging.  It seems like the time limit was chosen randomly, as it is almost arbitrary. It’s as though they wanted the game to last a certain length of time so missions are usually 10 minutes long.

I enjoyed the zombies pretty well, I thought there was a decent enough variety as well as a couple other kinds of enemies that kept things interesting. I wasn’t just dispatching the same generic zombie over and over again.  The game dumps weapons on you every mission, all you have to do is pick them up and complete the mission in time – no completion no weapon.  I didn’t care for the auto-aim system, but I used weapons with it for my other teammates since it worked well enough for them.  I have always been a shoot them myself, no thanks auto-aim kinda guy.  I want the zombie head shots to be all me thank you, not some fickle aim system. 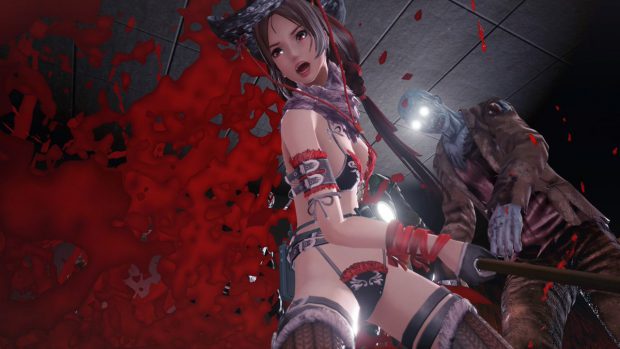 Another couple of sets of drops are dresses, wigs and… underwear.  I’ll get to the last one in a bit.  The dresses can work as a couple different ways, the first being like armor, the more beat up you get the more holes in it with peeks to the undies set underneath.  Now if you are excited about seeing under the school girl uniforms here is step one, get them shot up.  Apparently though zombies are just as attracted to school girl uniforms as you are because you can throw them off and they become zombie bait with the zombies piling up on top of them.  They have some kind of attraction but if you wanted to see the zombie hunting school girls in the fancy panties or keep your team from dying this can be a good way to accomplish either or both, I will try not to judge.

As you progress new objectives and some stranger zombies start to show up but your fighting is pretty much just kept to part of the school grounds.  As the zombies get better so do the weapons to a degree, there are a few times you have to think and come up with strategies on what is the best weapon choices to take on a certain zombie type.  You will also need to figure out what zombie killing combo might open up otherwise blocked off ways and find hidden treasures on each of the levels.  It’s always about watching the timer, keeping your team alive with healing or cloths zombie traps and finishing whatever the job is. 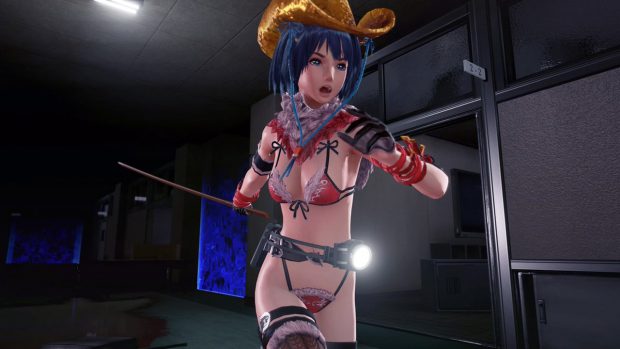 When you get further into the game you get an option to help keep your team alive by just throwing uniforms out anymore… and it gets kinda lewd.  The game makes fun of itself for it and makes a couple of not the most tactful jokes but when you are going there I guess they figure all is fair in zombie fighting and lewd game development.  So if you like to associate your school girls with fruits and vegetables you’ve found your game.

There is also a multiplayer mode so get your buddies on if they like what they see on your playing and team up against the zombie hordes.  If you don’t bring any friends you might just find yourself alone in a multiplayer match with tougher enemies.

When All Is Said And Stripped:

School Girl Zombie Hunter is an alright game with a nice selection of enemies and tasks to complete and a creative method to keep its characters alive.  Personally I would rather they had armor, thrown that off then maybe uniforms if it came to that but the developers were aiming for a crowd that liked their animated games a bit more, ahem, exposed.  If that is your thing the game has 50 levels of normal and 50 of hard, enjoy!