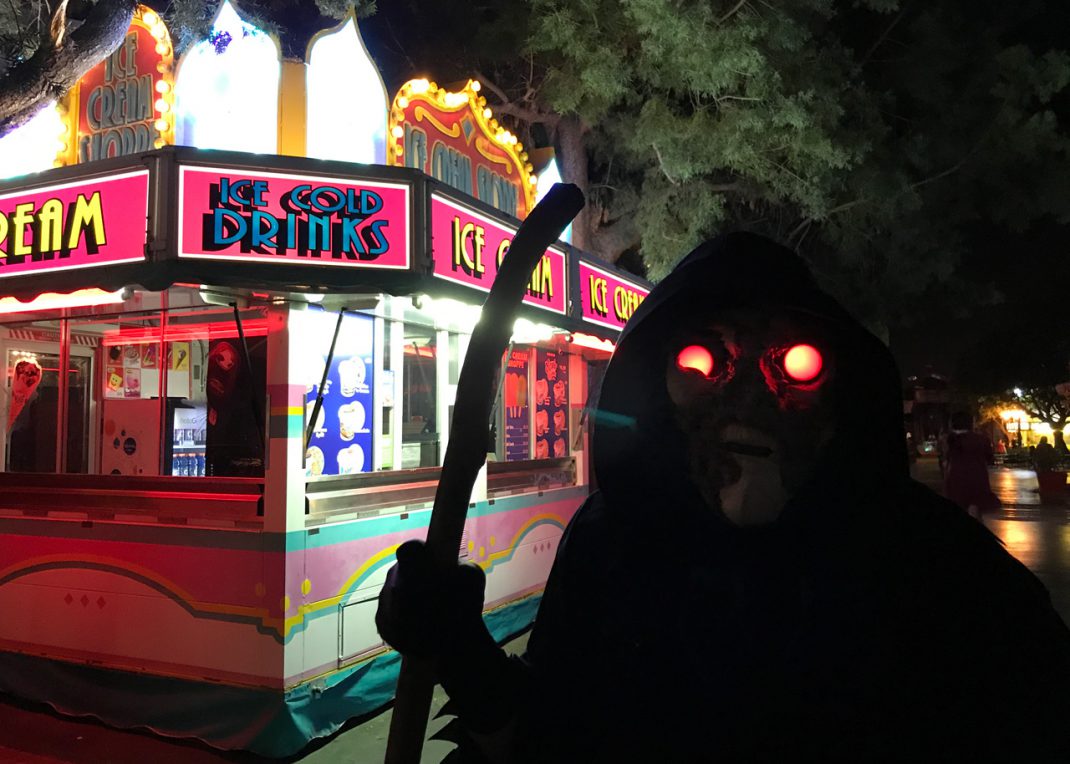 I grew up in Riverside, CA and went to Castle Amusement Park A LOT in my youth – sometimes with friends and other times with family. Built and designed in 1976 by Bud Hurlbut, one of the creators of Knott’s Scary Farm, as well as Knott’s Berry Farm’s Calico Mine Ride and Timber Mountain Log Ride, Castle Amusement Park is a fixture of entertainment in Riverside. However, despite my perusing some social media posts, I never got the chance to see their “Castle Dark” haunted event until this year! Castle Park, as it is now known since its purchase by Palace Entertainment, transforms into Castle Dark – a small haunted attraction that adds monsters and haunted houses into the park.

We arrived at Castle Park at 6:30 PM, a half hour prior to Castle Dark beginning. The park was still open, but in what they call their “Happy Hauntings” event. This is a more kid-friendly event and lets children paint pumpkins, participate in costume contests, and go through a very tame haunted house where they will even get some candy. It looked like the kids were having a lot of fun, but that wasn’t why we were there. At 7:00 PM, the PA system rang out with the announcement that Castle Dark had begun, and a small crew of monsters began roaming throughout the park, scaring guests. 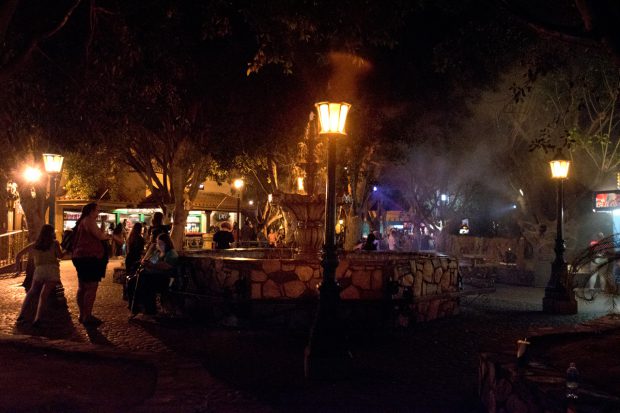 We made our way over to the “Carnival of Slaughter”, one of their haunted houses, and went on in. Carnival of Slaughter was short, but the few talent inside were committed to their scares and I even jumped once which, due to my experience with haunted houses, is very rare. Once outside of Carnival of Slaughter, we were directed into another haunted house nearby called “Castle Peak Caverns”. This maze is built on a section of the park’s railroad and has a unique layout because of that. Most haunted houses have twists and turns in order to disorient guests. Castle Peak Caverns is almost a straight shot, albeit with a slight curve. Unfortunately, there were not as many monsters in this maze that there should have, given the distance it covers. I would like to have seen more spider holes alongside the walking path for monsters to conceal themselves inside. Castle Peak Caverns has some great atmosphere – especially once you get inside the mine tunnel area. I have never seen a haunted house laid out in such a straight path before – there is potential here. The last haunted house we went into was called “Shiverton Keep” and displayed good set design, dedicated monsters, and great costuming/prop-making. This maze definitely was the best of the three we experienced that evening – however each had its own strengths that made them fun.

There is one more “haunted house” at Castle Dark, but I type that in quotations as it really isn’t scary. It is the kid-friendly “House of Halloween” maze. In this maze, the scare actors interact with the kids in non-scary ways. They can even get candy! I think this kind of haunted house is essential. Not only does it prime younger people to get into Halloween and haunted attractions, but it also allows them a great deal of fun doing it. There are not enough kid/family-friendly haunts out there. 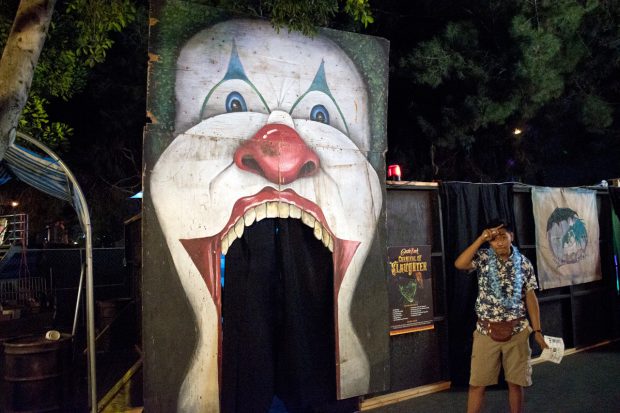 There are a couple of things that I would love to see come to Castle Dark next year. Chiefly, I’d love to see monsters lining the tracks of the Riverside Express train ride. I am a sucker for ride-based haunted attractions just because there are so few of them. Knott’s Scary Farm doesn’t really do them anymore and the LA Haunted Hayride is a hybrid ride/walk experience now. It would be great for the train to be a dedicated haunted ride – or at least better themed.

Also open during Castle Dark is the arcade and Ghost Blasters dark ride, where guests ride through blacklight-lit scenes and shoot at ghostly targets. It’s a fun ride although I think it might be cool to add some scare actors in it too! Also of note is the fried food shack where you can get all sorts of carnival eats – from friend Twinkies to funnel cake!

Overall, Castle Dark is a fun haunted event that will give both young and old some jump scares and a healthy dose of Halloween fun. If you live in the Inland Empire area, you should definitely find an evening to attend. Hours of operation, ticket information, and more can be found on the Castle Park website. 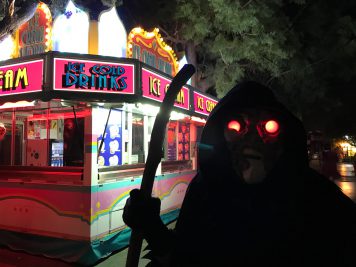 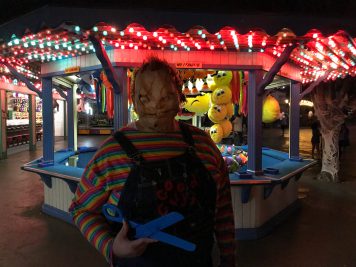 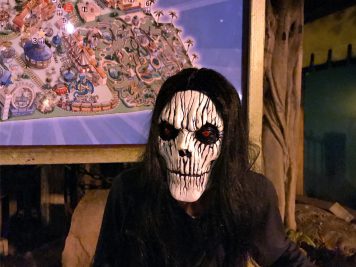 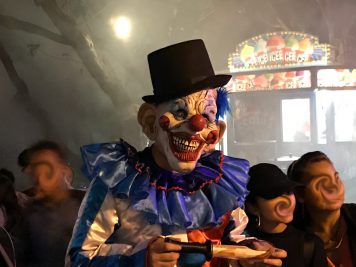 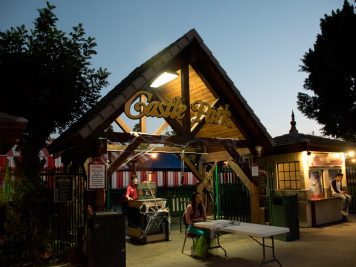 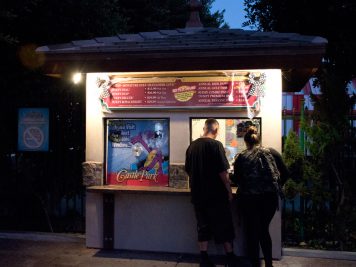 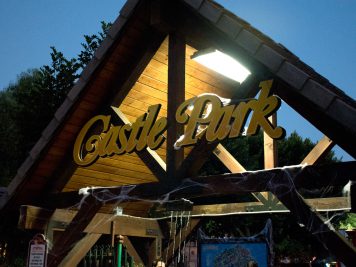 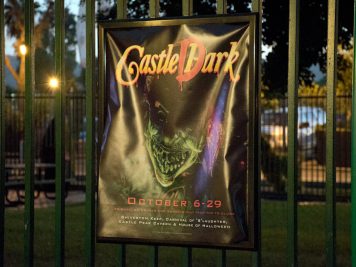 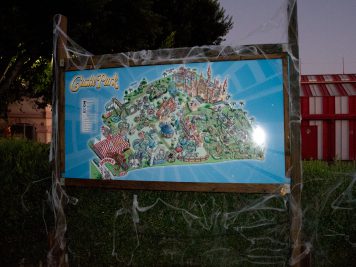 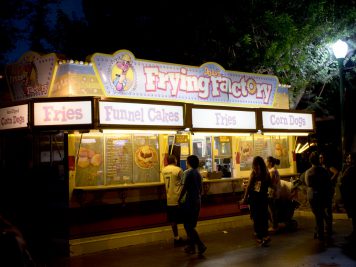 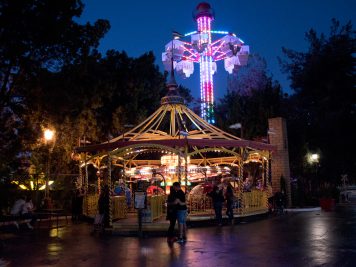 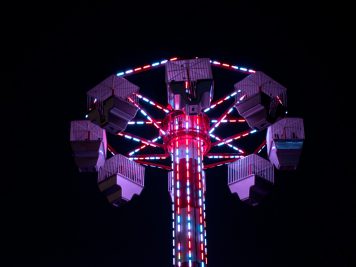 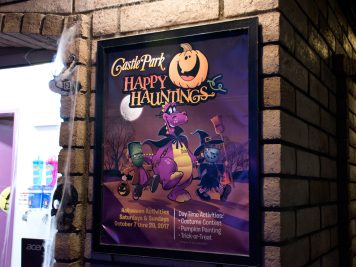 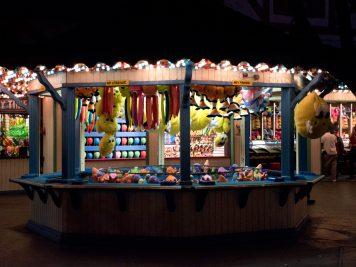 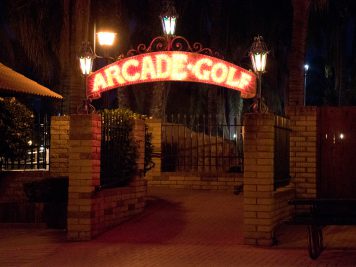 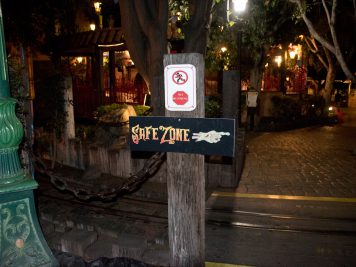 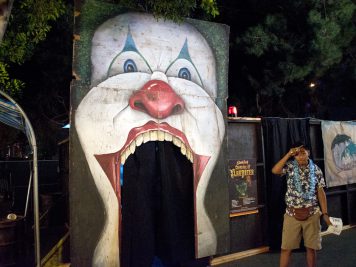 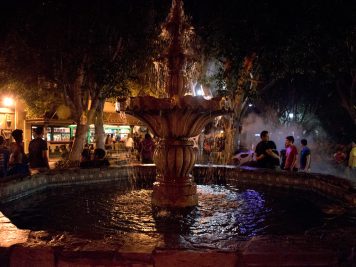 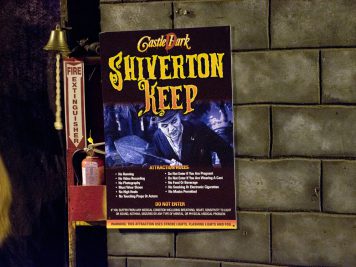 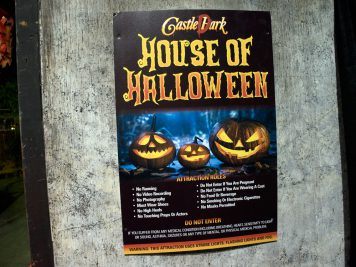 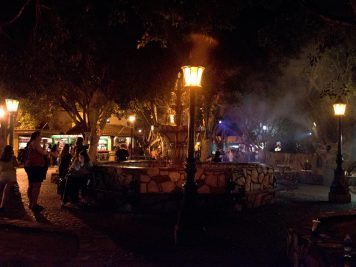