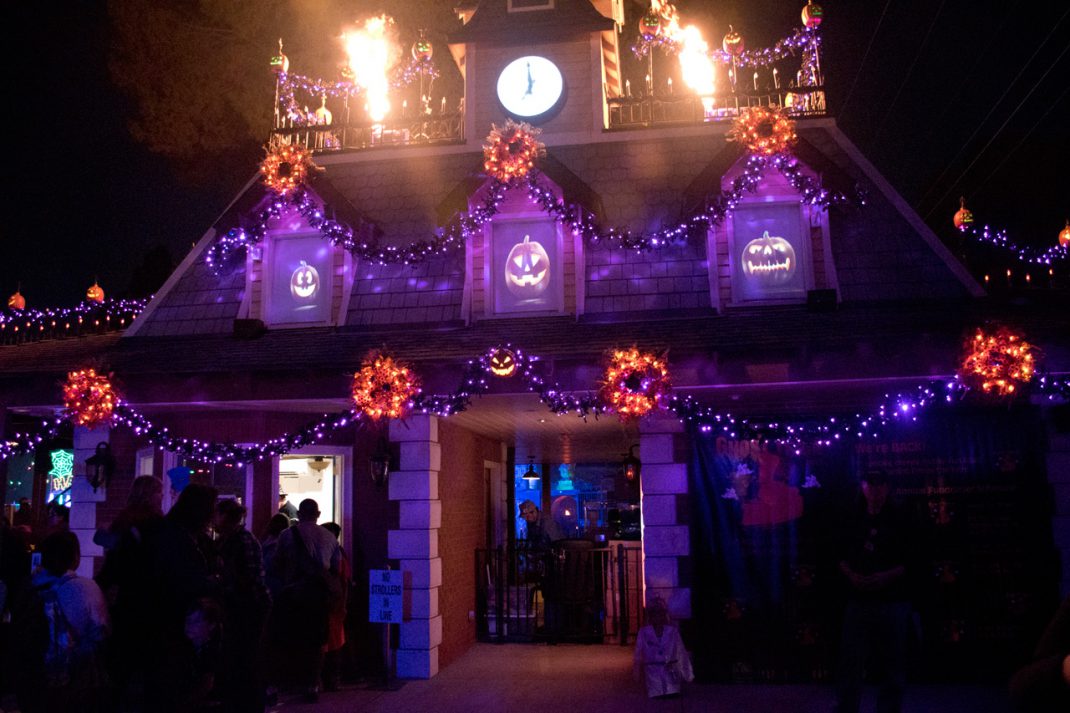 After a turbulent, one year hiatus, the LA Ghost Train has returned to the Los Angeles Live Steamers Railroad Museum in Griffith Park! The LA Ghost Train allows guests to ride on 7½” gauge model trains around spooky sets and scenes. We parked at the public park right next to the LA Ghost Train gate one hour before the attraction opened. It is important to get there early as the parking lots are small and the line gets very long very quickly. At 7:00 PM, the LA Ghost Train opened and creator Gary Baker welcomed us onto our model train. The trains are a big part of the LA Ghost Train experience and, even though it is rather dark during the evening experience, you can make out a lot of the detail to be found on the trains – the amount of work building and maintaining them has to be appreciated.

Our ride around the LA Ghost Train track was so much fun – the sets and scenes that have been constructed this year are great. Unfortunately, some of the sets had been destroyed after the event was temporarily canceled, so they had to be rebuilt. What’s even more amazing is that the LA Ghost Train crew had a VERY short amount of time to get the attraction ready after the LA Live Steamers board gave the event the green light for 2017. You would never know they only had 6 weeks to get it all together as everything looks amazing. The ride lasts for around 2o minutes and, during your ride, you’ll see a ton of spooky fun stuff.

Overall, the 2017 LA Ghost Train is an amazing experience that offers fun for all ages and is one of the best family-friendly haunted attractions in Southern California. The LA Ghost Train runs various days throughout October – check out their official website for dates, ticket information, and more. 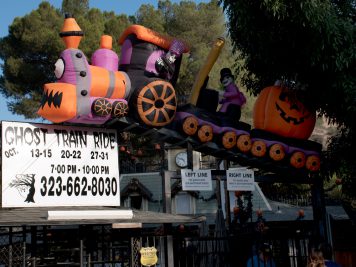 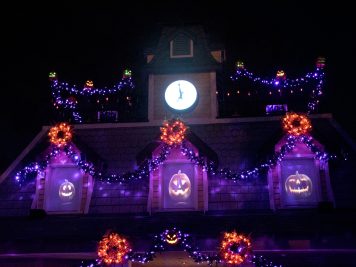 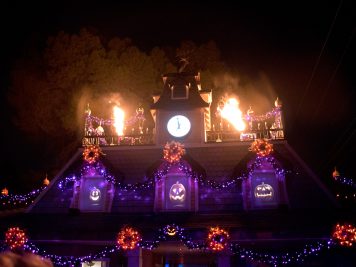 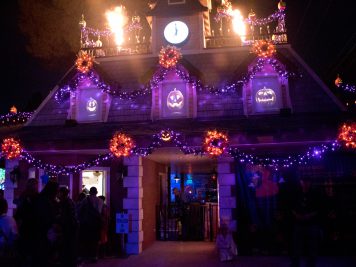 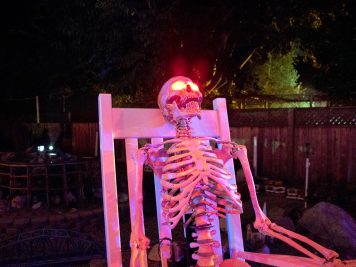 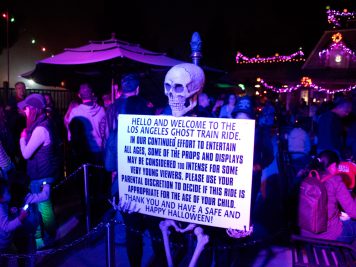