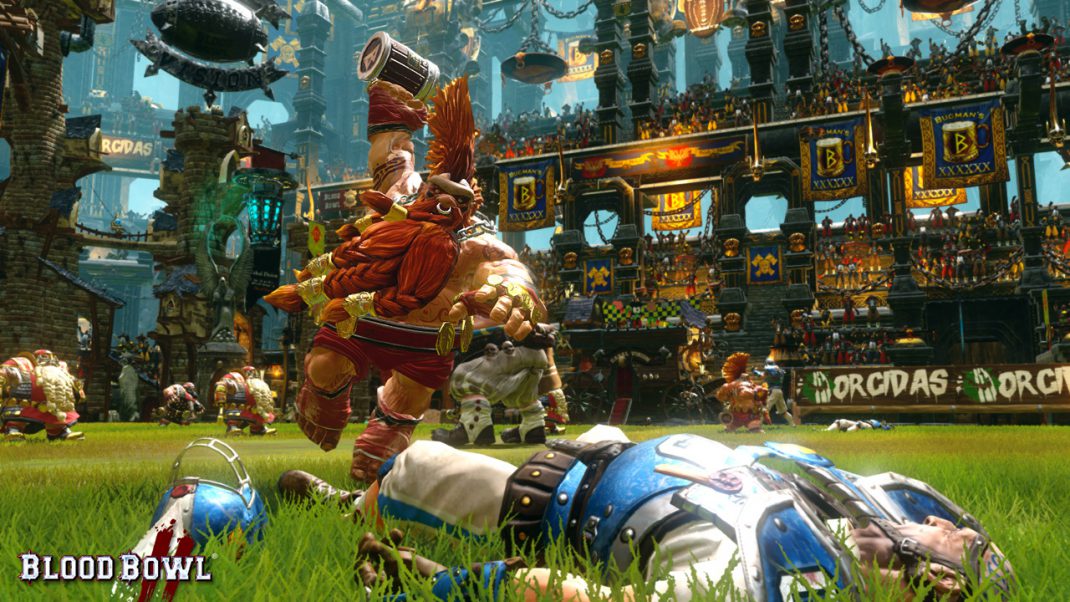 The Warhammer Universe is HUGE and they have been very smart about using the franchise in pretty much every way that can be imagined.  The IP’s use in strategy games is one of my favorite of these ways. My favorite Warhammer game I have ever played was Warhammer 40,000: Space Marine, with its third person shooting style. I actually want to go back and play it right now but I don’t have it anymore…  Oh I feel like I am missing out right now not being able to wield that chainsword, but I digress.  In this mix of strategy games is one that disguises itself as a sporting title called Blood Bowl II – Legendary Edition. Blood Bowl is a miniatures board game released by Games Workshop back in 1986 that actually already had two computer games based on it – Blood Bowl in 1995 and Blood Bowl in 2009. Blood Bowl II was initially released in late 2015. The new Legendary Edition features all the DLC and enhancements in one box. 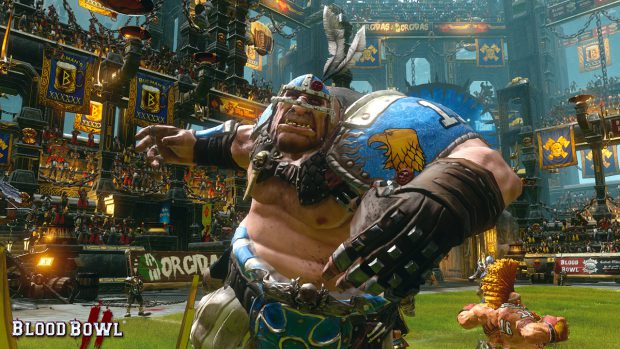 The first place you want to start playing is in the game’s Campaign Mode.  This will give players a series of goals to complete that helps show them around the field of play.  You start off as a human on a “Bad News Bears” sort of football team that dumps its coach and players then hires you to try to fix everything.  You make a contract with a company that sells bell polish which is a huge step down from the days of courting “Bloodwiser” and you don’t get near the funds you need to fill your roster.  It has you playing against an AI and I played on its standard difficulty setting of “Medium” since I had never played any other Blood Bowl title.

The graphics are well done, the commentators during the game are hilarious, and the video cuts to a cinematic style view when someone gets particularly clobbered – or the other team cheats in some way. These cinematic moments are funny and continue to feel fresh even when they happen over and over again.  Set at medium difficulty, the opposing team has certain styles of play and it  doesn’t take too long on the first few matches to see their patterns and work around them.  The hardest part are the dice rolls. If you do a battling move or if you try to run at the edge of your range it rolls for you. When running if no one is around there is a good chance that you can stop without falling on your face but I did one time run into the end zone where it did a roll and with no one around I fell down and the ball bounced a few squares away. The dice rolls are a way of keeping its RPG roots alive and adding chance to the game. 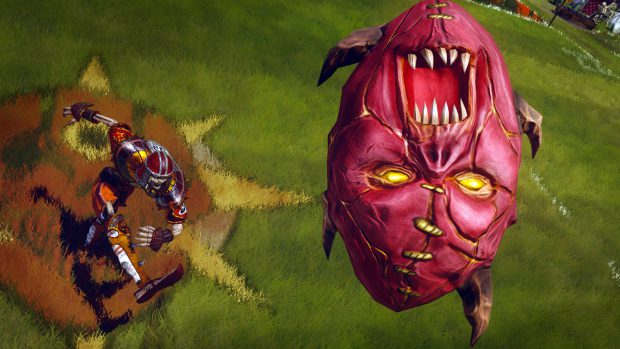 Blood Bowl II: Legendary Edition is, at its heart, a turn-based strategy game.  You get a turn and you decide where your characters move across square spaces on the field within their range of movement.  If they encounter an enemy or try to pick up the ball it gives you a percentage of chance that you will complete the task.  So, say you have one of your faster runners and he has to pass to a much slower lineman.  It might say you have a 68% of accomplishing that then when you do it the computer rolls the dice for you.  Now if you are naturally and notoriously bad at rolls in life like me you will fall on your face, get knocked out or possibly killed!  It can be pretty funny when you manage to get past all the blockers then trip over you own two feet.  And it shows a video replay of you face eating the turf.  Every role is done with virtual six-sided dice, some rolls using more or less dice depending on the situation.

The higher you get in the campaign the more interesting skills you can get for your players and upgrades to your stadium that help your team.  It’s all the little tips and such from the campaign that will give you an edge if you play other players.  You can start friendly games where it looks for a local player which means lower ping to play or you can invite a friend to play.  You can also create your own league where you play against AI through a whole season using a team you built yourself. Or, you can play Multiplayer where you search for an existing multiplayer league and join in.  It gives you different options and, let’s face it, while an AI can be easier or harder than a human opponent, it seldom thinks the same. 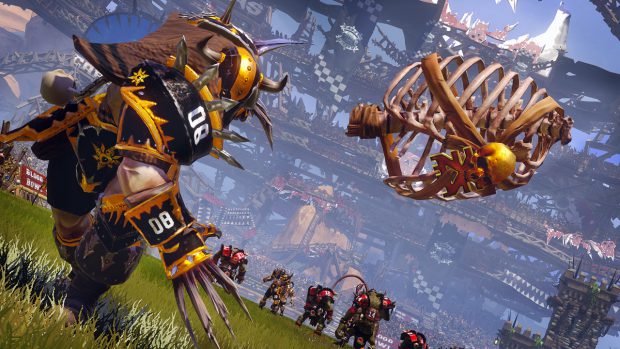 Blood Bowl II: Legendary Edition is the base Blood Bowl II game, Blood Bowl II Expansion, and 8 more race packs all combined!  The result is a whole bunch of different races you can mix together in some modes, plenty of stadiums with different upgrades and add-ons, and even a Challenge section where you have to do something crazy like kill a Thrall or make improbable touchdowns.  One of the weirdest things I think is a new race that is composed of circus folk and a trained bear…  To say this game has no end is completely true since you can even start a single player mode Eternal League where you just ever level and learn across different campaign, leagues, challenges… FOREVER.  If you really want a laugh, get a friend who swears they hate turn-based strategy game and wait until they are completely engrossed to point out what they are playing.

Blood Bowl II Legendary Edition is one of the best games in the Warhammer franchise and Warhammer is one of the best gaming franchises in existence.  Blood Bowl II Legendary Edition is not only super-addictive, but it is also the best sports game I have ever played.  Time to get back to game before the commentators say any more bad things about me or my players….